You are here: HomenextPlacesnextRATHDRUMnextThe Birds of the Avonmore Valley

The Birds of the Avonmore Valley 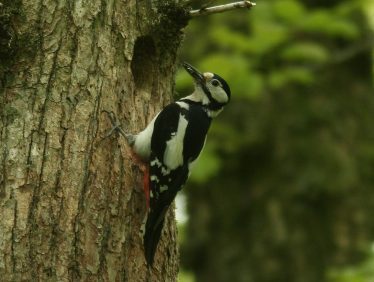 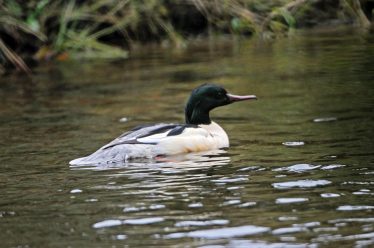 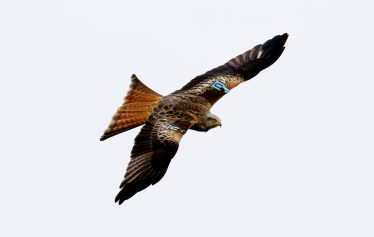 The Rathdrum woodlands extend to 250 hectares, in the valley of the Avonmore River, consisting mainly of natural oak forest located between Clara and Rathdrum, including Croneybourne and Ballygannon.  The  mixed woodland  and parkland of Avondale to the south of Rathdrum comprises a further 200 hectares, and all of the area is accessible to the public via nature trails and paths.

This block of natural habitat contains most if not all of the woodland breeding  species one could expect to find in Ireland and also a selection of riverine birds, including some of our scarcest species.

In spring and summer the native oak forest echos to the birdsong of the woodland communities:  common warblers include Chiffchaffs, Willow Warblers and Blackcaps, newly arrived from Africa; much rarer relatives include Redstarts and Wood Warblers and Spotted and perhaps Pied Flycatchers complete the visiting summer cast from Africa.

In winter the woodlands appear to be quieter, but the resident species include our smallest breeding species, the Goldcrest and mixed flocks of up to four tit species.  Other residents include the Treecreeper, until recently the nearest we had to a Woodpecker in this country. However that has all changed with the discovery in these woods of the Great Spotted Woodpecker, a species that has expanded across its European range and has finally bridged the gap and crossed the Irish Sea to colonise our native oakwoods.  They are more likely to be heard in spring when the resonant ‘drumming’ of birds marking out their territories can be heard, though they can also be seen chasing through the oak canopy before it gets leafed over.  Another noisy member of the woodland community is the Jay, a brightly coloured crow species that feeds on acorns and is generally shy, showing its white rump as it retreats from view.

Closer to the riverbank, amongst the overhanging Alder and Birch trees, look out for small finch flocks in winter: Siskins and Redpolls feed on catkins and cones and the highly specialised Crossbill frequents the conifer stands.  As with all woodland birds, knowledge of bird calls will usually alert you to their presence.  Come summer time the Avonmore is host to some special breeding birds:  The Grey Heron is a frequent visitor to the quieter pools of water where it stalks fish prey with grest patience. Along the faster stretches of water, look out for the unique Dipper, looking like a white breasted Blackbird, that launches itself off a rock to forage or literally walk underwater searching for insect prey.  They nest in crevices in banks and under bridges, along with the brightly plumaged Grey Wagtail, complete with contrasting yellow breast and grey mantle.  Along the slower stretches of water a jewel of a bird hunts for small fish prey: the Kingfisher, with its irridescent blue back and orange underparts, often only seen as a flash, flying ahead of the observer; they excavate a nest hole in a sandy riverbank.  The riverine bird community is completed by the elegant Goosander , a large and very rare duck from a family know as ‘sawbills’; with a bill or beak which is adapted for catching and retaining scaly fish.  They nest in holes in large trees such as the oaks, and the male has a distinctive dark green head and white underparts, the female is greyer overall with a shaggy  chestnut head.  They often flock together to form extended parties of young birds with an adult or two, and move swiftly up and down the river system on strong wing beats. They are one of our rarest breeding species.  The presence of such a wealth of riverine birds is an indication of the health of the river, a precious resource.

A healthy and varied bird population means that predators are in evidence in the area.  The Sparrowhawk and Long eared Owl are well established predators that nest in mature trees and hunt small birds and rodents, respectively.  The Long eared Owls are active at dusk and at night, as is the Woodcock, a wading bird that displays or ‘rodes’ over cleared areas of forestry in spring, uttering a distinctive call.  Other predators include the Kestrel,  Peregrine falcon and the Buzzard; the last named at home in the mixture of habitats that include woodlands to nest in and open farmed areas where they pursue Rabbits and rodents for prey.   Our newest and perhaps most spectacular bird of prey is the Red Kite, the subject of a reintroduction programme of birds which originated in the Welsh valleys. This project has seen the release of 81 birds in Wicklow over a 3 year period.  They cut a distinctive and majestic silhouette in the sky over Rathdrum, with huge brown wings and a long forked tail that is often used as a rudder.  They are typically carrion feeders, and like all birds of prey are susceptible to poisoning, either accidentally or otherwise.  They have nested successfully and are already a firm favourite amongst birdwatchers and walkers alike.

BirdWatch Ireland is a registered charity and is Ireland’s largest conservation organisation. By joining and supporting us a member you will ensure we can continue our work protecting birds and biodiversity.  http://www.birdwatchireland.ie/