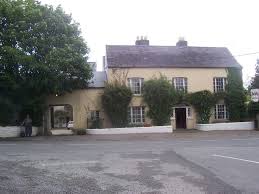 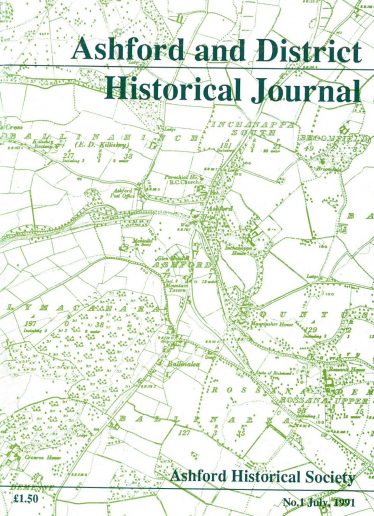 “At Newrath Bridge we find good post-horses and carriages, at Hunter’s excellent hotel, its proprietor boasting — and justly so — of the entire approbation bestowed upon his admirably managed establishment by patrons of the higher ranks”.

This is how Hunter’s Hotel was described in the tour guide of Ireland published in 1854. Indeed, Hunter’s Hotel, or Newrath Bridge Hotel as it was formerly known, has for a long number of years enjoyed the praise and patronage of noted travellers and gourmets from both home and abroad.

Built about 1720 as a coaching inn where travellers could rest and change horses, it formed part of the Rossanna estate, then the property of Sir John Eccles, before passing into the hands of William Tighe in 1742.

Newrath Bridge Hotel derived its name from the local townland Newrath, formerly Newry, the anglicised version of “an-iubhrach”, Irish for Yew. Two yew trees still stand at the end of the hotel garden, overlooking the Vartry River. The adjacent bridge was an important communication link at that time, forming part of the main Dublin to Wexford Road (the road linking Rathnew to Ashford, Tighes Avenue, not being built until 1745).

In 1774, the Inn was leased from William Tighe by a Mr. Daty Rose, at which time a survey of the hotel, garden and adjoining lands was carried out, the lands being listed by names such as the “Brickfield” the “Potato Field” and the “Back Field”

In 1786, the Inn was listed in “The Post Chaise Companion”, an important travellers’ directory of the time. It supplied details to travellers of notable places to see and stay.

About 1825, John Hunter, who it seems had previously been a manservant or butler to the Tottenham family of Ballycurry, leased the Hotel from the Tighe estate. Over the following years under his guidance, the reputation of the Newrath Bridge Hotel increased further.

While writing their book, “Halls Tour of Ireland”, Mr. and Mrs. S. C. Hall stayed there and commented, “We strongly recommend Mr. Hunter’s Inn at Newrath Bridge which is according to our experience the most comfortable in the county”.

John Hunter had two sons, Robert and George. Robert took over the management of Hunter’s from his father, while George ran the Woodenbridge Hotel in Avoca. This was another coaching inn which had been leased by the Hunter family in 1858. It remained in the family for about sixty years until the start of the First World War.

On Sarah’s death, the Hotel passed on to the Gelletlie family, Sarah’s sister Frances having married Thomas Gelletlie, a watchmaker from Wicklow. Today, the Hotel is still run by Mrs. Maureen Gelletlie, daughter in law of Frances and Thomas, together with her sons, Richard and Tom.

There are many interesting features about the Hotel such as Parnell’s Chair, beautifully ornate and inlaid with brass plate. Positioned in the corner of the drawing room facing the door, it is said that he placed a small silver pistol on the table while he played poker with his friends, supposedly to defend himself against would-be assassins. The more cynical suggest it was to deter cheating.

At the entrance to the garden from the side of the Hotel, an old sign commands,

“Ladies and gentlemen will not, and others must not pull the flowers in this garden”.