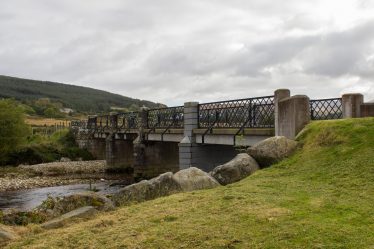 Ballysmuttan Bridge is a scenic spot on the Liffey which is popular for picnics and bathing. It is said that a family drowned here while trying to cross the river in the early 19th century and that the local landlord constructed the bridge as a result. It was also in this area that a man named Walsh died in a snowstorm some time around 1800. The Ordnance Survey letters recorded that a stone cross was erected to mark the spot of this tragedy. This may be the medieval cross-slab which stands on the roadside about 0.5 km uphill from the bridge.

The Irish name of Ballynasmuttan is Buaile na Smután, which means ‘the summer pasture of the tree stumps’. Like Ballynabrocky further upstream, this is indicative of the practice of booleying, where animals were brought to upland areas during summer months to graze on fresh mountain meadows. 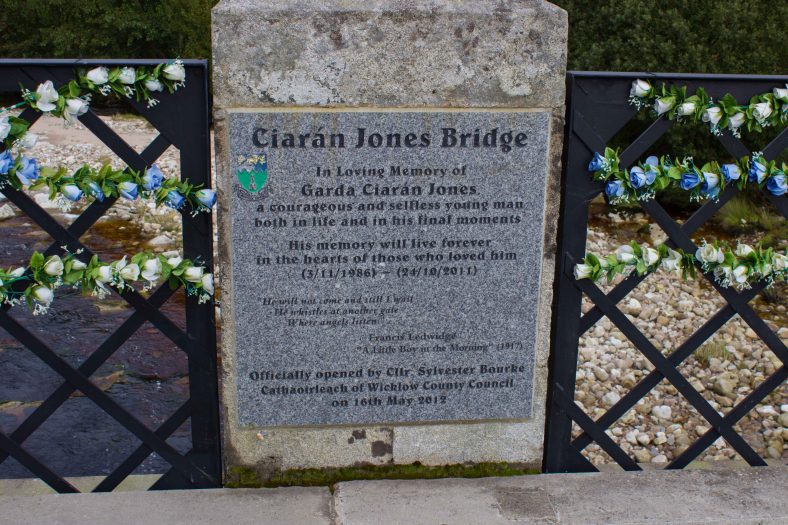 Ballysmuttan was the location for a famous study of trout along the River Liffey conducted in the 1930s. Dr. Rowland Southern and Dr. Winifred Frost wanted to discover why trout grew to different sizes at different points along the river. Their study showed that the acidity of the water, which was affected by the underlying geology, was an important factor. At Ballysmuttan, the more acidic water meant that trout were much smaller than elsewhere. Dr. Southern died before the study was complete, but Dr. Frost went on to have an impressive career as a biologist and a published authority on trout and other fish. This was at a time when women found it more difficult to establish their credentials in the scientific community.

Bridge and the Hollywood elite

The popularity of the bridge was increased when it was used as a location for the filming of P.S. I Love You, a 2007 film starring Hilary Swank and Gerard Butler, based on the novel by Cecelia Ahern.