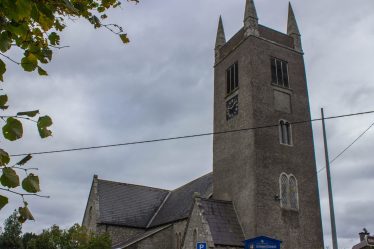 Blessington was founded in the 17th century by Michael Boyle, Archbishop of Dublin and later of Armagh, who bought the lordship of Threecastles for £1,000 in 1667. He was a significant figure in 17th century Irish politics. In 1650, he acted as a negotiator between the Royalist forces and Oliver Cromwell while in 1665 he was appointed Lord Chancellor of Ireland. He built Downshire House to the north-west of the village. It was surrounded by a landscaped demesne and was arguably an early iteration of the Big Houses and surrounding parklands that would become a feature of the Irish countryside in the following century.

St Mary’s Church of Ireland in Blessington village was also built at this time and the bells were donated by the Archbishop soon afterwards. One claim to fame is that the clock on the bell tower is the oldest public clock in Ireland. Downshire house was burned during the 1798 rebellion and was described as a ruin on the first edition Ordnance Survey map of the 1840s.

It is said that the name Blessington is related to the fact that Bishop would bless the local people as he passed through, although the name of the town in Irish, Baile Coimín, or Comyn’s town, does not support this. It may be that Coimín was confused with the Irish word Comaoin, which means blessing.

Archbishop Boyle’s son Murrough became the first Viscount Blessington. The estate passed through several families during the 18th century until the Hill family took over. William Hill was created the first Marquis of Downshire in 1789. He and his heirs played an important role in the development of much of the fine architecture along Blessington’s main thoroughfare, including the Credit Union house, which was once a market house. 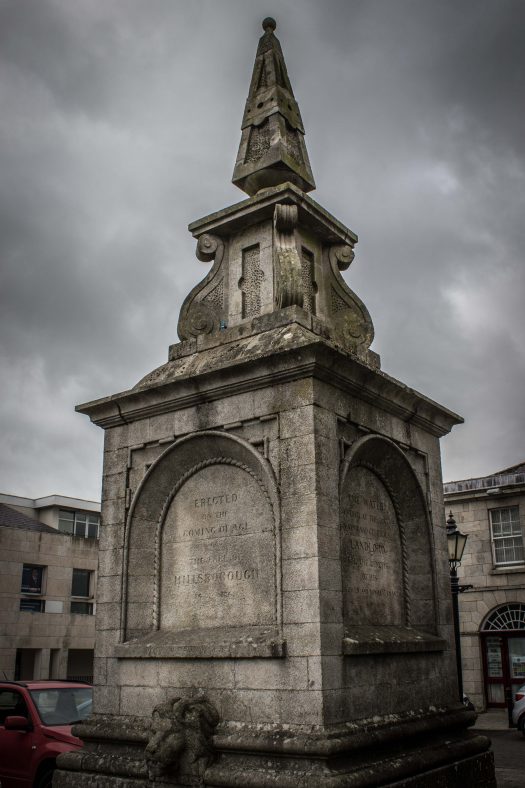 The Downshire Monument in the town centre commemorates the coming of age of Arthur Hill, heir to the Downshire estate in 1853. It was erected as a token of gratitude by local tenants, something which marked out the Hills as one of the more benevolent and respected landlords of the time.

Other notable features of Blessington include St. Mark’s Cross which was moved from the old medieval settlement of Burgage More to the new graveyard in the 1940s, and the nearby Blessington Lake, which provides an ideal environment for many sporting and recreational pursuits.