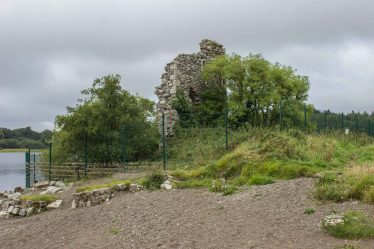 Just south of Blessington town and on the shores of the lake is the deserted medieval settlement of Burgage More. These days the waters of the reservoir lap its shores, but in the medieval period this was a thriving place on the banks of the River Liffey. Medieval documents tells us that Burgage More was part of the lands of the Bishop of Glendalough in the 12th century. The ruined church is testament to the presence of a significant ecclesiastical community, while the tower house that stands on the lakeside to the south of the church is another indication of its former status. Indeed the name Burgage has connotations with Norman settlement, although there was probably a settlement here before the Normans arrived in the late 12th century.

The surrounding area was much altered following construction of the reservoir in the 1940s. In advance of this, many burials, monuments and architectural fragments from Burgage More were moved to the new graveyard about 1km to the north on the outskirts of Blessington. The most significant item is St Mark’s Cross, a medieval high cross that stands over 12 feet tall. It was originally located beside a holy well to the south-west of the ruined church. Today it can be seen at the south-western end of the new graveyard. Up until the 19th century, it was also known as St Baoithin’s cross. He was a saint from Kildare who died in the early 7th century and whose feast day falls on December 13th. 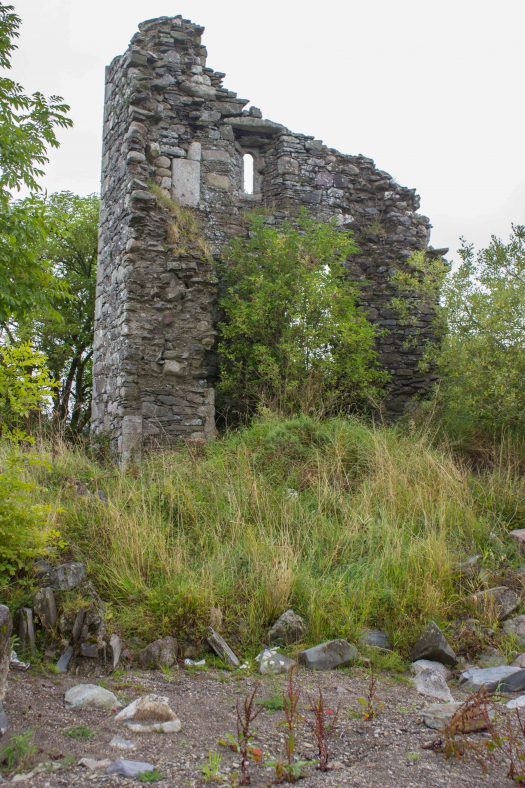 High crosses were symbols of prestige and status in Irish monasteries and date from between the 8th and 12th centuries. The high cross from Burgage More is distinctive for several reasons. It is made of granite but is less ornate than some of the more well-known Irish high crosses. The cross is also unusual in that the ringed head is not perforated i.e. it does not have holes between the arms. Sitting on a broad base, its tall slender appearance is attractive, while the unusually long arms of the cross give it a unique look. There are two circular bosses in the centre of the face of the cross on either side, which are though to represent the sun or Christ at the centre of the universe. Lettering in old Irish which is now barely discernible is carved on the base.

Folklore and the High Cross

A second high cross which is missing part of the head was also found at Burgage More and has been relocated to the modern graveyard. This may be the cross which features in a local tale. According to tradition, a man once knocked part of the head off the cross, but it fell on top of him, sinking him into the ground, where he remained permanently stuck.