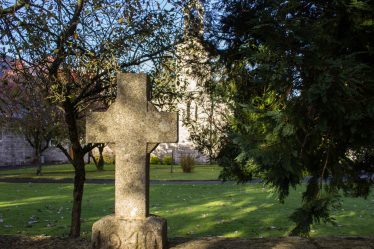 The village of Manor Kilbride is the first main settlement close the River Liffey. It is situated in the foothills of the Wicklow Mountains and to the north of Blessington Lake, where the river emerges from its upland course and begins to journey across more level land. The Brittas River flows from the north to join the Liffey and the village follows this north-south orientation. Its name in Irish is Cill Bhríde, the church of Bríd or Bridget, which hints at an association with the great female saint of Kildare. Although there are no ecclesiastical ruins in the area, two holy wells to the west of the village are dedicated to St. Kevin and St Brigid respectively.

The Manor portion of the name comes from an early 19th century Tudor Revival house built by Sir Lorenzo Moore. He purchased the Manor and Lordship of Kilbride in 1824 and built a fine mansion shortly thereafter. The house, surroundings, lands and indeed the village were part of this estate. The latter became known as Manor Kilbride to distinguish it from Kilbride in nearby Dublin. The Moore family remained in situ until the 1950s and today the Manor is a privately-run guesthouse. A lesser-known house is the area is Glen Heste, which was destroyed by fire in 1958. In its heyday it had its own private airstrip. 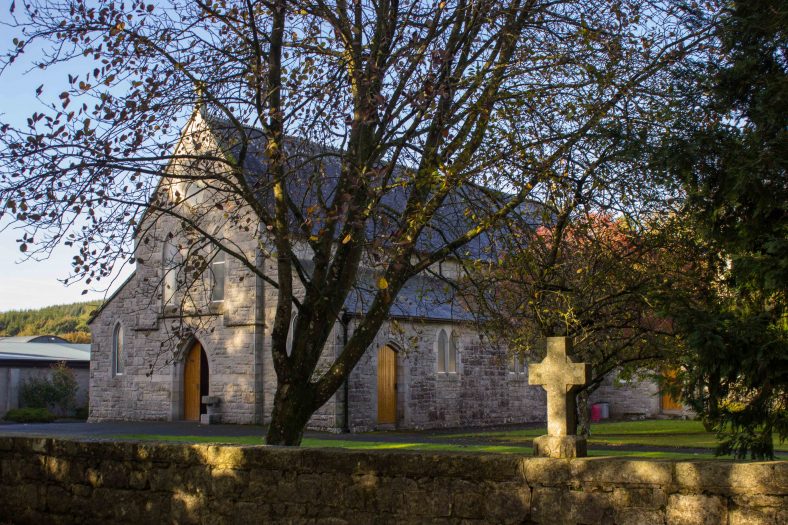 Wicklow Granite has been quarried at Goldenhills to the north-east of the village. Stone from here was used in the construction of many prominent buildings in Dublin, including the Custom House, the Four Courts and King’s Inn.

Ballyward Bridge spans the Liffey south of the village centre. Built in 1813, it was washed away during Hurricane Charlie in 1986 but was later rebuilt and reopened.