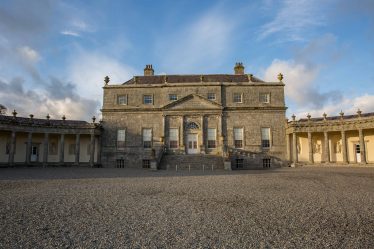 Russborough House is a stunning example of Palladian architecture, and it has remained relatively unaltered since it was first constructed in the mid eighteenth century. It was originally constructed for Joseph Leeson. He had inherited a substantial sum of money from his father, and was the proprietor of a successful brewing business. He commissioned the eminent architect Richard Castle to design one of the finest mansions in Ireland. Castle had gained fame through his work on Powerscourt, Carton House and Leinster House in Dublin.

As well as being beautiful externally, the interior of Russborough is also striking. It was the first house of this kind to use West Indian mahogany, this was usually ballast in ships and was sold off cheaply in Dublin but acted as a great replacement for the more expensive and rarer native woods. Leeson also had marble imported from Sicily, and incredibly detailed stucco work by the Lafrancini family that took fifteen years to complete.

?As soon as work began on the construction, Joseph Leeson went on a ‘Grand Tour’ to find the finest art and treasures to fill his house. However the ship that carried Joseph’s treasures was captured by the French and never made it to Ireland. Undeterred, Joseph set sail again with his son and nephew to gather more fine works of art, statues and furniture.

Joseph became the Earl of Milltown in 1763, and his descendants continued to collect fine art, until 1902 when Geraldine Evelyn Stanhope, wife of the 6th Lord Milltown donated the contents of the house to the National Gallery in Dublin, where much of it is on display today in the Milltown Wing. 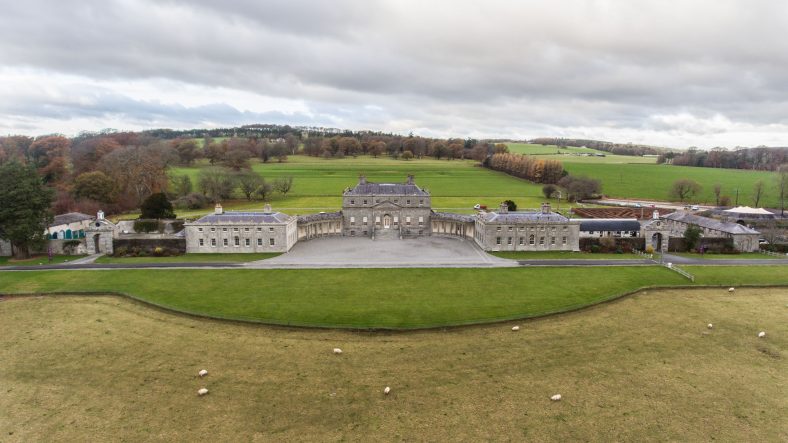 In 1931, Russborough House was sold to Captain Denis Daly, who sold it twenty years later to Sir Alfred Beit, who was another avid collector of art. The Beit family had earned their fortune through mining in Africa, and Sir Alfred’s uncle had co-founded the famous DeBeers Diamond Mining Company. Alfred and his wife Lady Clementine lined the walls of Russborough with works by masters such as Goya, Velázquez, Vermeer and Rubens. Unfortunately for the Beits, their collection had become internationally famous. In 1974, an IRA gang led by Rose Dugdale (a wealthy English former debutante and socialite), broke into Russborough, and tied up and assaulted the Beits. They stole sixteen paintings. Thankfully all the paintings were recovered when the Gardai raided a house in West Cork that Rose had rented. In 1986 the house was targeted again by the notorious Dublin criminal Martin Cahill (known as the General). On behalf of a loyalist paramilitary gang, he stole a number of the paintings. The majority were recovered though unfortunately some were damaged beyond repair. In 1988 the Beits donated the majority of their collection to the National Gallery for safekeeping, though that did not stop further break-ins in 2001 and 2002, though thankfully all the paintings were recovered on each occasion. The paintings donated to the National Gallery can still be seen in the Beit Wing.

The Beits established the Alfred Beit Foundation that has managed the house since 1976. Sir Alfred died in Dublin in 1994 and Lady Beit continued to live on at Russborough until her death in 2005. Today Russborough is a wonderful place to visit. Along with the stunning house and art you can also enjoy the beautiful gardens and parkland. The parkland surrounding Russborough was laid out in an eighteenth century style with original demesne features still existing such as a walled garden, an ice house, lime kiln, grand entrance arch, field obelisks and terracing.