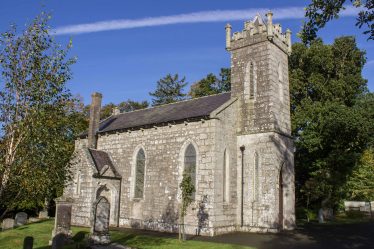 Cloghleagh is nestled in a steep wooded valley close to where the Shankill River sweeps down from the mountains to the north to join the Liffey. A small deserted medieval settlement lies in the midst of trees just to the east of the distinctive early 19th century granite bridge over the Shankill. Seventeenth century records show that there was a settlement here but little else is know about who occupied the deserted homestead. A ringfort nearby overlooking the River Liffey is further evidence of a long history of habitation.

The main feature of the area is the quaint and compact Church of Ireland church of St. John. It was built in 1834 and financed by the Board of First Fruits. This body had been established in the early 18th century under the auspices of Queen Anne, a sister-in-law of William of Orange. The Board provided funds for the construction and refurbishment of Protestant churches and glebe houses for clergymen throughout Ireland. Some of the Board’s revenue came from the tithes, a compulsory tax levied on farmers and much resented by the majority Catholic population. 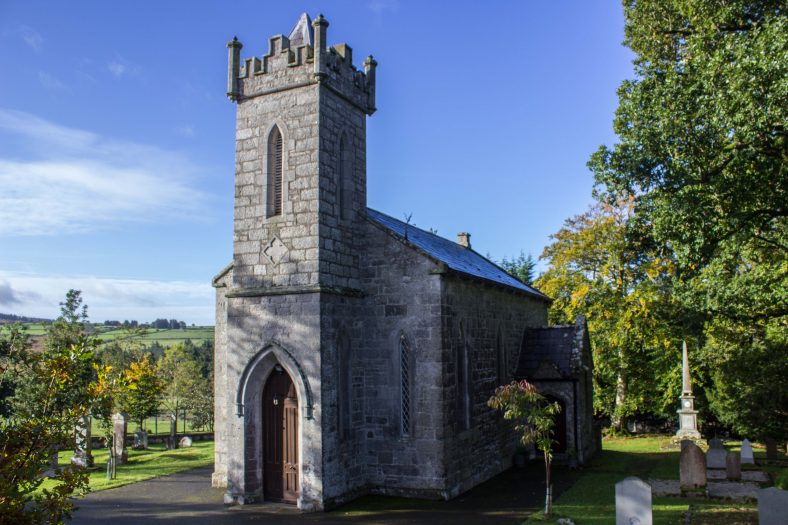 Built of local granite, the church in Cloghleagh has an attractive setting overlooking the Liffey and surrounded by mature trees and a graveyard. The tower at the east end of the church has a distinctive crenellated parapet with corner pinnacles, while the stained glass and latticed windows are characteristic of 19th century Protestant churches. At the base of the tower is the main entrance; a beautiful pointed arch doorway with a moulded dripstone above it.