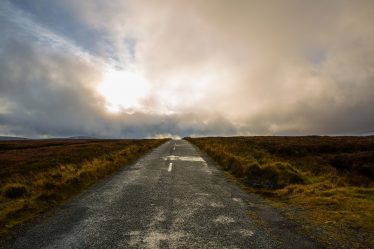 Liffey Head Bridge was built as part of the Military Road, an early 19th century initiative of the British Army. Ireland had experienced turmoil in 1798 when the United Irishmen rose in rebellion against British rule. The east of the country, particularly the counties of Wexford, Kildare and Wicklow, was the hotbed of the revolt. Although defeated, remnants of the rebels remained active in the remote and inaccessible Wicklow Mountains in the aftermath of the rebellion. Led by Michael Dwyer, a native of the mountains, they continued a guerilla-style campaign. In order to assert their control over this area and subdue the rebels, the British Army needed quick and easy access and it was for this reason that the road was built. At the time, there were several roads running east-west across the Wicklow Mountains, but none running north-south. The strategic new road would make this isolated area far more accessible and prevent rebels from operating unhindered.

Construction of the Military Road began in August 1800. The work was led by Captain Alexander Taylor of the Royal Irish Engineers. He a noted engineer of the time who had already overseen the building of many roads across Ireland. This project was one of his most challenging. This was a wild and untamed upland of soft blanket bog where exposure to harsh weather was commonplace. Four teams of soldiers worked in turn to built the road, using shovels, pickaxes and wheelbarrows. Taylor was in charge of the work for nine years until the completion of the road in October 1809, by which time he was 63 years of age. His complaints of rheumatism were undoubtedly made worse by his involvement in this particular project. 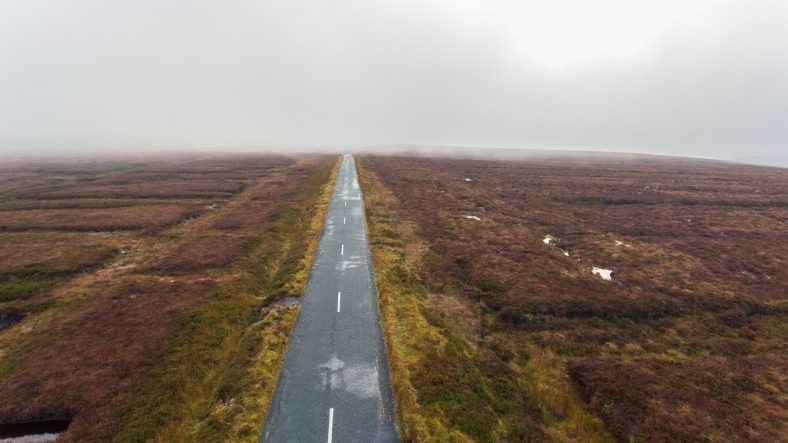 The road began in Rathfarnham in south Dublin and ran for a total distance of 43 miles to Augavannagh, with a spur running east to Enniskerry. The route passed through Glencree, Laragh and Glenmalure. Barracks were constructed at each of these locations and also at Augnavannagh and the Glen of Imaal. Each one was designed to house 100 troops and was well-fortified to defend against attack. The barracks were almost obsolete by the time they were finished. Dwyer had surrendered in 1803 and the threat of French invasion, which was another reason for building the road, receded after the defeat of Napoleon in 1815.

Today the Military Road is a popular driving route affording the opportunity to enjoy the splendid mountain landscape of Wicklow.