You are here: HomenextPlacesnextRIVER LIFFEY HERITAGE PROJECTnextThe Natural Heritage of the River Liffey

The Natural Heritage of the River Liffey 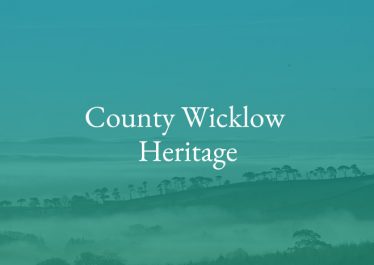 The River Liffey and Glaciers

Fish Species in the River Liffey

Fish Life in the River Liffey

Eels in the River Liffey

Water Quality of the River Liffey 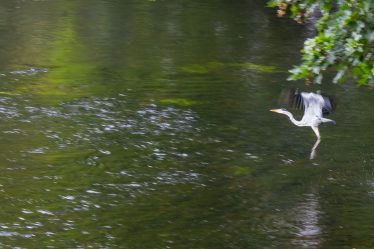 The natural heritage of the River Liffey is an integral part of its story. It encompasses the physical geography, ecology and biodiversity along the river. All of these facets of the Liffey are significant in their own right. They have also played no small part in influencing human activity and built heritage along the river. The natural heritage of the River Liffey changes greatly as it makes its way from the Wicklow Mountains to Dublin Bay.

Click on an audio clips to the right to find out more River Liffey Stories about Glaciation; Fish Life  and Water Quality.

The source of the river is in an area of blanket bog in the Wicklow Mountains known as the Liffey Head bog. Blanket Bogs cover much of the upland areas of Ireland, include vast stretches of the Wicklow Mountains. Here the covering of peat which has built up over thousands of years is about two metres thick. The main plant species in this area are heathers, mosses and bog cotton and the process of peat formation is still taking place as here as these plants decay. Bog cotton produces white tufts each summer from which it gets its name. The bog is home to the Red Grouse, a rare and endangered species of bird.

The Wicklow Mountains as a whole is home to an estimated 15,000 wild deer and these shy creatures can sometimes be spotted close to the river. Many of them are hybrids due to the interbreeding of the native Irish red deer with the sika deer that were introduced from Japan in the 19th century.

The waters of the Liffey form an important habitat for a variety of birds and fish. The most prominent fish species are salmon and eels. Each year, salmon enter the Liffey from the sea and swim upstream to spawn in the upper reaches of the river and its tributaries. A special shaft was constructed within the dam at Leixlip that allows the fish to negotiate their way upstream. Once they hatch, the young salmon commence a long journey in the opposite direction to the waters of the Atlantic where they feed before returning again to complete the cycle. However, they have never been able to penetrate above Poulaphuca and are not found in the upper reaches of the river.

Eels undertake the same migratory process in reverse. They breed in the Sargasso Sea at the other side of the Atlantic Ocean and swim across to take up residence in the Liffey. Most stay in the lower reaches around Dublin but some of the more adventurous ones have been known to negotiate the weirs and head upstream.

The River Liffey was the subject of an important study of trout carried out in the 1930s by Dr. Rowland Southern and Dr. Winifred Frost. They showed that trout in the alkaline waters of the Liffey, where the river flows over limestone, grow to a larger size than trout in the more acidic waters of the upland areas. Ballysmuttan in Wicklow and Straffan in Kildare were the two main sites on the Liffey where this study was conducted. Blessington Lake and Leixlip Reservoir are the two most popular angling spots along the Liffey. Trout, pike and perch are amongst the species found here. Unfortunately, trout numbers in Blessington Lake have been adversely affected by the presence of pike and perch.

Blessington Lake’s importance for birds has been recognised by its designation as a Special Protection Area and a Wildfowl Sanctuary. It is home to a number of birds who migrate here from the north during the winter months. Of particular note is the colony of Greylag Geese, a species that has been declining in Ireland in recent decades but is flourishing at Blessington. Other notable bird species are the Crested Grebe and the Lesser Black-backed Gull. More common birds like Mallard, Teal, Mute Swan, Whooper Swan and Cormorant also occupy the lake and feed on the surrounding grassland. Another bird present on the lake but found right along the River Liffey is the Grey Heron, which can be spotted standing silently in the waters waiting for the opportunity to catch fish. Much smaller than the heron is the brilliant blue kingfisher which nests along the riverbanks. It can sometimes be seen close to the bridge in Newbridge.