You are here: HomenextPlacesnextROUNDWOODnextDerralossary Churchyard 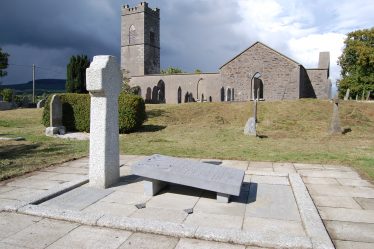 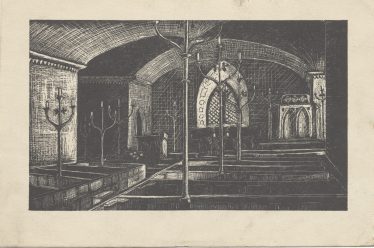 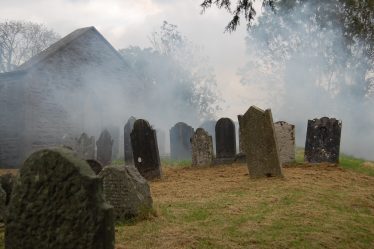 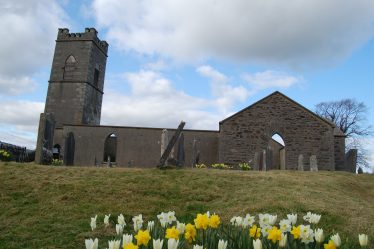 Derralossary Churchyard is one of the most historic sites in county Wicklow. Doire Lasrach (The Oak Grove of the Flame (or) The oak wood of St Lasar, is believed to have originally been a pagan site of worship.  In would then seem to have become the site of a Christian hermit’s cell but whether it dates from or after the settlement of Saint Kevin at Glendalough is not known.   The earliest formal mention of it is in a list of churches in the diocese of Dublin in the time of Archbishop Henry (1212-1218) and a note in the Reperterium Veride (compiled in 1530-1532) described it as ‘the principal church in the whole of our land which is called Fertir’ (Vartry).

The Rev. William Stokes, rector of the parish from 1891-1901, records that Archbishop Luke (the fourteenth Archbishop, 1230) used an oolite stone from Montacute in Somerset to beautify Christ Church cathedral in Dublin and with the same stone ‘carried down on horses backs’ he restored Derralossary.  After the Reformation the church became ruined and it is described as “altogether out of repair” at the time of the visitation of 1630.  A list of clergy for the parish of Derralossary stretches from 1630 until the final closure in 1968.

The oldest headstone in the churchyard dates from 1713 and two significant figures in modern Irish history are buried here.  Robert Barton, one of the negotiators of the Anglo-Irish Treaty (1921) and President Erskine Childers, whose father, Erskine, was also a member of the team and a close friend of Barton’s. The vaults of the Temple family of Roundwood Park, were underneath the old vestry but these were blocked up when the church had its roof removed and was turned into a ruin in 1981.  The nearby national school, which was also managed by the parish, closed in 1982.

A work group gathers regularly to maintain the graveyard and a website has been developed to act as a focal point for the gathering and disseminating of all information relating to the site and the people buried there.  For further information see http://www.countywicklowheritage.org/www.derralossary.com