You are here: HomenextPlacesnextROUNDWOODnextThe Legless Ghost of Calary

The Legless Ghost of Calary 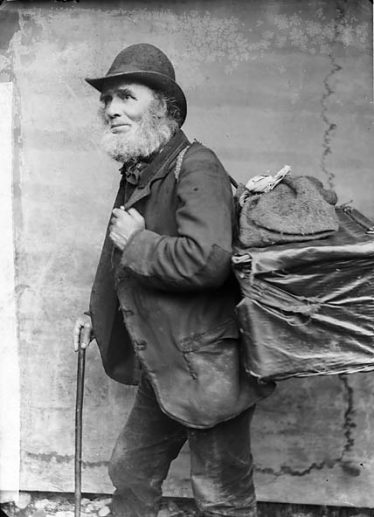 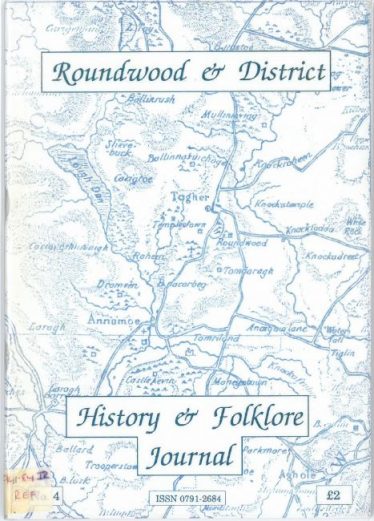 This ghost story is set in 18th century Calary, Co. Wicklow.  It is a tale of greed and corruption and a stark reminder of how past actions will always come back to haunt you. The story appeared in the Roundwood & District History and Folklore Journal (1991), No. 4.

It tells the story of a local Peddler called ‘Tom the Toiler’ who had earned a small fortune selling lucky charms and trinkets, the proceeds of which he carried in a bag around his neck. One night, after walking many miles, Tom knocked on the door of a house on Calary road looking for shelter and food for the night. He was greeted by a farmer and his wife who welcomed him into his home.  As Tom took out a coin to pay for his lodgings, the contents of his bag spilled out on to the table to the amazement of the husband and wife.

‘that night as the peddler slept on a makeshif bed beside the fireside, his bag of gold sovereigns tied securely about his neck, the farmer and his wife made their plans. Goaded by his greedy wife, the farmer crept out to where the peddler lay asleeep and killed him with the blow of a heavy stick. He then tore the bag of coins from around the dead man’s neck.

They emptied his large canvas bag and stuffed his body into it but, in spite of all their efforts, the peddler’s long legs dangled from the bag. They decided to saw them off. They finished their gruesome task, shoved the legs into the bag with the rest of the body and buried the lot in a nearby wood. Back in the farmhouse, they rubbed their hands in glea as they counted and fondled their ill-gotten gains. They looked forward to many gay nights in the nearest tarvern.

One night about a week after the murder, the farmer and his wife were sitting at the fireside drinking ale, when there was a loud banging on the front door followed by some dreadful cries and shrieks. Then strange things began to happen. Windows rattled, doors opened suddenly, hissing sounds filled the room and the fire went out. They both jumped up in terror. the dog scurried into hiding under the bed.

The moans and groans continued for a wihle. Then the front door burst open and into the kitchen came the ghost of the murdered ‘Tom the Toiler’, hobbling on gory knees. The farmer and his wife fled in terror from the sene and did not return to the house until the next morning.

Many times in the weeks that followed the frightful scene wa re-enacted untill the pair had been reduced to nervous wrecks. They eventually sold their farm and moved elsewhere, but it made no difference. Wheerever they settled ‘Tom the Toiler’s’ ghost turned up to terrify them. He continued to haunt them for the rest of their lives’.