Wicklow hosts an abundance of historic buildings and street furniture. These photographs, courtesy of the Wicklow Municipal District Office give a flavour of some local landmarks.

The entrance to the graveyard can be accessed on the south corner through square-profile cut granite piers with carved pineapple finials and double-leaf wrought-iron gates with lantern holder over. Granite steps with rendered rubble stone retaining walls, with cut granite coping. Probable site of medieval church.

The graveyard and Church is an important and visible feature on Church Hill. Containing many grave markers demonstrating skilled design and execution, it is also of historical interest as the resting place of Captain Robert Halpin, the noted Wicklow mariner. Both Church of Ireland and Roman Catholic grave markers are found here. Although now decommissioned, it is of considerable continuing social importance to the Church of Ireland community.  See Buildings of Ireland for further information 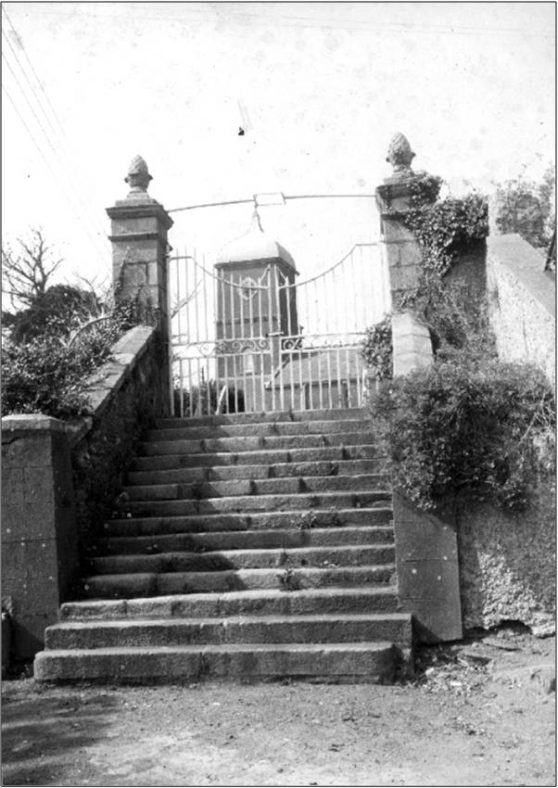 The Lime Kiln at Bride’s Head.

It is said that the lime kiln was built in penal times to give people a legitimate reason to visit Bride’s Head when in reality they had to come to hear Mass said at the nearby Church (now completely disappeared).  A watch was kept so soldiers could not descend unnoticed on the congregation.  If soldiers came the Priest would escape by boat and the congregation would pretend to be working at the lime kiln.  There is no limestone in the locality and all the limestone used had to be imported. 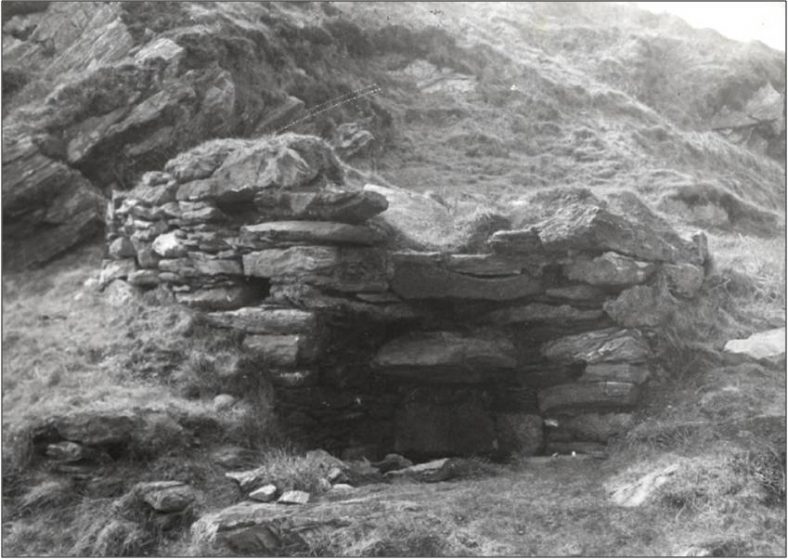 Located on Church Street in Wicklow town, this is a lamp post box made of cast iron.  The stamp suggests it is from King Edward VII reign (1901-1910) and the ‘ER’ stands for ‘Edward Rex’.  This post box is still in situ. 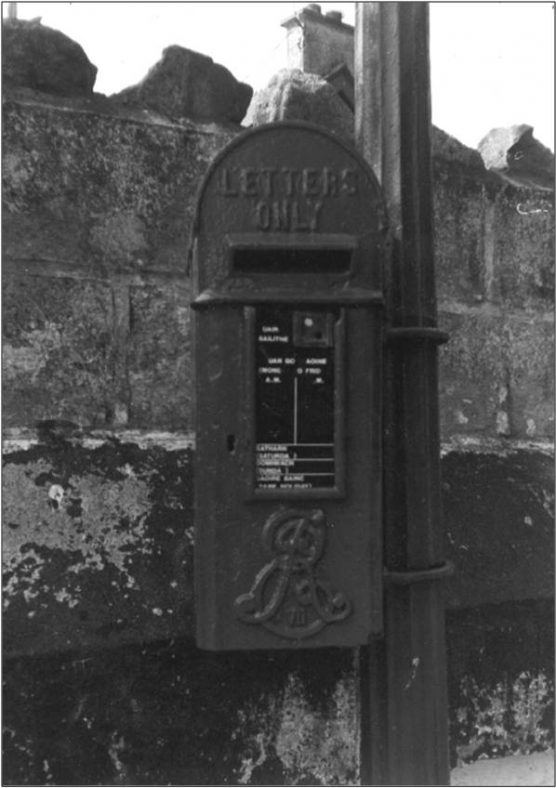 Wicklow Fire Brigade siren on the roof of the town hall, Wicklow. 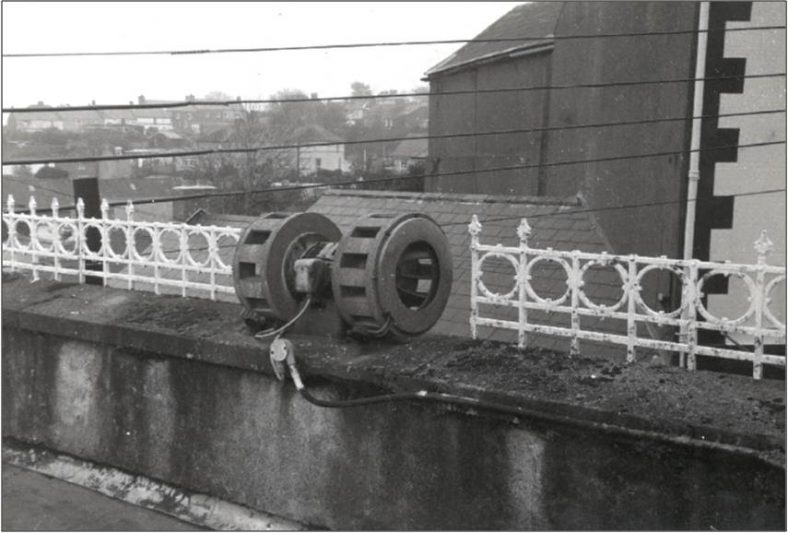 The Mariner Captain Robert Charles Halpin was born in 1836 at the Bridge Tavern, Wicklow town.  He captained the SS Great Eastern which laid transoceanic telegraph cables in the late 19th century. He was, arguably, one of the most important mariners in the 19th century in the effort to construct the Victorian age communication network.  His contribution to global communications formed part of a group of structures in Wicklow town, including the Bridge Inn, the Church of Ireland graveyard, and the hostel.

Halpin died at his home, Tinakilly House in 1894.  The obelisk was erected in his memory and is now a notable landmark in the town.  See Buildings of Ireland for further information. For more about Haplin’s life read The Remarkable Captain Halpin article on this website 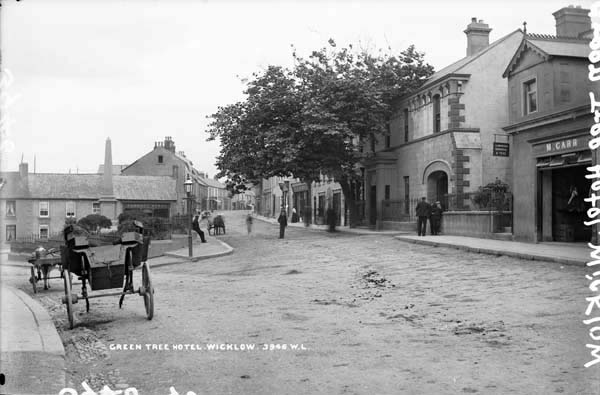 The Grand Hotel has been welcoming guests to the scenic heart of the “Garden of Ireland” since 1896. Located in the heart of Wicklow Town, close to Wicklow’s beaches, harbour and the historic Wicklow Gaol. 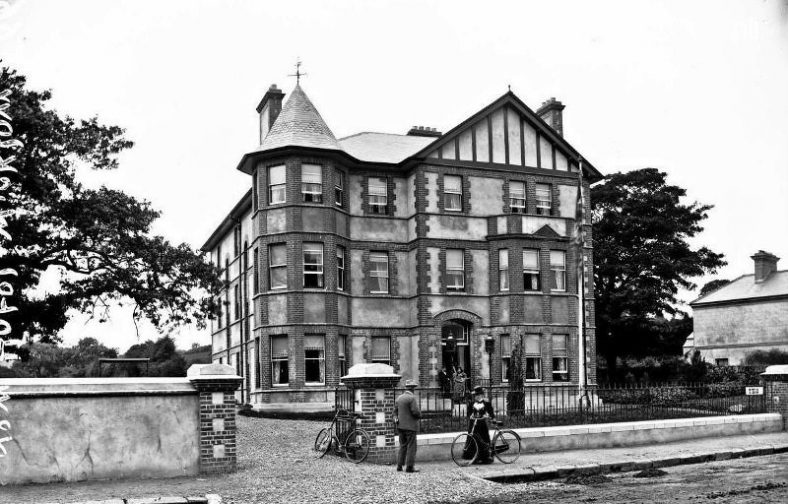 For more information on Wicklow Town’s buildings see “Footsteps in Time” How Well Do You Know Wicklow Town? article on this website,  click here