The Sunflower and the Bee: Age 11-12 Category winner 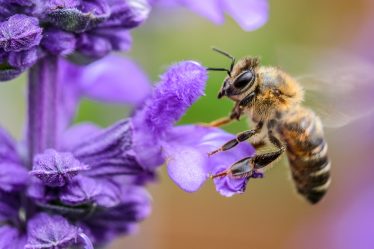 The Sunflower and the Bee children’s short story competition is a follow on to Cllr. Jodie Neary’s Bee Route Project for National Biodiversity Week 2020. Children were  invited  to submit their stories and these are announced here as  a Heritage Project during Heritage Week .

The tribe of the bees lived in almost every single place you could think of. They lived in mountains, valleys and even towns. But there were a few places in County Wicklow in Ireland where nearly half of the bee population lived. These places were Greystones, Delgany, Kilcoole and Newcastle. The place where we start our story today was a warm and sunny day in Newcastle at the East Coast Nature Reserve.

Bob the bee had lived in the Nature Reserve for all his life. He loved his home, but he was looking for more, for more excitement, more adventure. He had only heard such tales about the great giant sunflower in Greystones. On this warm and sunny day in The Garden County Bob decided he was going to go and see the biggest sunflower in all land in Greystones.

Bobs parents were not to happy when Bob said he was leaving the Nature Reserve to go see the Sunflower, but Bob put up a fight. “Please let me go” buzzed Bob.  “No, you are not old enough “said Bobs parents in synchronisation. “I will bring back honey” said Bob hopefully. “Umm, ok” said Bobs Dad. It didn’t look like Bob’s Mum agreed with her husband, but she went along with it. That was that Bob was on his way.

As Bob travelled through Kilcoole he beecame a substitute teacher at the local Primary school. He also fed the animals at Glenroe Farm. Bob was starting to get hungry as he arrived in Delgany so he stopped for a break and some food at The Pigeon House.

As Bob arrived in Greystones after his lovely meal in the Pigeon House, he beegan the walk to the Burnabee Park where the Sunflower had first come out of the ground almost 100 years ago.

When Bob got to the Park, he took one step back and gazed up at the glorious sight that was the Sunflower. It had a lovely green stalk, shining yellow petals and the most comforting smell you could ever find. “Wowwww” said Bob to himself with his mouth open wide. Another bee flying beside Bob happened to own this beautiful flower and he asked him. ”How would you like to take some nectar from this Sunflower”? “Thank you so much, I would love to” said Bob. As Bob flew up to collect some nectar he had the biggest smile on his bee face. As he made his way home he felt like the luckiest guy in the world.”