Evidence for the Earliest Christians

The event that dominates this period of Irish history is the arrival of Christianity, which began to take root in Ireland nearly 400 years after the birth of Christ.  In the year 431 Pope Celestine sent Palladius as the first bishop to the Irish believing in Christ.  This was at the same time that St Patrick came to Ireland, and it is of course St Patrick who is the person most commonly associated with the conversion of the pagan Irish to Christianity.

Many of the churches and graveyards in Wicklow have early origins.  While some were established or founded shortly after St Patrick’s time, over the next few hundred years many more churches were established throughout Wicklow.  Today the most famous of these in Wicklow is Glendalough, which was founded by St Kevin, who was a member of a powerful ruling family in Leinster.  Over time Glendalough became famous across the whole island of Ireland, and many of the ruling families of Wicklow and Leinster wanted to be buried at the graveyard there.  As a result of this, many of these families gave money to the monastery, which allowed the monks there to build many churches and, most famous of all, it’s round tower. 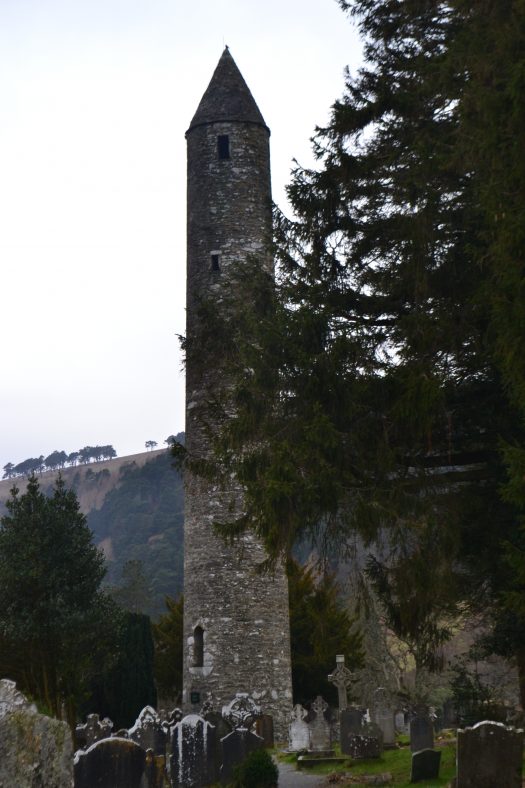 A thousand years ago there were no towns and villages, and no tall buildings.  In fact the tallest building in Wicklow at that time would have been the round tower at Glendalough, which is the only example from the county.  Only the most wealthy churches in the country could afford to build a round tower, and there is no doubt that some of the money needed to pay for them would have been donated by the local ruling families.  Anyone visiting Glendalough around 900 years ago must have been amazed to see such a building for the first time.  It is believed that these towers were also used as a place to retreat if a monastery came under attack.  They were also used as places to store valuable books and relics.  However, the main purpose of round towers was as a bell tower, though it is most likely that they were designed to tell the world of the wealth and status of the monastery at Glendalough. 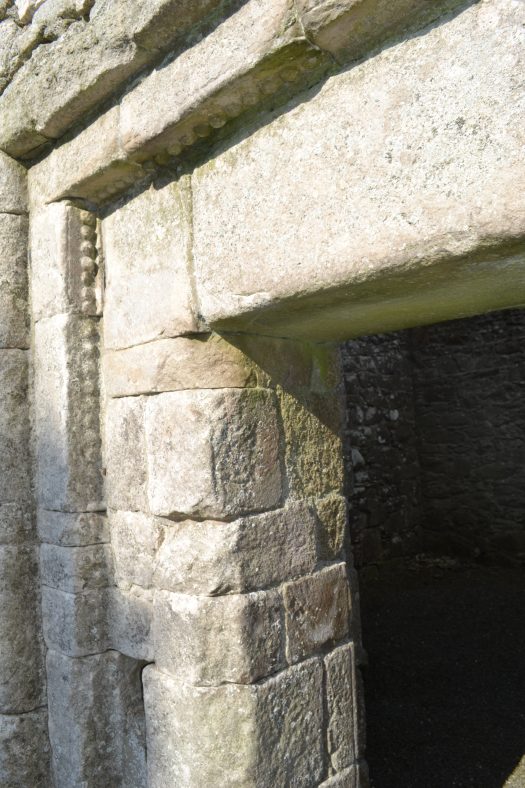 Not all the churches in Wicklow were as wealthy as Glendalough.  Many did not have the sponsorship of powerful kings, and did not have the money to build elaborate churches or round towers.  Many of the old graveyards in the county started life over a thousand years ago as local churches.  Today the old churches are abandoned and in ruins, and sometimes the remains of the old churches have entirely disappeared.  The earliest church buildings were built of wood, and all traces of these structures have entirely disappeared.  By the year 1000 AD these wooden buildings were replaced by churches built in stone.  Around the year 1150 a large stone church was built at Aghowle near Shillelagh.  The door of this church is beautifully constructed and is one of the finest examples in the country.

Today, these old graveyards seem very peaceful and quiet.  However, over a thousand years ago these were very busy places.  At this time there were no towns in Ireland, and it was the local church that became the centre of the community.  People also traveled from many miles around to visit important monasteries such as Glendalough on pilgrimage in order to visit the monastery and the relics of St Kevin.  These important monasteries were also schools where people would go for their religious training if they wanted to become a priest, a monk or a nun. 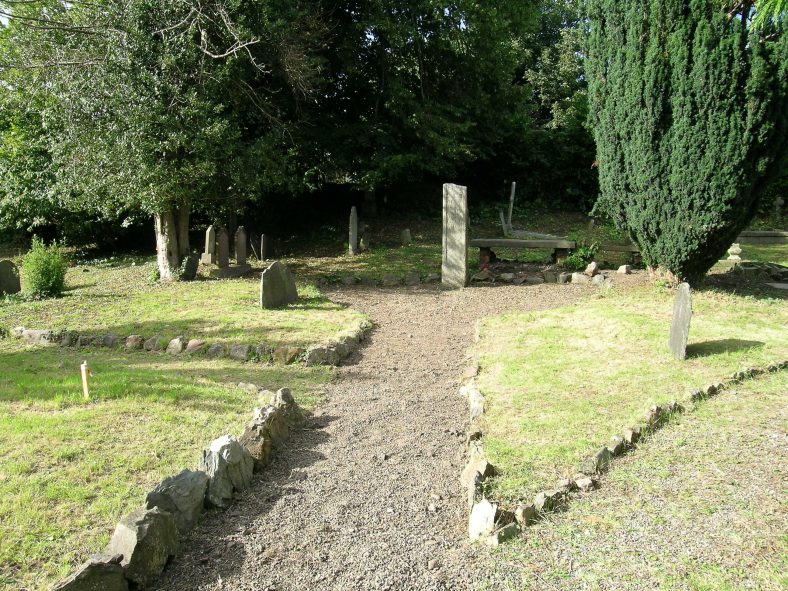 Other stone monuments or objects can be found today at some old graveyards.  These can provide very useful evidence to show how old a graveyard is, even if there are no remains of an early church building at the site.  For example, sometimes large stone crosses can be found at an old graveyard.  A very fine example of this is St Mark’s Cross at Burgage near Blessington.  This cross can be found in a modern cemetery, but it originally came from an older graveyard nearby that was partly flooded in 1940 by the Poulaphuca Reservoir.  The largest stone cross in Wicklow is St Kevin’s Cross at Glendalough.  Both St Mark’s Cross near Blessington and St Kevin’s Cross at Glenalough are very large crosses, but they are plain and do not feature any decoration.  Very few of the Wicklow crosses have any decoration, which is commonly found on crosses elsewhere in the country.  However, at least one cross from Wicklow was decorated.  The cross itself is missing, but the base of the cross can be found at Oldcourt near Bray.  The cross was brought here over 200 years ago, and it is not known where it originally came from, though it was supposed to have been found under a hedge nearby.  The decoration on the base of the cross shows scenes from the Old Testament.  At a time when very few people could read or write these carvings may have been used to teach people some of the stories from the Bible.  In the old graveyard in Delgany is the shaft of a high cross, the top of which is missing.  However, the surviving shaft is important because on it is a rare example of an inscription in Irish, asking for a prayer for two people.  The name of the first person is no longer readable, but the second person mentioned on the cross is Odran who is described as a wright, that is someone who worked in timber or stone – perhaps the man who carved the cross.