During this period many Irish farmers felt it necessary to defend their farmsteads within ring-forts.  Ring-forts consist of a circular area enclosed by a large earth and stone bank with a deep outer ditch.  The digging of the outer ditch provided the material to build the bank, and also formed an obstacle for attackers intending to scale the bank. 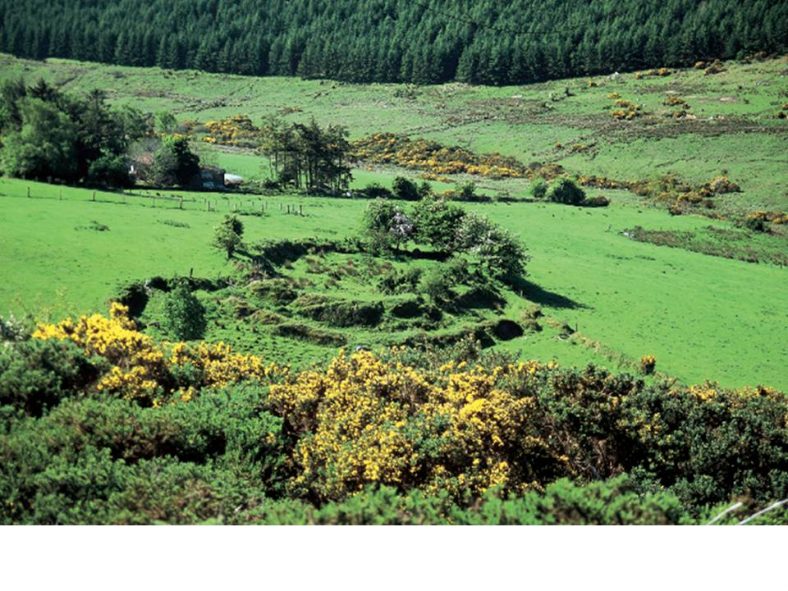 Ringfort overlooking the Jack Daws Glen at Toor near Hollywood

It is unlikely that everyone lived in their own ring-fort, or could afford to build one for themselves.  Instead, it seems that these were built by the wealthier farmers.  Within the ring-fort was the farmer’s house and farm buildings where many of the farm animals could be kept safely overnight.  At this time people did not use money like we do today.  Instead, a person’s wealth was displayed by how many farm animals they had, in particular cattle.  If people wanted to buy something they traded it for animals and not money.  Understandably farmers at this time were very protective of their animals