The Normans quickly built castles to fortify their lands, which became the focal point of their manors and farms.  Castles were the strength behind the Norman conquest, and soon became the centres of Norman rule.  Some of the earliest Norman castles were made of timber, today only the earthworks of these survive.  These earthworks are known as mottes and consist of large pudding-shaped mounds of earth, on top of which would have stood timber castles.  These timber castles have long since disappeared leaving no obvious trace, but the large mounds on which they once stood can still be seen at several places, including Killamoat near Rathdangan, as well as Donard, and Hollywood.  It is easy to think of wooden castles as being less impressive or less substantial than the stone castles that we are more familiar with.  However, there is little doubt that these timber castles were very well built and designed to withstand attacks in the same way as the stone castles that were built at that time.

The more important castles, and those which were properly funded, were of stone, such as the Black Castle in Wicklow.  The site for this castle was well chosen, as it was surrounded by the sea on three sides, leaving one small piece of ground to be defended by a large ditch cut through the underlying rock.  Access across the ditch could only be made by a draw bridge that spanned the ditch, and could be raised when the castle came under attack.  Unfortunately much of this castle has since fallen into the sea that once defended it. 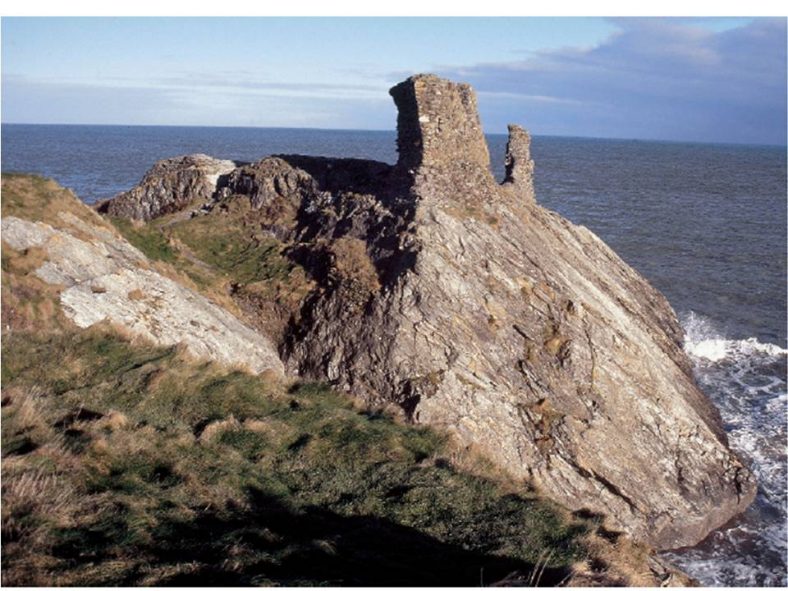 Over the last few hundred years many of Wicklow’s castles have disappeared, including castles that once stood at Baltinglass and Bray.  Fortunately, several impressive castles still survive, for example at Oldcourt in Bray, and Threecastles near Blessington.  However, even here these are only fragments of what were once much larger castles.  At Threecastles the remains of where a building was once attached to the tower can clearly be seen today.  This is less obvious at Oldcourt where the tall tower contains the stairs that gave the inhabitants access to the ground and first floors of a large hall building that has disappeared.  However, the shape of the roof of this building can still be seen high up the wall of the tower.  At Newcastle the building that survives is a gatehouse that provided access into a large courtyard that has disappeared.  There were most likely also towers along the courtyard wall and buildings within it that have also disappeared.  Near Greystones, the castle of Kindlestown takes its name from the man who probably built it, Albert de Kenley.  Only one tower and a section of the enclosing wall survive of the castle at Arklow, which may have been the largest castle in the county.