Normans had a tradition of the reuse of older sites, typically choosing an area to build a castle that had an existing church and graveyard. Once their castles were built they sometimes turned their attention to rebuilding the nearby church.  The churches that they built were larger than the older churches that previously stood at these sites, and were intended to serve as parish churches, in the same way that modern churches do today.  Examples of these medieval parish churches can still be found today, for example at Donard and Killiskey near Ashford. 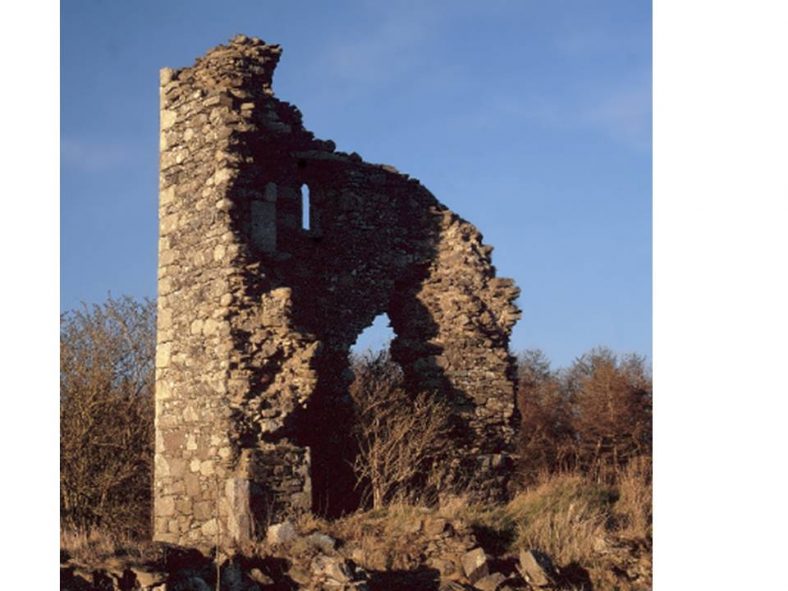 Church Tower at Burgage, near Blessington

At Burgage the tower commonly called a castle was originally the tower that stood at the west of the medieval parish church, in which the priest would have lived.  At several ancient graveyards in west Wicklow, even where all evidence of medieval parish church has disappeared, for example at Hollywood, there are several medieval grave markers, decorated with crosses.  Also, in the towns of Arklow and Wicklow monasteries were founded.  The Dominican Priory of Arklow has almost entirely disappeared, but the remains still survive of a Franciscan Friary that was originally on the edge of the medieval town of Wicklow.