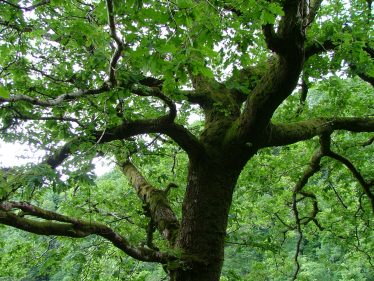 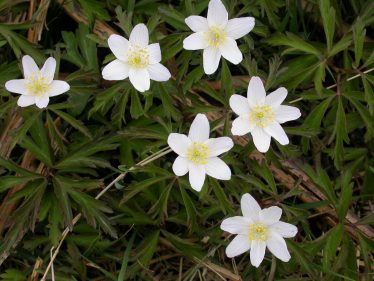 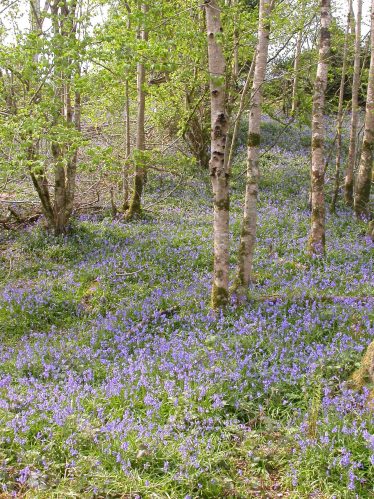 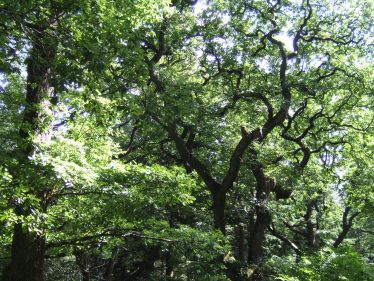 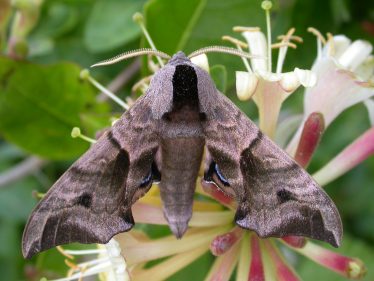 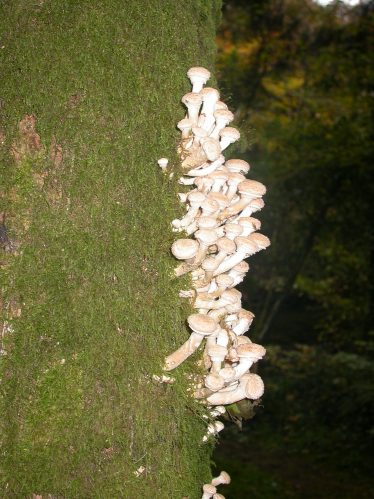 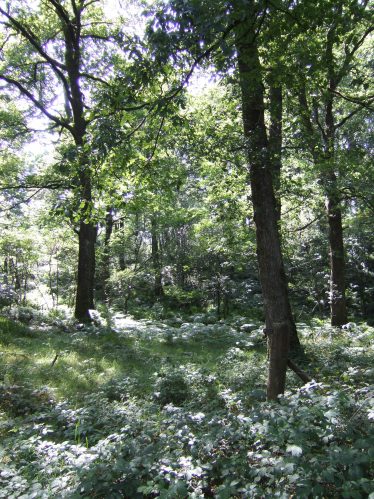 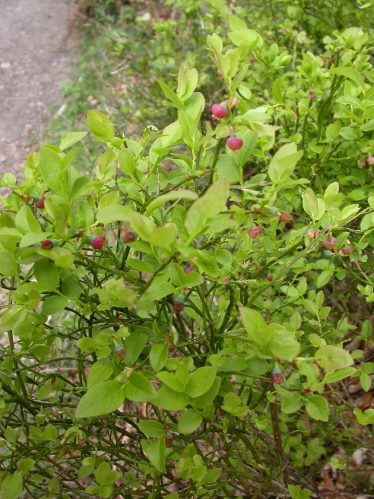 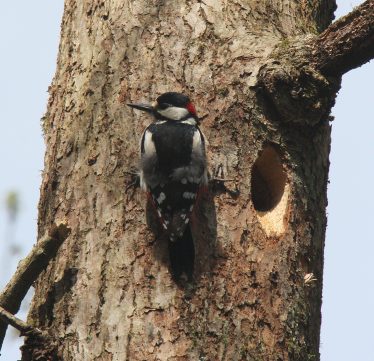 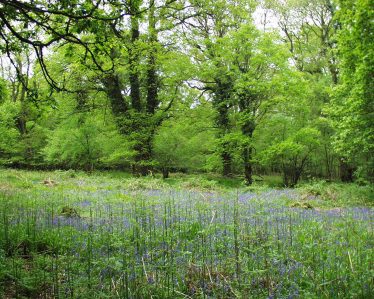 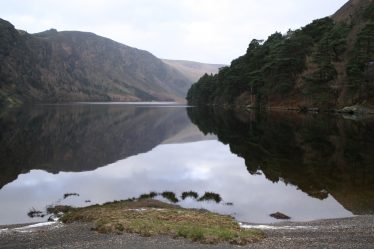 County Wicklow has one of the highest levels woodland of any county in Ireland, with over 20% under tree cover.  While much of the county’s woodland has its origins in the establishment of non-native commercial plantations since the 1950’s, there are also extensive areas of native and semi-natural woodlands.

The woodland ecosystem is complex and rich, supporting a good diversity of plant and animal life.  Indeed woodlands support larger numbers of flora and fauna than any other habitat in Ireland and are a characteristic feature of the Wicklow landscape.  Different kinds of woodland are found depending on local conditions such as soil types, drainage and historical management.  Native oak woods, riparian and wetland woods, mixed woods and conifer plantations are all present.

This guide is one of a series exploring the Biodiversity of County Wicklow. Copies of this guide are available by request, just drop an e mail to dburns@wicklowcoco.ie

The dominant oak in this part of the country is Sessile Oak (but occasionally Pedunculate Oak is also recorded) and with Hazel and Ash forms the canopy of these woods.  These moss rich woodlands are a delight to explore during the spring months when a carpet of wildflowers such as Bluebells, Lesser Celandines, Wood Anemones, Wild Garlic, Violets and Primroses take advantage of the sunlight before the full canopy closes overhead.  They are accompanied by Great Wood-rush, Bilberry, Honeysuckle, Wood Sage and a variety of mosses and ferns such as Hart’s Tongue, Hard Fern and Soft Shield-fern.  Looking upwards, one sees the Wicklow equivalent of the rainforest with the boughs of the mighty oaks providing a foothold for an epiphytic community of Polypody Fern, mosses and lichens.  Where grazing pressure by Deer (and Goats) is low a good understorey of Hazel, Holly, Mountain Ash and occasionally Birch is present adding structural diversity to the woodland.  The best examples of native oak woodlands in Wicklow are found cloaking the valley slopes of our main rivers such as the Dargle, Avonmore, Glencree and Avoca.

A rare woodland type in Wicklow, these woodlands are typically dominated by Ash, Birch, Alder and Willows and are found either along rivers or in wetland areas. An example of wet woodland is found at Blackditch Wood in the BirdWatch Ireland East Coast Nature Reserve.  Other areas of wet woodland are found in Knocksink Wood and Glen of the Downs.  On the wet boggy slopes of valleys such as Glencree areas of woodland dominated by Birch are present.

Many of our native woodlands were under-planted with non-native species such as Sycamore, Beech, Lime, Horse Chestnut, Spanish Chestnut, Holm Oak and a variety of exotic conifers.  Some of these species such as Beech create a very dense shade under which, Oak and other native species cannot regenerate, and may eventually dominate the woodland.  This mixture of species is typical of old demesne woodlands where landowners introduced exotic trees in the eighteenth and nineteenth centuries.  Some of these old estate collections now contain important examples of these specimen trees such as Powerscourt Estate and MountUsherGardens.  The grounds around Avondale House near Rathdrum were planted with a variety of tree species (native and non-native) and was home to the first School of Forestry in Ireland.

Large blocks of non-native trees have been extensively planted since the 1950s under government schemes and more recently on private lands.  Typical species planted include Sitka and Norway Spruce, Douglas Fir, European and Japanese Larch and Lodgepole Pine.  The margins of these plantations are typically planted with broadleaf species such as birches, Holly and Beech.  Although the flora of these woodlands is typically poor a rich variety of birdlife can be found in these areas.  Typical species encountered include Blue and Coal Tit, Goldcrest, Song Thrush, Wren and a variety of birds of prey such as Sparrowhawk, Kestrel and Buzzard use areas of mature trees for nesting in.

A variety of creatures live in our woodlands.  One of the most recognisable of these is the Red Squirrel, which sadly is declining nationally as the non-native North American Grey Squirrel extends it range.  The Pine Marten, however, appears to be making a welcome return to our woodlands with several confirmed records of this rare and elusive species in recent years.  Other well known inhabitants include Badger, Irish Stoat, Foxes, Deer (Red x Sika hybrids), Wood Mouse and along woodland edges Rabbits.  Mature woodlands also provide important roosting and foraging habitat for a variety of bat species, which feed on the rich insect life present.  Typical woodland dwelling bat species include Leisler’s Bat, Brown Long-eared Bat, Daubenton’s Bat, Common and Soprano Pipistrelles, Natterer’s Bat and Whiskered Bat.  In 2003 a new species of bat, Brandt’s Bat, which is closely related to Whiskered Bat, was found in Glendalough.

A huge diversity of birds are found in our native broadleaf woodlands where they breed and feed.  Typical species include Blackbird, Wren, Robin, Great Tit, Blue Tit, Chaffinch, Goldcrest and Blackcap.  Some of our more unusual species include the colourful Jay, Long-eared Owl, Treecreeper, Woodcock and rare breeding birds such as Redstart, Wood Warbler and Pied Flycatcher.  The Goosander, a duck found along fast flowing Wicklow Rivers such as the Avonmore actually nests in a hole in a tree!  Birds of prey such as Sparrowhawk use woodlands for hunting in, and the Buzzard, which was persecuted to extinction, has now made a welcome recovery in the county.

Many types of invertebrates are found in our woodlands and range from spiders to the insects, beetles to moths and earwigs.  Some of these are large and obvious such as the Speckled Wood or Poplar Hawkmoth while some are very small indeed like the tiny Springtails, which live in the soil.  Insects form part of the food chain of many woodland animals and birds and also play an important role in natural the decomposition processes creating the rich humic soils found in woodlands.

Internationally and nationally important woodland habitats within the county are designated as Special Areas of Conservation (SACs) or proposed Natural Heritage Areas (pNHAs).  Some sites, such as Deputy’s Pass Wood, Cronybyrne Wood in the Vale of Clara, and the Glen of the Downs are protected as National Nature Reserves.  Areas of high biodiversity within Coillte properties are also managed for conservation.  Woodland management and establishment initiatives such as the Native Woodland Scheme, Neighbourwood Scheme and state funding broadleaf and conifer planting schemes are all assisting in improving the quality and extent of woodland in the county.  Visitors can do their part by adopting the principles of ‘Leave no Trace’– leaving woodland sites as they find them and participating in clean-up initiatives.  Littering, campfires, picking of wildflowers and disturbance to wildlife threaten the biodiversity of our woods and should be avoided at all times.  If you see illegal dumping in the Wicklow Woodlands call the PURE hotline on 1850 365 121 to report it and the matter will be investigated and the litter removed.

Many of County Wicklow’s woodlands are publicly accessible.  State owned native oak woodlands, which are accessible to the public include Tomnafinnoge Wood near Shillelagh, Cronybyrne Wood in the Vale of Clara, Knocksink Wood near Enniskerry and the Glen of the Downs south of Kilmacanoge.  A good place to see specimen trees is Kilmacurragh Arboretum, near Glenealy, where the collection of trees and grounds are now managed by the National Botanic Gardens.  The Coillte estate of conifer plantations and old estate woodlands such as Avondale are also open to the public.  Two People’s MillenniumForest sites are located in Co. Wicklow and these can be visited at Shelton Abbey near Arklow and Ballygannon Wood near Rathdrum.