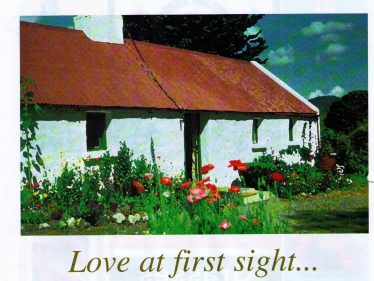 ‘An afternoon with Mary Davies’ takes place in Roundwood Parish Hall at 3:30pm on Saturday 21st of July. Mary Davies is a renown author, gardener, historian, books editor and a former resident of Oldbridge near Roundwood. She has written extensively over the years about the wonders of Wicklow – of times past and present.  As part of the Baltynanima Pure Mile, we are delighted to include this event where Mary will read a selection of her writings about Wicklow and there will be an opportunity for the audience to ask her questions.

Mary is delighted to be asked back to Roundwood & it sounds like a lovely afternoon which of course will include a cuppa afterwards. The following, written by Mary & gives a flavour of our planned afternoon ….

‘It was standing in the doorway of what is now ‘Mary’s Cottage’, one Sunday in late 1991, that I had the idea of writing a regular column about my weekend garden in Oldbridge. Gerry Daly and I, together with publisher friends, were in the process of starting The Irish Garden magazine, and I thought it might be possible to write a page, to be called ‘Weekender’, at least for six issues. In fact, since the magazine first came out in February 1992, Weekender has appeared regularly inside the back page and for the first twelve years nearly all the columns were based on life in Oldbridge — there are nearly 100 of these local pieces. The articles have always been deliberately vague. Apart from mentioning the Wicklow Mountains now and again, no names of places or people appear: Dublin is ‘the big city’; the Gaffney family were ‘my good neighbours’. The column became popular with readers, and there have been many comments on it over the years.

‘Mary’s Cottage’, often shared with family and friends, was my weekend home for thirty years before I reluctantly sold up in 2004. It was good that the new owner is a friend, Jane Ebrill, who took me by surprise when she later decided on the name. I still think with great pleasure of all those years and am very glad that I’ve had the chance to know intimately such a lovely part of Wicklow and to chronicle it, in a small way, for a wide gardening readership.

This is a free event & all are welcome