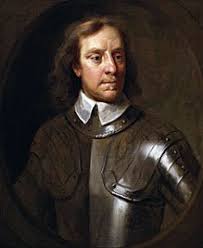 Oliver Cromwell, the Down Survey and the transformation of Ireland

Rathdrum Historical Society is kicking off its spring season of talks with what will, no doubt, be a most informative and entertaining lecture by the eminent historian, Professor Micheál Ó Siochrú, head of the History Department, Trinity College Dublin on Monday, 4th March.

‘Oliver Cromwell, the Down Survey and the transformation of Ireland’ will be explored in a very visual lecture looking at how Ireland was transformed following the arrival of Oliver Cromwell and his New Model army to Ireland in 1649 and his brutal crushing of the resistance. Cromwell, a figure of much heated debate, and in some quarters hatred, was appointed by the Westminster parliament to come to Ireland to crush those involved in the Rebellion of 1641 and the Irish Catholic Confederation who had allied with the Royalists in the English civil war against the English Parliament. The rebellion and the brutality of the Cromwellian forces resulted in the devastation of the countryside, the loss of infrastructure and the death of twenty percent of the Irish population over the course of twelve years.

The more far reaching consequences of this traumatic period of war was the transference of land ownership in Ireland from Irish Catholics to English Protestants. The Adventurers Act of 1642 had raised money for the war in Ireland, the security being forfeited lands of the defeated Catholic rebels. This was followed in 1652 by the Act of Settlement which determined the forfeited lands and the next year saw the mass exodus of thousands of  people form their lands; their choice ‘to hell or to Connaught’. The forfeited lands, the spoils of war, were to be divided among the Cromwellian soldiers in lieu of pay and those ‘adventurers’ who had funded the war.

The re-distribution of these lands required accurate surveying and mapping of the country and what followed, known as the Down Survey, so called because a chain measure was laid down, was the first ever detailed survey on a national scale carried out anywhere in the world. The work under the command of Sir William Petty was under taken in the years 1656 to 1658. The maps go from the county level down to the baronies, parishes and townlands, recording the boundaries of the townlands with great accuracy and often giving details of churches, houses, castles, road networks and even the crops grown at the time. One such detail in the Wicklow townland map of Kildalagh, church of the two lakes, has small drawings of several named churches and a tower: the townland is better known as Glendalough. As Professor Professor Ó Siochrú  has said ‘what followed was the most dramatic transfer of land anywhere in Europe at this time’.

Professor Ó Siochrú is primarily a 17th century historian focusing on Irish political, constitutional, urban and military history and is a renowned expert on Oliver Cromwell on whom he has written extensively. His book, God’s Executioner: Oliver Cromwell and the Conquest of Ireland was made into a documentary to highlight the 350th anniversary of the death of Cromwell in 1658. He also lead the 1641 Depositions project which digitised and transcribed the witness accounts of 8,000 Protestants following the outbreak of the 1641 Rebellion. The Down Survey is another project which Professor Ó Siochrú has been involved in where all surviving maps from the Survey have been digitised, along with written descriptions of each barony and parish. The Down Survey maps have been linked with 19th century Ordnance Survey maps. These projects are freely available on www.downsurvey.tcd.ie and www.1641.tcd.ie

As we are more than half way through the Decade of Centenaries the fascinating tale of how Ireland was transformed in the 17th century, establishing an ascendancy class and taking power away from the majority population, becomes even more relevant. The leaders of the 1916 Rising saw a direct link to their struggle with the issues of the rebels in 1641 when they referred to their resistance in the Proclamation. Professor Ó Siochrú will be highlighting the enormous importance of this period in understanding our history when he delivers his talk on Monday, 4th March in the RDA Annex at 8.00 pm. Please note the change of venue where all will be welcome.