You are here: HomenextPlacesnextCARNEWnextRTE's Nationwide comes to Carnew: 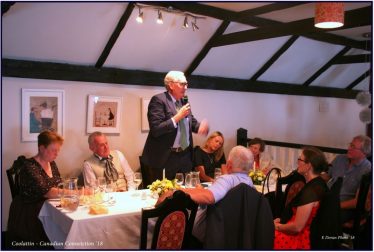 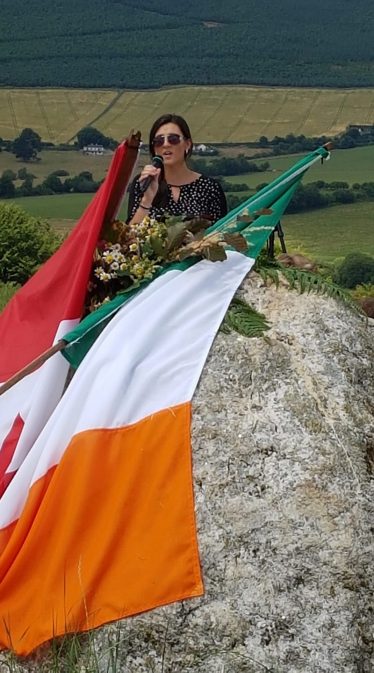 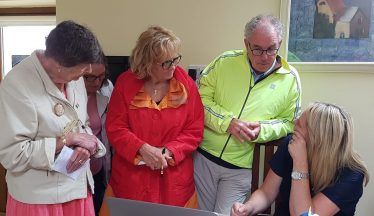 The community of Carnew and south Wicklow recently welcomed home a group of descendants of their kinfolk who emigrated to Canada during the bleak hungry years of mid 19th century Ireland. The visit was organised by the Coollattin Canadian Connection, an initiative of Carnew couple, Kevin and Eleanor Lee and will feature on RTE’s Nationwide programme in the coming weeks.  The Coollattin Canadian Connection was launched at Coollattin House in January 2016 by Minister Simon Harris and the Canadian Ambassador his Excellency Mr. Kevin Vickers. Since the launch the organisers have managed to reunite many Canadian Irish with their south Wicklow roots.

This year’s homecoming which took place between July 14th and July 21st.   The group came from places as far flung as Ottawa, Waterloo, North Bay, Kemptville, Gananoque, Vancouver, Edmonton, North Carolina, Michigan as well as Carnew’s twinned town of Smiths Falls in Ontario. Accommodation for the group was provided at the idyllic Minmore Mews near Shillelagh. During the course of the week the group were taken bus tours to local attractions such as Ferns Castle, Coollattin House, Wells House as well as the House of Stories in Camolin. In Carnew the visiting group were taken on an historical walking tour of the border village. This tour concluded with a vintage garden tea party in a pre famine cottage generously made available for the occasion by Elizabeth (O’Reilly) Flanagan. They also went a day long excursion to Dublin where they visited the Epic Museum and the famine replica ship, the Jeannie Johnson. Having visited the iconic famine memorial sculptures on Dublin’s quays the cross Atlantic visitors were guests at dinner in the Hilton Garden Hotel.

One of the most meaningful events of the week was staged at the beautiful elevated site of the mass rock at Mount Pleasant near Tinahely. The site for this event was kindly made available by the Rothwell family. Here the local Catholic and Church of Ireland clergy and community joined together in a homecoming celebration in song, music, dance and reflection emanating from both sides of the Atlantic. It was wonderful to see traditional music, song and dance being brought home by our Canadian visitors after a gap of almost 180 years.

The week’s activities were brought to a fitting conclusion on Friday evening. Following a most informative session with Catherine Wright from the Wicklow County Council’s Archives & Genealogy Service, the visitors travelled to Poole’s restaurant in Carnew to attend a Victorian banquet. The splendid meal was prepared in accordance with a recipe from a book used by the cook in Coollattin House during the 1880’s. Guest of honour at the function was his Excellency, Mr. Kevin Vickers, Canadian Ambassador to Ireland. The meal was followed by a special production of the award winning play, Flight to Grosse Ile. This magnificent showcase event which was staged in St Bridgid’s Hall was the culmination of months of hard work and rehearsal by the local Kilrush Drama group.

Thanks to Creative Ireland Wicklow Project

The organisers of this very successful week of homecoming, history, heritage and theatre wish to acknowledge the generous support of Wicklow County Council and the Creative Ireland Wicklow Project.