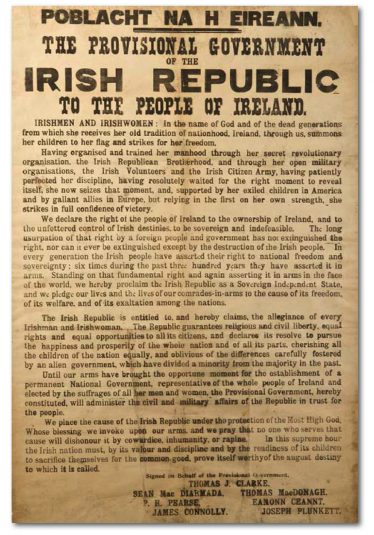 Along with images of the GPO, and of the seven signatories, the 1916 Proclamation (typos and all) is one of most iconic images of the Rising. It is also the document of Easter 1916; facsimiles were distributed to schools throughout the state to mark the 50th anniversary of the Rising in 1966. But who wrote it? What determined its content? How significant is its appeal to Irishmen and Irishwomen? And how does the Ireland of 2016 measure up against its lofty aspirations? Join History Ireland editor, Tommy Graham, for a lively round table discussion with Liam Kennedy, Padraig Yeates, Robert Ballagh and Linda Connolly.

(This event was part of a two day seminar)