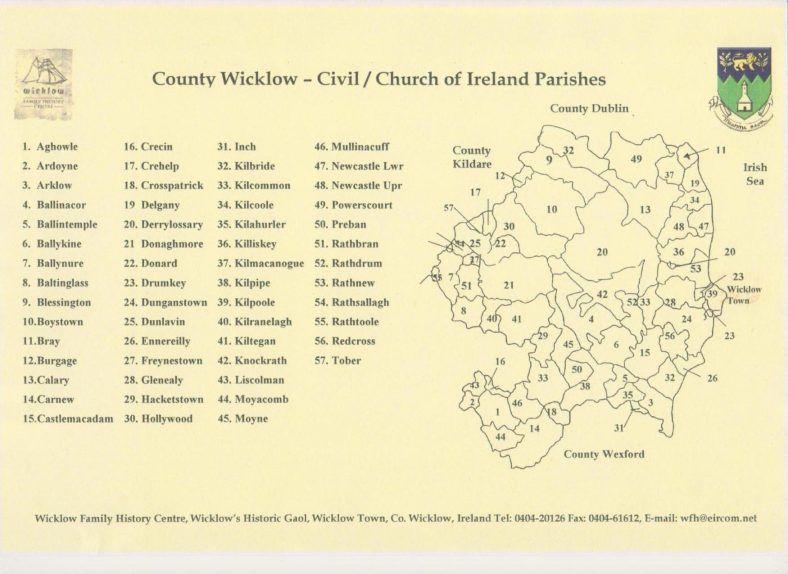 As a general rule, the records for the Church of Ireland start earlier than the Roman Catholic records.  From 1537 to 1870 the Church of Ireland was the established church, that is, it was the official state church for Ireland, and governed in theory by the English monarch.  Parishes were required to keep records from as early as 1634, and while a large number of Church of Ireland parishes have records dating from the 17th century, the great majority of records begin between 1770 and 1820.  Unlike the Catholic Church, the Church of Ireland recorded burials and these records often contain details of people from other denominations who used Church of Ireland burial grounds.  Information in these burial registers is usually limited to a name, age and address.

Church of Ireland baptismal records usually give the child’s name; the father’s name and the mother’s Christian name.  On occasion, the address may be given, but not as frequently as in their Catholic counterparts.  From the early nineteenth century the occupation of the father was also given in many records. 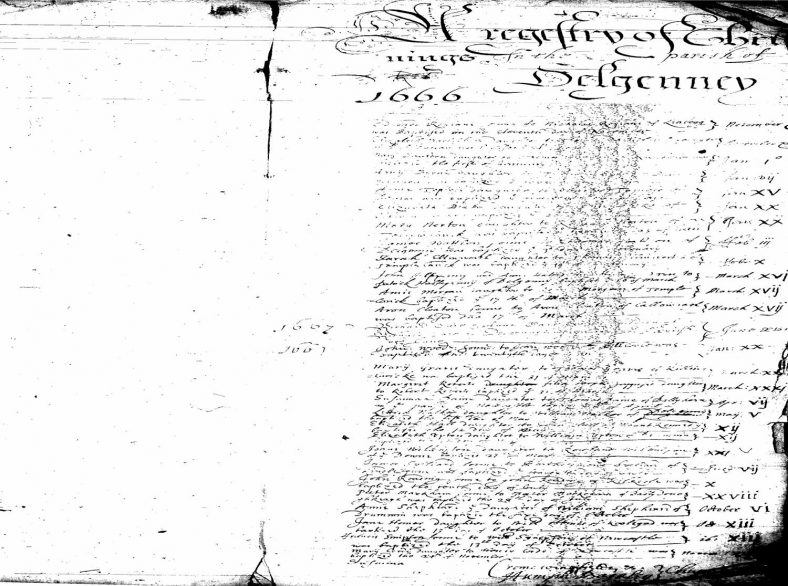 First page of the register of the Church of Ireland parish of Delgany, 1666

Fire at the Public Record Office, 1922

The Church of Ireland was disestablished in 1869, and their parish registers were declared to be the property of the state.  Clergy were required to store records in the Public Record Office, Dublin, if they could not prove that they could house them safely.  Sadly, a fire at the Record Office in 1922 destroyed many records which were stored there.  This means that today in County Wicklow, gaps occur in our Church of Ireland records, where parishes such as Derrylossary and Arklow have lost all of their early parish registers.  However, a considerable number of County Wicklow parishes still have extensive records which allow genealogical searches to be carried out successfully.

Church of Ireland records of baptisms, marriages and burials can be accessed on Roostireland.ie.  While many Church of Ireland registers were lost in the above fire, the good news is that from 1845 all non-Catholic marriages were registered by the state and these can be researched at the General Register Office, with a free online index available on the Family Search website.

The Representative Church Body Library has the largest collection of original Church of Ireland parish register books, while some registers are held in local custody by the parishes themselves.  Some are also available on microfilm from the National Archives of Ireland.