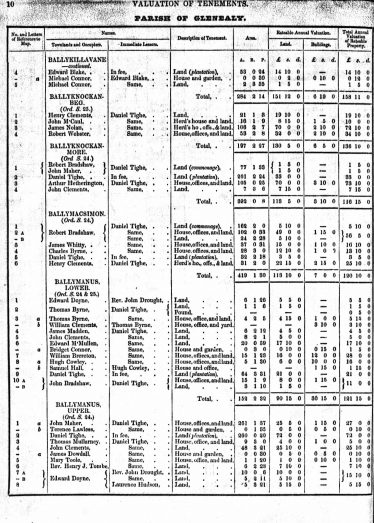 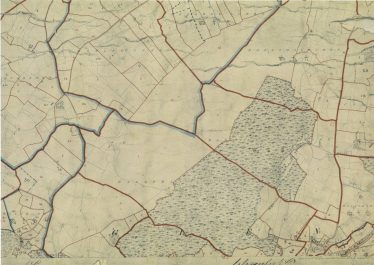 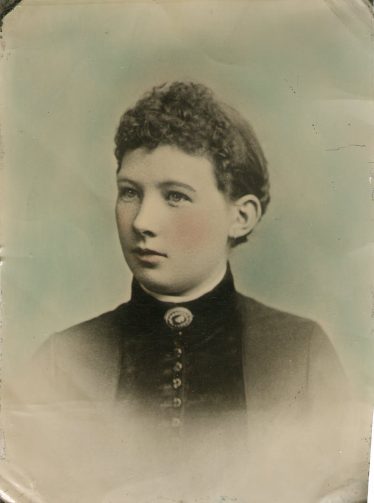 My 4th great grandfather was Thomas Mullarney of Ballymanus Upper Townland, in the Glenealy Parish of County Wicklow.  He was born around 1808 and died around 1877.

In 1835, in Old St. Michael’s of Rathdrum (church is no longer there), he was married to Elizabeth Ellis, and they were both living in Garrymore, Ballinacor, Wicklow at the time.

It’s unclear when they moved to Ballymanus, and became caretakers of one of Daniel Tighe’s properties there, but it was certainly between 1835 and 1841.

I learned of this ancestor upon a trip to Ireland in October 2019, by procuring the death record of known ancestor Sarah Mullarney-Howlett, who was mother to my 2nd great grandmother, Lizzie Howlett-Leonard.  On Sarah’s death certificate, it stated she died in Ballymanus Townland, and was wife of schoolteacher (Thomas Howlett).  This was a revelation to me, as all my Irish ancestral research had, up to that point, been confined to North County Dublin.

A Trip to the Valuations Office

Once I studied a bit more about Sarah, I learned that her parents were Thomas Mullarney and Elizabeth Ellis, also of Wicklow.  The 1852 Griffith’s Valuation matched up the name Thomas Mullarney, at House Lot 3 of Ballymanus Upper.

I paid a visit to the Valuation Office in Dublin, and managed to get a nice copy of the Valuation Map for Glenealy Parish, which was used for the above valuation document.

I was also able to look through the old cancellation books, to run the full chain of title from 1842-1978.  The landlord for the Mullarney House was Daniel Tighe, who was also a neighboring landowner/tenant (as you can see from the above roster).  The Mullarney lot was measured at 9 acres, 3 roods, and 0 perches (about the size of ten football fields).  The 9 acre land was long valued at 5 pounds sterling (inclusive of house).  The house situated on it was always known as the “Woodranger’s House” in these cancellation books.  I would be very curious to learn which house this is, and if it’s still there.  As of 1978, the house lot had been subdivided onto a smaller land, and was then owned by a Bernard Kelly.

Information from the Petty Court Sessions

Thomas was listed as caretaker of this particular property of Tighe’s, and he appears in many petty court sessions in Ballymanus/Glenealy, where he complained of trespassers and thieves:

Run-ins with the Law

Whom I believe to be Thomas’ brother or father, James Mullarney of Ballymanus, had a few run-ins with the law:

William Mullarney, mentioned above, who had spent a week in jail for assault, and who might be little brother or nephew to Thomas, also had a record:

By 1877, Daniel Tighe’s son, James, acquired title to the land, and most all other land in the Parish, and at that point, Thomas Mullarney drifts off of title.  He had clearly lost the lease by then.  What is not so clear is what happened to him after that, or when he died.

Thomas Mullarney and his wife Elizabeth had four known children:

Given that his wife Elizabeth died in 1892, a widow, at aged 82, it seems reasonable to believe that Thomas Mullarney was born around 1808 (Wicklow parish baptismal records from that period are hard to find online), and could have died around 1877, when he lost the lease to the Tighe family.

Thomas was born about ten years after the execution of Billy Byrne of Ballymanus, who put this townland into history.  I wonder if his parents knew Billy (or were somehow connected to him)?

Patrick and his family lived in Glencullen, Rathdown, South County Dublin (just a bit north of Wicklow), so perhaps Thomas died in that area too.