You are here: HomenextPlacesnextGREYSTONESnextA look at marine biodiversity along the Wicklow Coast line

A look at marine biodiversity along the Wicklow Coast line 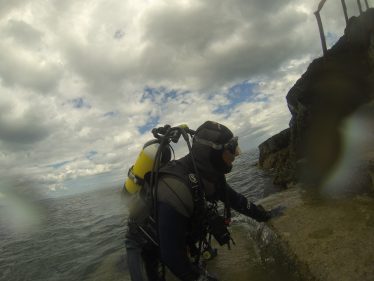 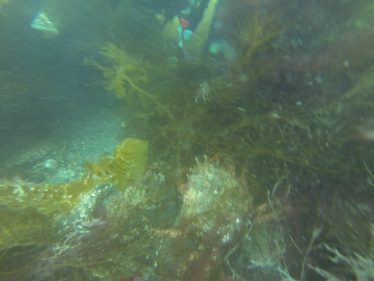 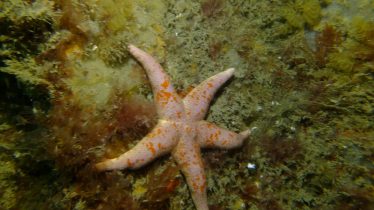 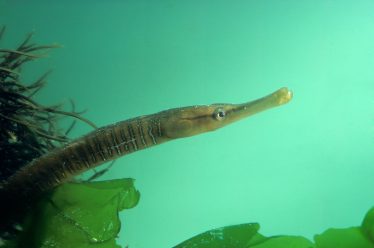 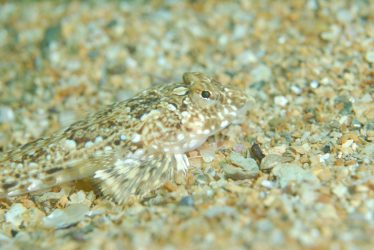 Wicklow Aquanauts, the scuba diving club in Greystones have been monitoring and recording the biodiversity present in two dive sites, Greystones Harbour and Carrig Eden Bay since 2016 and have now completed 58 surveys as part of the National Citizen Science Monitoring Scheme. With this data we are continuing to gain knowledge and appreciation of our local marine biodiversity . We see this richness of marine life as part of our National Heritage .

Come on a dive with us. We get in at the steps and meet at the bottom!

In this series of photographs we give you some idea of the experience of a  summer  scuba dive at Carrig Eden Bay in Greystones by describing the habitat and some of the animals and plants that make up our local biodiversity.

These crabs have long legs and a triangular body. They can be up to half a metre across. This photograph also shows the dense growth of feathery brown and red seaweeds that has occurred in the past two to three years. This is thought to be because of the rise in temperature of the seawater.  As these seaweeds carry out photosynthesis they fix carbon which is positive. However their dense growth makes it more difficult  for us to assess the numbers of other species present ,as they are now more difficult to see.

This starfish is called a Bloody Henry. It comes in a variety of colours. Starfish can be seen on  rocks or on the sandy areas between the rocks. They eat small fish and shellfish. When eating shell fish they prise open the shell and then move on top of their prey to eat it, as their mouth is on the underside.

Its head and snout are like a seahorse as they are closely related. Pipefish are remarkable in that the male rears the young ,in a brood pouch on his body. They are slow moving fish and found in shallow waters amongst seaweeds. The population in Greystones appears to be declining. This could perhaps be due  in part to disturbance  by boats and predation by the large population of sea birds in Greystones.

The dragonet is an extremely well camouflaged fish.  They are very common on sand and on gravel, both in Carrig Eden Bay and in the harbour.  They have a fairly large head and a tapering body. You  often do not see these little fish until they dart out of your way and settle again about a metre or so in front of you.

Then  we surface and return to the clubhouse at the harbour.