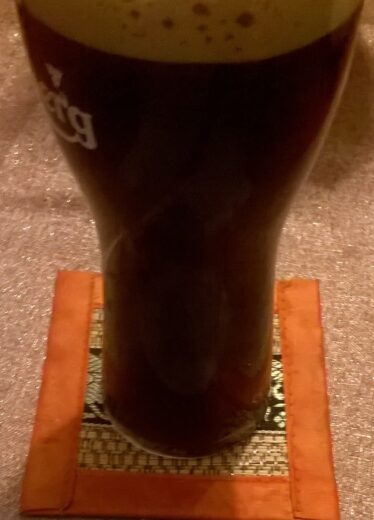 And now for something completely different… time for something a bit lighter! No history today – this [very] short story was written for a school magazine. The object was to demonstrate that not all learning is done in school. There are other kinds too. Enjoy the read.

A drive to the West

A few years ago, I drove to the west of Ireland to meet my cousin. I hadn’t seen him for a few years, and was to meet him in a coastal village (which shall remain nameless) in a well-known hostelry. He was one of life’s characters… about my age, he started college – four times (different courses) – but never finished it. In fact, never finished a first year! Despite such hiccups, he remained incorrigibly determined to enjoy life. An epicurean rather than a stoic, he never actually worked formally that I know of, but did the odd job here and there as circumstances required. He always had the ability to turn such jobs into fascinating scenarios. The previous time I met him, he startled me by telling me that he ‘enjoyed a roll in the hay today’. Turns out he had a ham and cheese roll in a freshly-cut meadow…

Anyway, on this occasion I drove into the western village only to find that there was a maritime festival of some sort in full swing. The streets were choc-a-bloc, and as I crawled up the main street looking vainly for parking I thought ‘typical of him; he never mentioned this’! Other people I would have cursed from a height for that omission, but one didn’t curse my cousin – one just accepted him as he was!

A mass of humanity

Half an hour later, I walked into the appointed meeting place. The bar was a seething mass of humanity, loud, boisterous, gregarious and heaving with people. A trad session was in full swing in one corner, and sardines in a tin had more room to move (and maybe more chance of moving) than anyone in that place. It was the height of the Celtic Tiger, and money was flowing as freely as beer. Apprehensively, but resolutely, I began to elbow my way through the throng…

I located him in the music corner, squeezed in between two attractive young ladies, charming them and the whole company with his spiel, while working his way through a pint and a short simultaneously, one in either hand. Recognition flickered through glazed eyes and he roared a welcome. All eyes turned on the stranger and, feeling woefully inadequate, I said ‘Howya’. ‘Ah shure, Chris, d’oul country’s shagged’ he replied, making elbow room to sip his vodka at six o’clock in the evening. ‘But I’m okay’. Having asked me what I’d have, and having lost his money mysteriously when he went to pay for the round, he managed to make room for me at his table – a minor miracle in itself! I had been prepared for the loss of the money or some other ploy – that was standard practice with him. I sat resignedly through the charade of searching for the hundred-euro note (he never did things by halves). Cursing his bad luck a final time, he turned his full attention to me, and conversation started…

Could speak authoritatively on any subject….

And in that conversation, education happened. His gift of giving his hearer his full attention hadn’t changed. He talked expertly; I listened raptly. And equally importantly (though becoming less and less common in the modern world), he listened raptly when he was spoken to. I first knew he was a special kind of fella when my question ‘What’s wrong’? met with the response ‘Vietnam’. We were about thirteen or fourteen years of age. As we grew older, his worries ranged from Northern Ireland to Eastern Europe; from the oil crisis to the banking crisis. Thanks to copious use of the books and internet in his local library, and to his gift of listening attentively, he could speak authoritatively on any subject. In that western village, with the festival of the sea ebbing and flowing like the pools of spilled beer in the pub around me, I was treated to another session of real education. No mere caricature, my cousin; a character from Terence rather than Plautus; worth listening to him and worth going to listen to him. We talked long into the night and I retired refreshed – a curiosity in itself, but testament to the education I received at that table.

After breakfast (a meal he didn’t do at the best of times), I began the drive home. I thought of our talk the night before on that drive, and many times since. Strangely enough, that conversation included a section on what might happen if the Americans did happen to catch Osama Bin Laden. I thought of this when, by another quirk of fate, they were buried on the same day – Bin Laden at sea and my cousin in a scenic cemetery overlooking it. The same pub was once again heaving after the funeral… he would have loved it!