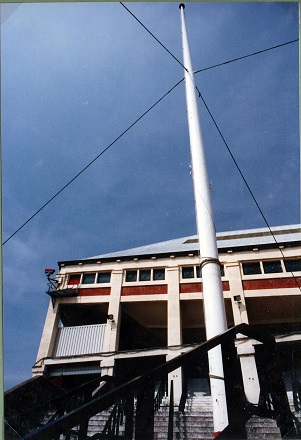 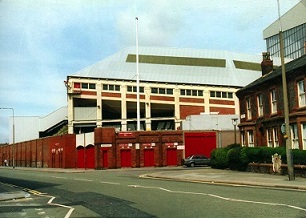 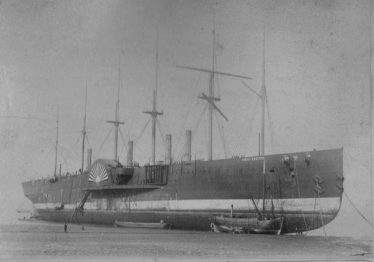 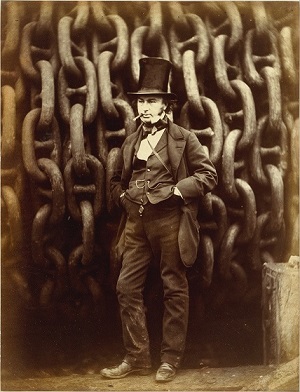 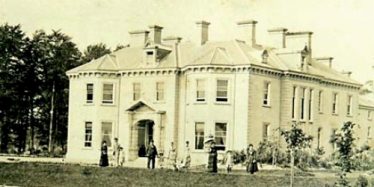 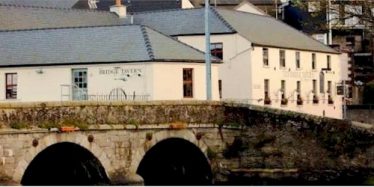 What does a flag pole at the home of Liverpool Football Club have in common with the Irish town of Wicklow?  The answer to this lies with two men and a ship. Not any ordinary ship, but a ship that was so magnificent, people paid just to walk around it – the SS Great Eastern. The two men were Isambard Kingdom Brunel, who designed her and Captain Robert Halpin, her longest serving commander. Brunel was the greatest engineer of his time, famous for the Clifton Suspension Bridge and many other feats of great engineering for the Great Western Railway.

After completing the line from London to Bristol, Brunel came up with the idea of someone in London travelling to New York by taking a Great Western train to Bristol, then boarding a company ship to cross the Atlantic. So he decided to design a ship which the company named the Great Western. Never one to do things by half, she was to be the largest ship that had ever been seen up to that time.  That was in 1838 and five years later he designed another ship which was even bigger – the ssGreat Britain.

In the 1850s, he turned his attention to the southern hemisphere and the prospect of luxury travel to Australia. Because there were no bunkering (coal) stations along the route, such a ship would have to be large enough to carry all her own fuel for the 12,000 mile voyage. The Leviathan, as she was originally called, took four years to build. At over 200 metres in length and 25 metres in width she was fitted out in the most luxurious of finery. Leviathan seemed a very apt name, but her name was changed to the Great Eastern shortly before her launch in 1858, at which 3000 paying customers attended. From the outset she was plagued with ill-luck, with several fatalities during her construction and several more on the day of her botched launch. In September 1859, the ship was on her maiden voyage in the English Channel when she suffered a major explosion to one of her funnels and another five men were killed. Brunel, whose over-work and worry had caused him to suffer a stroke a short time earlier, could not withstand this latest shock and passed away soon after.

The Great Eastern was never assigned to the route for which she was designed and built – the long trip to Australia. Instead she was put on the north Atlantic run to New York, and because of this she was a financial failure. So, in 1865 she was chartered to the newly formed Telegraph Construction and Maintenance Company. The world’s first submarine telegraph cable connected Dover with Calais in France in 1851. Shortly after, a longer connection linked Britain and Ireland. The next step was North America. After a successful attempt to lay a cable across the Atlantic in 1858, the signal lasted only a week, but it proved that it was technically possible.This is where Robert Halpin comes in.

Born in 1836 in the Bridge Tavern in Wicklow Town, about 30 miles directly south of Dublin, Halpin was enraptured by tales of faraway places recounted to him by seafarers who frequented his father’s tavern. By the age of 11 he followed his dream of becoming a seafarer himself. At the age of 22, he was given his first command, but two years later tragedy struck when his ship the Argo struck an iceberg and sank. Although no lives were lost he was found guilty and lost his Masters Ticket for nine months.For the next few years he commanded troop ships to South America and at the outbreak of the American Civil War he ran the Yankee blockades bringing supplies to the Confederate States and returning with cotton to Europe. After being captured by the Union forces he was detained but released after the case against him collapsed. This began his association with the SS Great Eastern.

The Fate of the “Great Eastern” & the Connection With Liverpool FC

In 1865 another attempt was made to connect the 2600 miles of cable between Valentia Island, County Kerry and Newfoundland, with the newly-returned Halpin as First Officer. Although this too proved unsuccessful due to machinery hitches, plans were immediately in place for another attempt the following year.  The Great Eastern was at last a wonderful success, but by the mid-1870s, purpose-designed cable-layers made her redundant. She ended her days in the Mersey as an advertising ship for Lewis’s department store. In November 1888 her assets were auctioned off. The Great Eastern had no less than seven masts, each called after a day of the week, and the owners of Everton FC, who were then the owners of Anfield, purchased mast 4 ‘Thursday’. It was brought to Anfield to take its place behind what is now globally known as the Kop. Liverpool FC was formed in 1892 and the original occupants moved across Stanley Park to Goodison, leaving the mast behind – too late to come looking for it now!The Great Eastern was brought to New Ferry where she was dismantled.  It took 18 months and during the course of this a skeleton was found in the hull.  Sting of the pop band Police composed a song ‘’Ballad of the Great Eastern’’

Liverpool FC are looking at the possibility of remembering this piece of history. As the many Liverpool fans from Ireland file past this flag pole on match day they can now associate it with one of Ireland’s great seafarers, while Liverpool FC can proudly say we have a rare piece of history, a tribute to the greatest engineer Britain has ever known – Isambard Kingdom Brunel, architect of the SS Great Eastern.  Life has a way of throwing up coincidences, and Halpin and Brunel have another tenuous connection. It was Brunel who designed the trickiest part of the railway line which linked Halpin’s native Wicklow with the city of Dublin.

To read more about this story, see this account by maritime historian Jim Rees http://www.countywicklowheritage.org/page_id__7.aspx