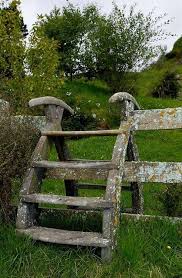 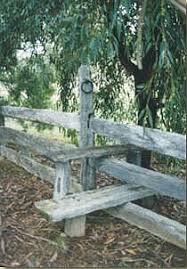 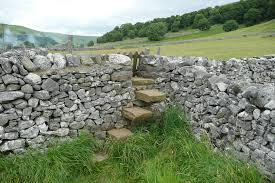 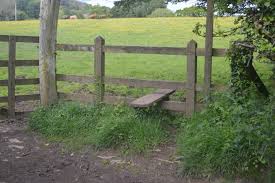 Introduction, Stiles with an “i”

As a member and leader of the CHA (Countrywide Hill Walkers Association) I was asked if I would contribute a small article on stiles.  I confess I am not a total expert on stiles spelt with a ‘y’ as one might see on Ladies Day at the Dublin Horse Show.  However, stiles spelt with an ‘i’ have always fascinated me.  I have a special affection and interest in them.  When I come across one, often hidden in the briars, I stop to wonder why it is there and what Church, national school or stately mansion or to some more humbling dwelling it leads.

They are part of our countryside heritage, usually forgotten, often unrecognised and rapidly disappearing.  A stile, normally of stone, is a number of steps over a ditch or wall into an adjoining field or building.  Animals can’t climb them but they give easy access to pedestrians.

There is a wide variety of designs depending on the obstacle to be climbed.  Some are built at the side of the wall, other are at a right angle to the wall.  Some are beautifully carved, others built of flat field stones.  Usually at the top cross stone there is the shape of the crescent moon cut through the stone so that one’s foot can go through for safer and easier crossing of the stile.

When there were fewer roads and no bicycles or cars the majority of people had to walk to their destination.  The stiles and pathways led across fields and were the quickest way to school, Church. village or to work.  Usually when you see one stile it will be one of a series of stiles across the countryside.  For instance in Annamoe there is a series of stiles that led to Glendalough.

Around Calary Church there are also three stiles.  One is at the back of the Churchyard, another is beside the gate of the Church and a third across the road into a field belonging to the Delamere family.  Only a few broken and protruding stones show where it had been.  The old road, which can still be traced, went behind Calary Church and was the original way to the Church and to a school in Myer’s field.  The site of the school is marked on old maps but now there is no trace of the building.  Myer’s filed was once well known in the Roundwood and Calary area as it was part of the circuit of the Calary point-to-point races.  On occasions the race started in this field and one of the jumps was known as the “Church Bank”.

In the Newcastle area there are a series of seven stiles leading across the fields and along old lanes from the direction of Coyne’s Cross to Newcastle.  One is so hidden in briars that even the farmer who had lived there for years did not know of its existence.  It would be of great historical interest to continue to trace some of these stiles to their ultimate destination.  However I would not like a repeat of one occasion of when I was walking a mass path to Kilquade Church on a Wednesday morning.  I was met by a local farmer who said I should not be walking there.  I pointed out that it was a recognised mass path.  The amusing and subtle reply was “I know it’s a mass path but today is Wednesday and there is no mass in Kilquade Church today”.

Stiles can include a series of steps going up or down to a particular site of interest.  A good example is to be found in the townland of Glasnamullen in Calary where steps lead down to St. Kevin’s Well.  Glasnamullen (or Molingstream) refers to St. Moling’s ruined church nearby.  It is a site of particular interest and significance as it is associated with St. Kevin and St. Moling.  Although largely connected with the diocese of FernsSt. Moling ruled over the monastery of Glendalough for some years.  St. Kevin’s Well is down the steps beside the old bridge nearby.  A large whitethorn tree once grew over the wall where people came to pray and tied pieces of cloth to its branches as a personal symbol of their presence there.  A laurel has now taken the place of the whitethorn tree and the well has been filled in to prevent cattle or sheep falling into it.  Roundwood people and visitors will be familiar with the stiles around the reservoir, but they are of more recent construction.

A poem entitled “Lament of the Irish Emigrant” by Lady Dufferin  tells of the sad memories of a young man who had emigrated and now recalls the site where he once sat side by side with his young bride who had died.  Part of the first and last verse tells of his memories of a stile far away in Ireland.

I’m sitting on the stile, Mary,

Where we once sat side by side

On a bright May morning long ago,

When first you were my bride

The corn was spinning fresh and green,

And the lark sang loud and high

And the red was on your lips,

Mary, And the love light in your eyes.

And often in those grand old woods

I’ll sit and shut my eyes

And my heart will wander back again

To the place where Mary lies

And I think I’ll see that little stile

Where we sat side by side

In the springing corm and the bright May morn’

When first you were my bride.