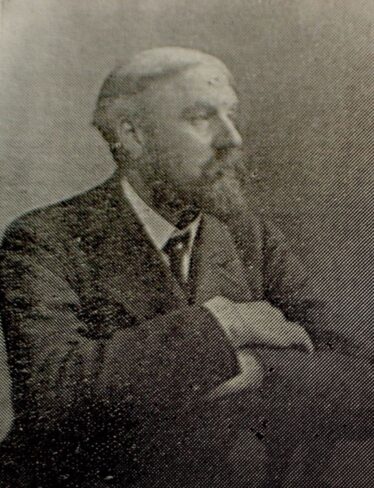 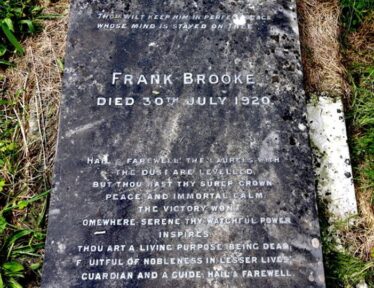 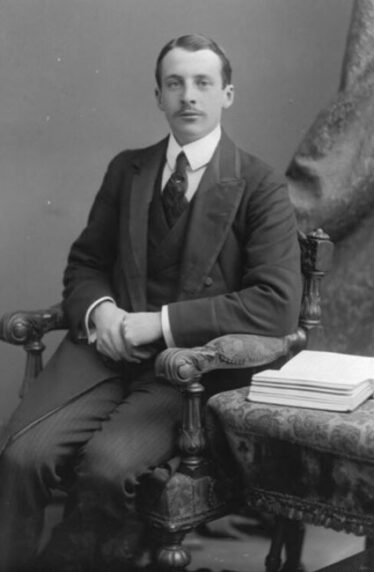 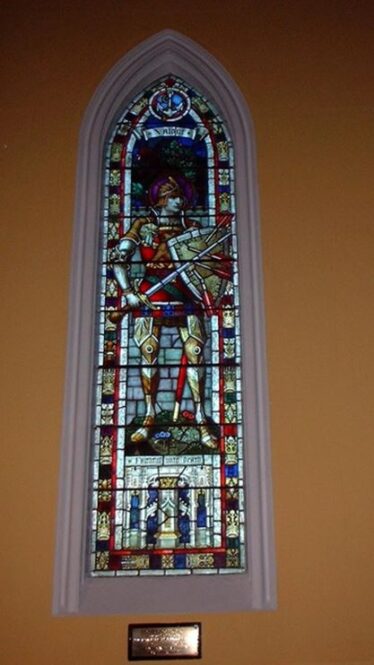 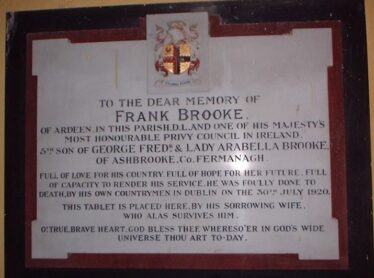 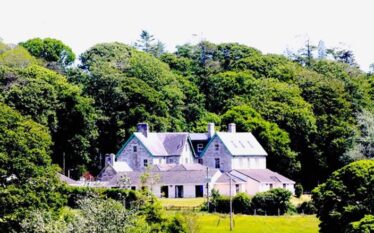 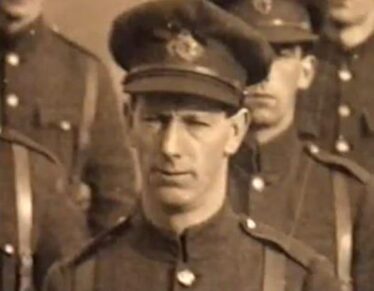 In 1887 Francis Theophilius Brooke became the eleventh of the fifteen consecutive land agents who guided the Coollattin estate through 282 years of smooth operation from 1695 to 1977. During the dark hours of the mid-nineteenth century none were more adroit stewards of lands, resources and tenant farms than Robert Chaloner Sr. and his son Robert Chaloner Jr. In their combined 26 years of administration, they served the population of the estate in times better and worse, richer and poorer, in sickness and in health, and through both abundance and famine. Father and son shared a highly developed sense of moral obligation, a respect for transparency, and an ability to make consistently wise decisions in difficult circumstances. As representatives of the Earl, they had day-to-day responsibility for the entire Irish enterprise, and that required constant interaction with the tenants on Coollattin lands. While issues regarding Coollattin leases were often brought to them by their own estate staff, many of the Chaloners’ interventions were made in response to appeals for justice made directly to him by the tenants themselves. Those cases often concerned matters of a deeply personal nature that the Chaloners were called upon to resolve. Thanks to their own scrupulous record keeping, we still have access to the full range of problems they dealt with and the solutions they engineered.

The agents who succeeded the Chaloners were different. Unlike their predecessors their roots did not lie in Yorkshire. Frederick Ponsonby, Captain McNeill and Frank Brooke came from the Irish Protestant landed class. Each of them came from a background that would commit them to espousing the cause of the maintenance of the union with our neighbouring island. The appointment of Frank Brooke as agent in 1887 reflected the growing opposition of the 6th Earl Fitzwilliam to the prospect of Home Rule. Ironically, William E. Gladstone and Charles S, Parnell the two politicians fronting the Home Rule movement had for many years been close friends and allies of the 6th Earl Fitzwilliam. Both men had enjoyed the Fitzwilliam hospitality and the lavish entertainment provided at Coollattin House. Demands by tenants for fair rents and security of tenure for Irish  farmers received a sympathetic hearing from the Yorkshire based Wicklow landlord. However, any effort to sever the union between the two islands was anathema to Fitzwilliam thinking. Political utterances of the Earl were backed by unsuccessful efforts to establish branches of the Unionist party in Shillelagh and later in Carnew.

In 1902 William de Meuron Fitzwilliam inherited his grandfather’s title. He also inherited Frank Brooke as agent on his Irish estate at Coollattin. Brooke came from near Colebrooke Park, just outside Brookeborough, a village near to Lisnaskea in County Fermanagh. He was a cousin of Basil Brooke, later Lord Brookeborough, who served as Prime Minister of Northern Ireland from 1943 until 1963. Like the remainder of his family, Brooke was a prominent member of the Orange Order, immersed in extreme Unionist politics. In a general election held in late 1885 Frank Brooke, representing the unionist cause had stood in opposition to Henry Campbell in the south Fermanagh constituency. Campbell was a nationalist. He was also a secretary to Charles S. Parnell. Little over a year after his unsuccessful attempt to enter parliament Frank Brooke was appointed as agent on the Coollattin estate. Significantly, his appointment as agent at Coollattin came in 1887, just one year after William Gladstone’s first Home Rule bill for Ireland had failed to get through parliament. The appointment also came in a period when the 6th Earl Fitzwilliam was vehemently opposed to Home Rule for Ireland.

Many irons in the fire

Frank Brooke had many irons in the fire. He was a Deputy Lieutenant in County Fermanagh and also held a similar position in Co. Wicklow. In his home county of Fermanagh, he was a Justice of the Peace. He was chairman of the Dublin and South Eastern Railway Company, director of the National Bank, director of the Norwich Insurance Company, and steward of the Irish Turf Club. Also included on his curriculum vitae was membership of the Kildare Street Club, a gentleman’s club exclusively Protestant and Anglo Irish. Agent Brooke spent a number of days in Dublin each week. During the course of his visits he stayed in either the Kildare Street Club or in the Shelbourne Hotel. Brooke was also to share in some of  the eccentric pursuits of the highly intelligent and mechanical minded 7th Earl Fitzwilliam. In 1904 Brooke was a member of a group of buccaneers brought together by the 7th Earl to travel to Cocos Island which lies off the coast of Costa Rica. Having purchased a vessel ill-suited for the journey they set off on a vain and almost comical effort to discover buried treasure on the remote island. Brooke’s son was the manager of a large ostrich farm in South Africa and the agent spent an extended stint in that country between 1911 and 1914.

It was Frank Brooke’s relationship with Lord John French which was to prove his downfall. In May 1918 Field Marshal John French had been appointed Lord Lieutenant in Ireland and Supreme Commander of the British Army in Ireland. He was at the helm of operations endeavouring to quell the guerrilla tactics being used by the pre-truce IRA in the fight for an Irish republic. French appointed Brooke a member of the seven-man Privy Council. He also took Brooke on board as a private adviser. The two met frequently to discuss tactics. French and his sidekick Brooke soon found themselves on what was known as the IRA’s Black List. Michael Collins, the IRA’s Head of Intelligence instructed his elite hit squad, the Twelve Apostles, to assassinate both French and Brooke. The treatment meted out by the courts to Robert Barton arguably played a role in the inclusion of Brooke on Collins’ hit list. Barton was a close friend and confidante of Michael Collins. In February 1919 at speeches given in Shillelagh and Carnew, Glendalough native Barton threatened vengeance on both French and Brooke in retaliation for the incarceration of Shillelagh born nationalist, Tom Fleming. Resulting from these speeches Barton was charged with sedition and in January 1920 sentenced to three months penal servitude. On St Patrick’s Day 1920 Barton made a daring escape from Mountjoy Prison. He left behind a cheeky note for the governor informing him that he was leaving due to the fact that the room that he had in Mountjoy did not reach his standards. He said that he would, at a later date, be sending a servant to collect his luggage.

On 19 December 1919 the Apostles made an unsuccessful attempt to assassinate Lord French at Ashtown on the fringes of Dublin’s Phoenix Park. A party of eleven IRA members ambushed the two cars in which Lord French and his bodyguards were travelling. The Lord Lieutenant escaped unhurt while IRA man Martin Savage was fatally wounded. During the summer of the following year the IRA stalked Frank Brooke in Dublin, but could not find the right opportunity to kill him. Three Apostles, including infamous IRA hitman Vinny Byrne, were instructed to travel to Coollattin and do the job there. Travelling by bicycle they stayed with fellow Apostle Tom Keogh in Knockananna, and from there they travelled to Coollattin for a reconnaissance. The squad reported back to Dublin that dense shrubbery lining the roads through the estate would make an assassination difficult and escape thereafter more so. They were ordered back to the capital.

During the last week of July 1920 Brooke travelled to Dublin as was his custom. On Friday,  July 30th he attended an executive meeting of the Dublin and South East Railway. The meeting took place in the boardroom at Westland Row railway station. Once the meeting concluded Brooke went to his private office at the station accompanied by Mr. A. T. Cotton, a fellow director and the Irish Traffic Manager of the London and North Western Railway Company. Shortly after noon four of Michael Collins’ Apostles arrived at the hallway of the station, undisguised and nonchalant. While one kept guard at ground level, three of them went upstairs and into Brooke’s office where they saw the agent standing between the window and the fireplace. They then fired a hail of bullets and Brooke died instantly. Cotton managed to escape the gunfire by diving under a table. On the return down the stairway Paddy Daly asked fellow assassin James Slattery, ‘are you sure we got him?’ Unsure of having fulfilled their mission, the two men returned to the meeting room and fired two further bullets into the prostrate body of Frank Brooke.

Feared for his life

No one heard the hit as the Apostles had timed their entrance to coincide with the passing of a noisy train on the tracks outside Brooke’s window. There is no doubting that Frank Brooke feared for his life. In his will he stated that ‘if I am killed by any of these blackguards I want George and Dermie to get as much as possible out of the government’. Both George and Dermie would have benefitted from the £25,000 compensation award made to Brooke family within a month of his death. When the agent was gunned down a loaded revolver was found in his pocket. He did not have the time to reach for it.

Frank Brooke was interred alongside the remains of his first wife Alice in the churchyard in Shillelagh. His funeral a sombre occasion. Former tenants walking two deep and carrying floral wreaths walked in front of the cortege as it proceeded slowly from his residence, Ardeen House, to the church. The mourning party included Earl Fitzwilliam who had travelled from Yorkshire for the occasion.

Frank Brooke was the only land agent at Coollattin to be assassinated, and his murder was totally unrelated to the discharge of his duties. In Coollattin he had been popular, well liked, and known as an efficient and fair minded estate agent, chairman of the Union Board of Guardians, and  Justice of the Peace. At local level he was also the President of the Shillelagh Sports Committee. On this committee Brooke worked with men such as Shillelagh hotelier Pat Kenny – men who in terms of political thinking would have stood poles apart from him. Commencing in 1896 this committee, under the rules of the GAA organised an annual sports day held on the village Fair Green. Prizes for the athletics and cycling events were provided by Coollattin estate and were presented by agent Brooke.

Transfer of land to tenants

From 1903 and 1909 it was Brooke who had single-handedly negotiated the transfer of many thousands of acres to the ownership of tenant farmers, offering terms more favourable than those granted on most Irish landed estates. In recognition of that work, his former Coollattin tenants had thrown a party for him at Coollattin House where they presented with three inscribed silver cups and a silver dessert service. Now they grieved his loss, unaware of the split personality that was Frank Brooke. Few knew of his ultra Loyalism and fewer still suspected his role as an active adviser to those fighting against the establishment of an independent Irish republic.  The 7th Earl Fitzwilliam was one of those in the dark.

Fitzwilliam had no interest in Brooke’s politics, and in fact took no side even as the Irish War of Independence was raging. As the IRA was planning and perpetrating the assassination of his agent, William Fitzwilliam’s prime concern lay in the design and construction of his private nine-hole golf course in his beloved Coollattin.