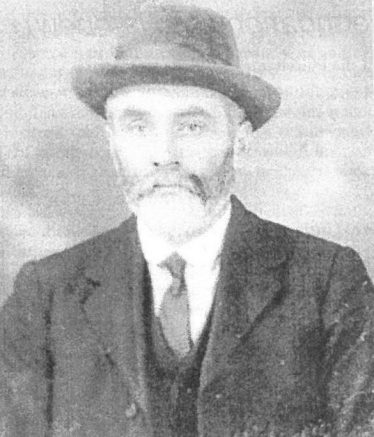 To-day we started from Wicklow at 6 a.m. en-route for Dundalk to procure yeast as arranged. The party consisted of W. J. Haskins and myself. We had with us to Cabinteely, a Captain Wall, who was on his way to join his ship at Kingstown.

We followed the same route as that which I had travelled over on the previous day to Drogheda. But somewhere after passing through Rathoath we must have taken a turning which we had not intended to, and so reached Drogheda, without passing the barricade at Kilmoon. This mistake, as we afterwards learned, saved us from driving right into a rebel ambush.

In Drogheda Mr. Haskins made a search for yeast, but found none. He however heard a very good ghost story which had the additional merit of being perfectly true.

In Drogheda Mr. Haskins made a search for yeast, but found none. He however heard a very good ghost story which had the additional merit of being perfectly true.

“On the previous Tuesday, a funeral wished to pass through Drogheda. It had apparently come some distance, and the coffin was being conveyed on a motor car. It was of course stopped by the armed police control, before entering the town, and the mourners were required to produce their credentials. These were found to be in order and they were allowed to proceed, but were again stopped by the police at the other side of the town. The Sergeant in charge evincing a very impertinent curiosity. The grief stricken relatives had again to produce their papers, but under very indignant protest these were found to be quite correct, and they now supposed that they were free to proceed. But no; this inquisitive policeman wished to interview the corpse; the mourners protested, but the Sergeant insisted, and at last off came the coffin lid; when – lo, and behold – the corpse was found to be alive, consisting as he did of arms and ammunition for the rebels and those unfortunate mourners are now mourning in jail”.

Having failed to procure yeast in Drogheda we continued our journey toward Dundalk. At Dunleer we found the Military in possession with a trench and wall right across the main road from Dublin to Dundalk. They examined our papers and allowed us to proceed, but as it is still impossible to make a motor car leap trenches and walls we were compelled to make a detour of about six miles, and came in on the main road again, about three miles nearer Dundalk, at Patrick Sarsfield’s public house.

Passing through Castlebellingham we reached Dundalk about 12 o’clock, and at the Distillery there procured 70 lbs of yeast. Here we learned that on Easter Monday, a Party of Sinn Feiners had held up the police in Castlebellingham, and had shot a policeman and a military officer. This explained the precautions at Dunleer. 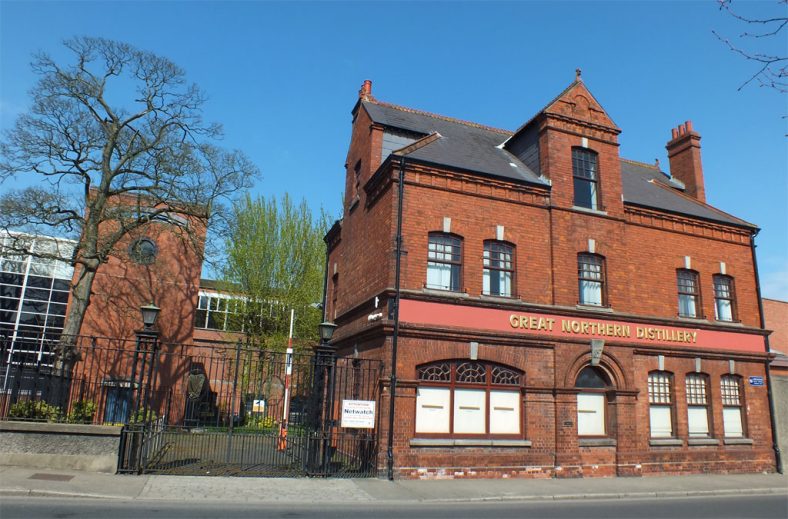 On the return journey, after passing Sarsfields public house, we began to look for a nice place along the roadside where we could stop to eat our lunch. Mr. Haskins remembered having seen a nice place under some beech trees, about two miles from Sarsfield’s pub, and for this place we made. Having come to it we pulled in on one side, near the entrance to a nice house, which stood a little way in from the road. Just after we had stopped, and were getting out our sandwiches and thermos flasks, we noticed a little old gentleman about 100 yards further up the road hurrying toward us, but as he did not look very blood-thirsty we felt that there was no need for alarm, and continued disposing of the sandwiches. Immediately he came up, he enquired for news, for he had heard only the most wild and contradictory rumours, since Monday. We told him all we knew, and it then transpired, that he was out from Dublin, spending his Easter holiday with his friend, the Dean of Armagh who resided in the house, beside the entrance to which we had stopped to eat our lunch. He told us that he lived on the Clyde Road, and was very anxious to get back home to his wife and daughter, who were alone in the house. He had tried on the two previous days, to hire a motor car, but could not, as the military had them all commandeered.

We of course offered him a seat to the City; and the poor man was as grateful as if we had saved his life. He at once ran into the house to get together a few things to take with him, and his friend the Dean came out to interview us. In a very short time he returned, and having packed him into the back of the car among the bags of yeast, we set off. We found him a very agreeable travelling companion, and learned that he held the important position of chief Clerk to the Lord Chancellor.

We learned.. that 60 police had driven right into the entrenched ambush about 11 a.m. and although outnumbered … did not surrender until a District Inspector and eleven men had been killed.

We passed through Dunleer and Drogheda without difficulty but had of course to produce our credentials at both places. When we reached Kilmoon, we found the barricade still on the road, and were again held up by armed members of the R.I.C. from whom we heard that we could not travel via Rathoath as there was an engagement taking place between the rebels and the police, about a mile further along the road, and that it was going hard with the police. We afterward learned that 60 police had driven right into the entrenched ambush about 11 a.m. and although outnumbered by about seven to one, they put up a splendid fight from that time until late in the afternoon, and did not surrender until a District Inspector and eleven men had been killed.

We now had to change our route, and eventually got out on the Navan road at Dunshaughlin. All round this part, the country appeared to be in a very unsettled state, and we noticed several parties of young fellows about the road, who looked ripe for any mischief. However no one interfered with us and we reached Terenure safely, where we parted from our very grateful passenger.

On our way home, we were held up by the military after passing through Stillorgan, and found a very considerable number of cavalry, out round Cabinteely, but as our papers were in order we had no trouble in getting through.

We reached Wicklow safely, and most important of all brought a good supply of yeast with us.

And thus ended the five most eventful days which it has ever been my lot to pass through.