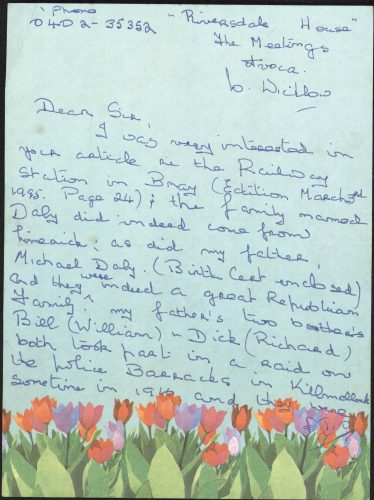 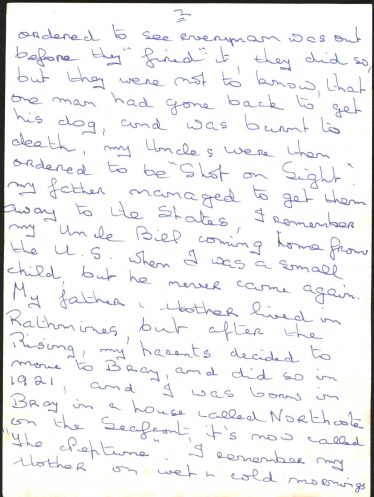 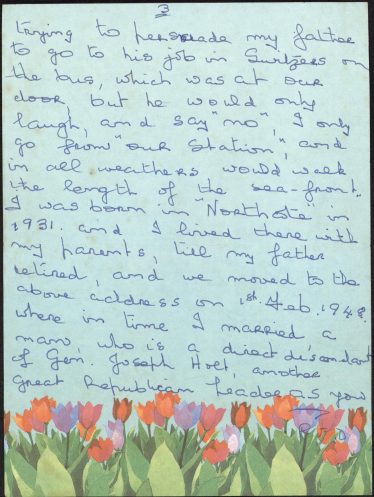 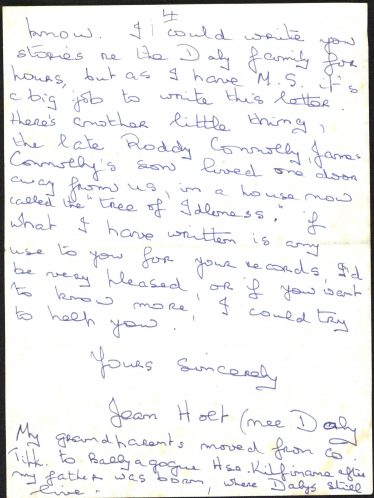 This letter and birth certificate were posted to Brian White from Jean Holt an ancestor of Edward Daly following the publication of his article Who Was Edward Daly? in the Bray People in 1995. They were presented by Brian White at the Wicklow Life 1916 Public Collections day

I was very interested in your article Re the Railway Station in Bray (Edition March 3rd 1995 Page 24); the family named Daly did indeed come from Limerick, as did my father, Michael Daly (Birth Cert enclosed) and they were indeed a great Republican family. My father’s two brothers Bill (William) & Dick (Richard) both took part in a raid on the police Barracks in Killmallock sometime in 1916 and they were ordered to see everyman was out before they “find” it, they did so, but they were not to know that one man had gone back to get his dog, and was burnt to death, my uncles were then ordered to be “Shot on Sight.” My father managed to get them away to the States. I remember my uncle Bill coming home from the U.S. when I was a small child, but he never came again. My father & mother lived in Rathmines, but after the Rising, my parents decided to move to Bray, and did so in 1921, and I was born in a house called Northcote on the Seafront, it’s now called UNCLEAR. I remember my brother on a wet & cold morning trying to persuade my father to go to his job in Switzers on the bus, which was at our door, but he would only laugh, and say “no”, I only go from “our Station” and in all weathers would walk the length of the sea-front. I was born in “Northcote” in 1931 and I lived there with my parents, till my father retired, and we moved to the above address on 1st Feb 1948 where in time I married a man, who is a direct descendant of Gen. Joseph Holt, another great Republican Leader as you know. I could write you stories Re the Daly family for hours, but as I have M.S. it’s a big job to write this letter. Here’s another little thing, the late Roddy Connolly, James Connolly’s son lived one door away from us, in a house now called the “tree of Idleness”.  If what I have written is any use to you for your records, I’d be very pleased, or if you want to know more, I could try to help you.

My grandparents moved from Co. Tipp to Ballyagogue Hse. Kilfinane after my father was born, where Dalys still live. 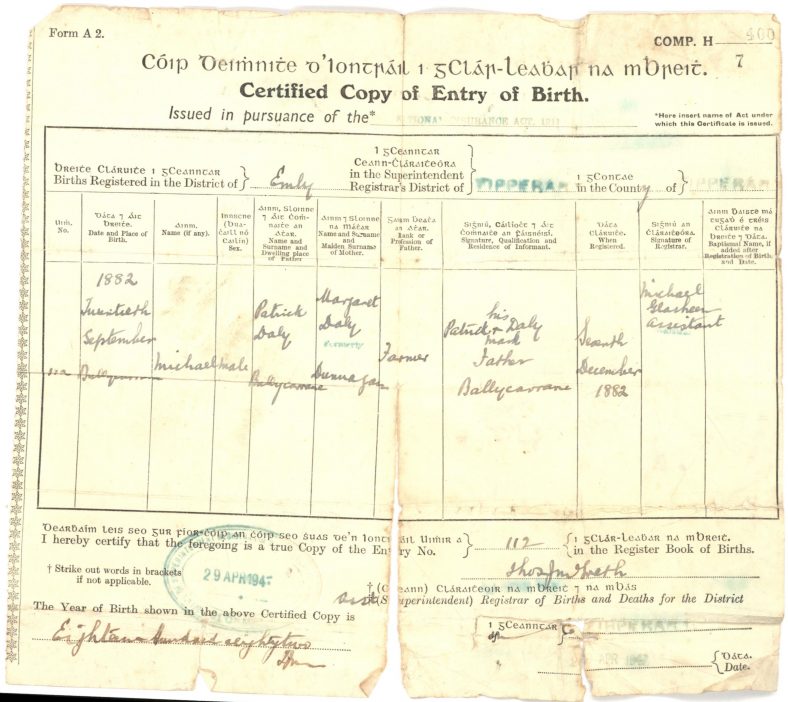