You are here: HomenextTopicsnextWICKLOW 1914-1923nextWicklow 1916nextWICKLOW LIFE COLLECTIONS 1916nextPhoto Postcard of Members of the First Dáil

Photo Postcard of Members of the First Dáil

Mansion House – April 1919. A general election took place for the establishment of an Irish parliament for the first time during December 1918. This election resulted in the formation of Dail Eireann. The inaugural meeting was held in the Mansion House, Dawson Street, Dublin on the 8th January of the following year – 1919. Cathal Brugha presided at this historic Assembly.

In West Cavan Paul Galligan, although interned in Reading Jail, was elected unopposed. 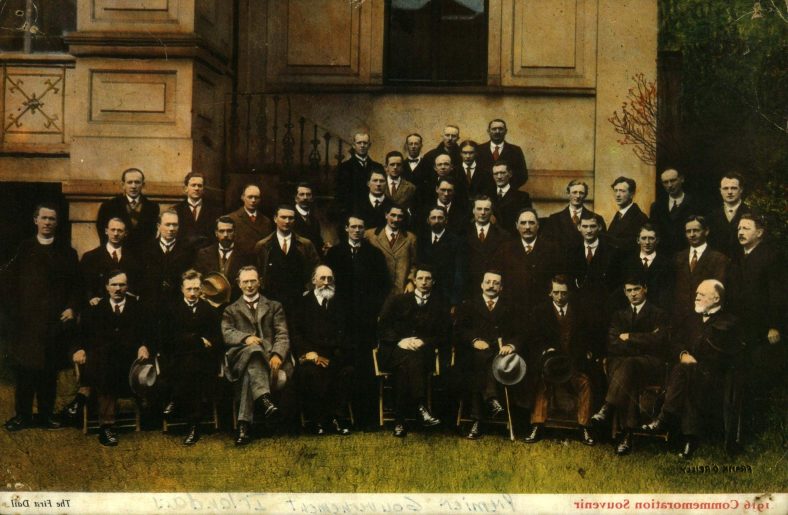 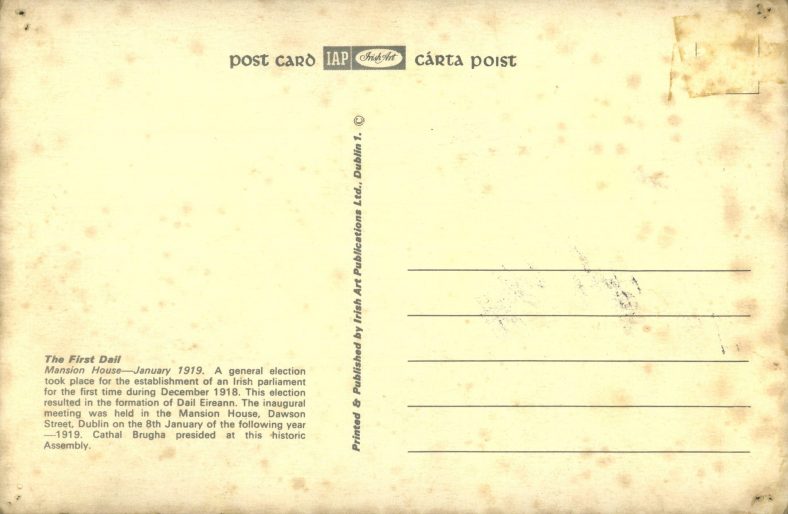