Photograph of Irish Volunteers on Their Way to Howth Gun Running 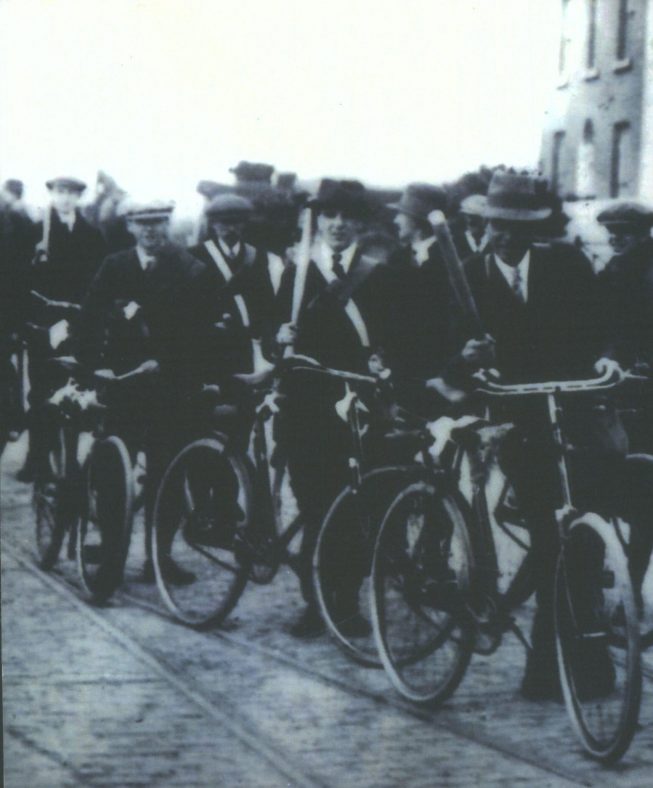 On 26 July 1914, a group of Volunteers were instructed to unload 900 rifles and 30,000 rounds of ammunition  from the yacht the Asgard that Bulmer Hobson, the IRB leader, had secretly purchased in Germany.

Along the way, the Fianna, the youth wing of the Volunteers, brought up handcarts full of oak batons which were handed out to selected men, including Peter Paul Galligan.

Despite being intercepted by British troops on their way back, the Volunteers were ordered to disperse. Galligan and his club-mates of Kickhams football club made their way to their club house and left the rifles there.