You are here: HomenextTopicsnextWICKLOW 1914-1923nextMore Wicklow Decade of CentenariesnextWilfred Levings: Cheshire Regiment in Wicklow in the War of Independence

Wilfred Levings: Cheshire Regiment in Wicklow in the War of Independence 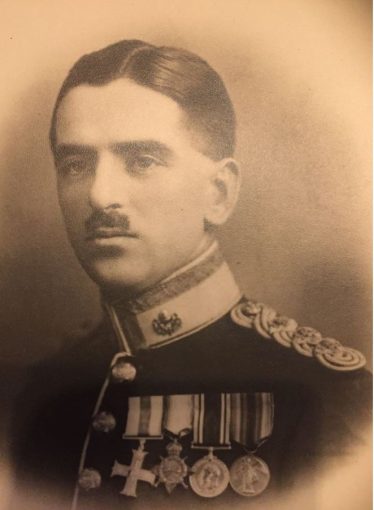 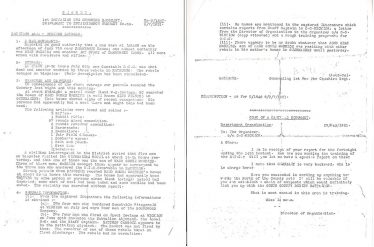 This is my grandfather Wilfred Levings.  He served in World War One and as a commissioned officer was awarded the Military Cross for bravery.  Following the war, he married my grandmother Amy Kennedy in 1919 and then he was sent with the Cheshire Regiment to Wicklow.  Wilfred lived in a cottage with his wife near Glendalough as I recall.

During the War of Independence, Wilfred was shot in the arm during one of the raids carried out by the Cheshire Regiment on suspected rebels.  I believe he was shot by the republican Sean McBride but have not found documents to support this.  Wilfred also stopped a funeral ordering the coffin to be opened as he had been given information it was a mock funeral but the priest would not allow this. Wilfred had the coffin exhumed the following day to find it was full of guns. The funeral was lead by Maud Gonne.  My grandmother was sent back to England for security reasons as Wilfred had death threats made against him.

Included in the images of some of Wilfred Leving’s papers is a report by the Cheshire Regiment of a raid carried out on Maud Gonne’s house in Glenmalure in July 1921.  The raid, which was lead by Lt. Levings followed the shooting of Constable John Fitzgerald of the RIC on the Murrough, Wicklow Town.

Following the Irish rebellion Wilfred returned to Manchester and worked selling products to farmers. When World War Two commenced Wilfred set up the recruitment office in Manchester.  He then worked for the Official Secrets Department.  In 1953, my grandfather migrated to Australia with his wife Amy to join his son’s family.