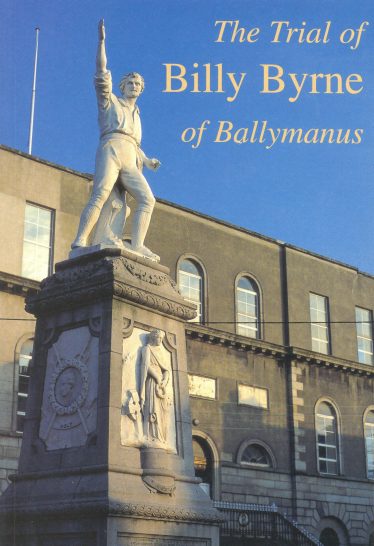 Billy Byrne was one of the most romantic figures of the 1798 Rebellion. But what exactly was his role in it? Shortly after his trial in Wicklow in 1799 an edited version of the transcript was published in Dublin. The testimony of crown and defence witnesses, Byrne’s summation of the case against him, and his own testimony has provided historians with primary source material ever since. This edition of the transcript was published in 1996 as part of the lead-in to the 1998 bi-centenary commemorations of the rebellion to give a wider readership the opportunity to judge for themselves Byrne’s role in the rebellion. This version is fully indexed, contains ‘The Ballad of Billy Byrne of Ballymanus’, his sisters’ petition for clemency, and an account of his execution.