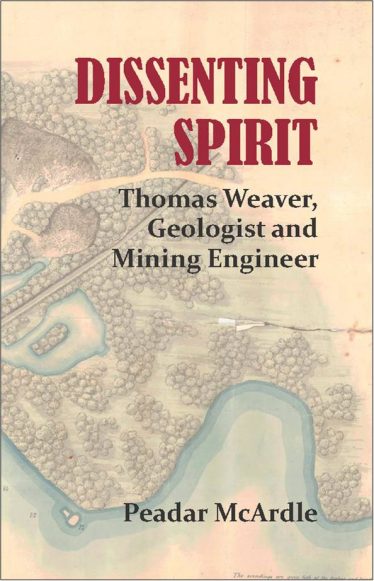 Before he was thirty, at the beginning of the nineteenth century, Thomas Weaver, originally from Gloucester, was an accomplished engineer and geologist who was successfully managing Avoca’s main copper mine and had brought order to the nearby gold workings. An engaging personality, Weaver would partake as enthusiastically in a local ploughing contest as in a scholarly debate in London. His story sheds light on industrial and social conditions in pre-Famine Ireland and elsewhere.

He was active at a time when geology was coming of age as a scientific discipline. Science has been described as a journey without destination, where theories are constantly challenged and remain valid only until they are undermined by new evidence. Yet, as the current climate change debate shows, there can be an alarming intolerance for the very dissent that should be critical to validating its conclusions. This proved to be the case in Weaver’s lifetime as he took issue with emerging mindsets and was eventually marginalised as a result.

This book will appeal to anyone interested in the science and industry of the early nineteenth century, as well as for students of the philosophy and history of science.

Peadar McArdle is a professional geologist and a former Director of the Geological Survey of Ireland, the national agency for geological services. He is the author of The Irish Landscape: An All-Ireland Exploration through Science and Literature.