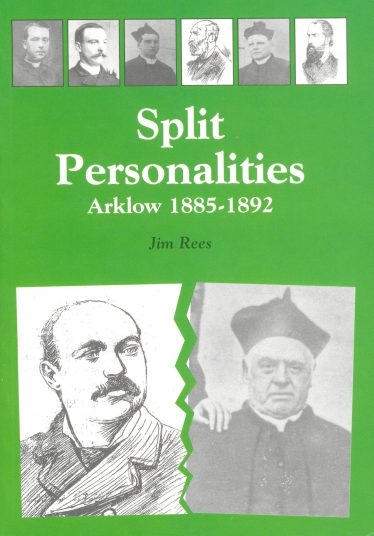 Ireland in the 1880s was in a state of political and social upheaval. The twin campaigns for land reform and home rule were at their height as the National League united disparate elements in the push to end landlordism and establish at least some degree of political autonomy from Britain.

But just how united were those disparate elements? There had always been tensions within the loose coalition of Roman Catholic clergy, trade unionists, liberal politicians, hard-line Fenians, businessmen, socialists, merchants and publicans.

Split Personalities puts these relationships under the microscope of a small town environment. It shows how the various characters interacted, each wary of the other’s motives. While they shared broad aims, the details of their particular visions were often contradictory and led to confrontation. The local branch of the National League was constantly at odds with the central branch; moderate home rulers were opposed to militant republicans; women’s suffrage, workers’ rights, boycotting, manipulation of public bodies to secure posts, evangelical street preaching were all part of the mix long before the Parnell-Katherine O’Shea story hit the newspapers.

In the County Wicklow town of Arklow, these divisions are best represented in the changing relationship of two men, the parish priest Fr James Dunphy – often acting through his curate Fr Laurence Farrelly – and the local medical officer Dr Michael Molony. Split Personalities charts their hardening attitudes as they each became the personification of a particular mindset. What happened to them was what was happening throughout Ireland, but only with a local focus can we begin to understand the human cost of these national events.