You are here: HomenextTopicsnextWICKLOW'S WAR OF INDEPENDENCE | The Historians' ProjectnextENNISKERRY | Brian WhitenextEnniskerry 1919-1922 by Brian White 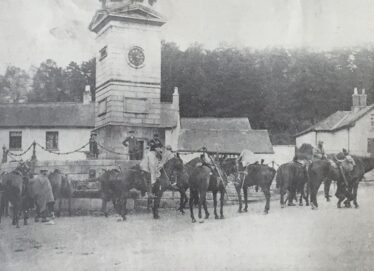 zoom
A cavalry patrol in the village of Enniskerry in Co. Wicklow.
Photo: By kind premission of National Library of Ireland - Irish Life magazine, 28 May 1920 - https://www.rte.ie/centuryireland/index.php/articles/flying-columns-of-british-soldiers-sent-to-quash-irelands-veiled-rebellion. Full collection available at the National Library of Ireland. 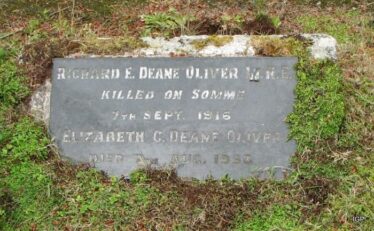 Eppels Film Ltd of Dublin in 1925 made the film “Irish Destiny” depicting the War of Independence. One of the locations used for the film is Enniskerry village. It shows a group of dancers in front of the clock tower in the village and a raid by a Black & Tan unit.

The gathering of three or more persons was banned in Ireland. There was also a curfew between 10pm and 5am. This curbed the social life of people living in the village. Dance halls and public houses had to close early. The bus and rail companies had to re-arrange its timetable and all services ceased at 9.30 pm.

On 22nd May 1919 Alfred Anderson described as a “Sinn Féiner” from Sligo was arrested in Enniskerry and was returned to Sligo.  A warrant for his arrest had been issued by the Sligo court for causing an unlawful assembly in Sligo.

Locals in Enniskerry and district dug trenches in the road to halt military motor cavalcades. In order to get the implements to dig the trenches raids took place on road contractors, quarry tool sheds and on local farms. There are recorded incidents where the Military would round up a group of men to refill the trenches. 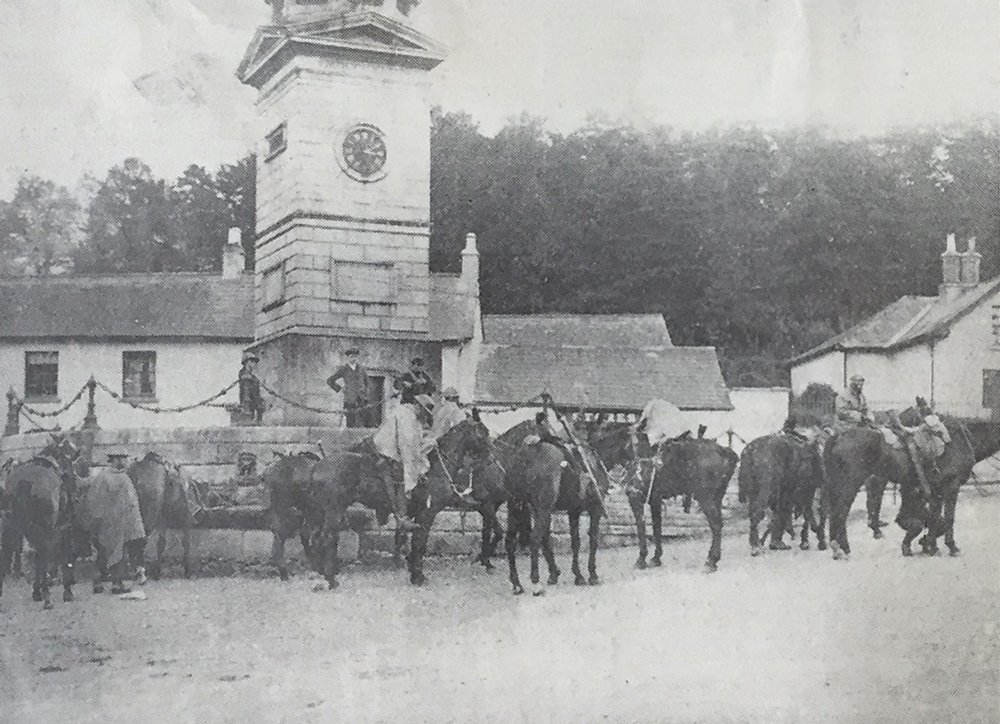 A cavalry patrol in the village of Enniskerry in Co. Wicklow. Irish Life magazine, 28 May 1920 – https://www.rte.ie/centuryireland/index.php/articles/flying-columns-of-british-soldiers-sent-to-quash-irelands-veiled-rebellion. Full collection available at the National Library of Ireland.  Photo: By kind permission of the National Library of Ireland.

The above image shows a flying column on patrol in Enniskerry in 1920. The King Hussars were based in Rathmines Barracks and would patrol south County Dublin and North Wicklow.  The patrol would commence in Rathmines and include Rathfarnham, the Glencree valley, Enniskerry and Bray.

Lord Powerscourt allowed the Military to camp on his estate. When the Police barracks was destroyed by armed men on the 8th July 1922. Lord Powerscourt made available the Parish Hall as a temporary barracks. He also claimed compensation for the burned barracks.

In July 1921 two police constables were sitting in the coffee room of the Powerscourt Arms Hotel when shots rang out. One shot passed through the cap of a constable and grazed his forehead. Both constables returned fire but the person who fired the shots escaped unhurt.

In May 1921 a mail car was held up near Kilcroney. Interception of mail cars yielded cash, money orders. The rate of raids on mails cars caused some concern for the post office. In the period 1st January 1919 to 18th October 1920 a total of 741 raids on Mail Cars took place in Ireland.

Raids also took place on farms and hardware stores and items stolen included shotguns and ammunition, foodstuffs, clothing.  Michael Tallon of Enniskerry had foodstuff stolen from his shop on 8th July 1922 the rebels also took his motor car.  Abraham Chatterton who lived in the Powerscourt estate office on Kilgarron Hill had his car stolen on the 7th July 1922.

A number of farmers in the area had haycocks and sheds set on fire. These are put down to a couple of scenarios (1) the rebels wanted to destroy any evidence they were staying in the shed. (2) The military found that the shed was used by the rebels and then destroyed the barn. (3) the owner was passing information to the police or military.  One will never know which scenario applied.

In June 1922 a raid took place on Enniskerry Post Office. The post mistress Mrs Snow and her Assistant Miss Byrne were unhurt in the raid. The Raiders took £27 in cash and postal money orders. The cash box was found in Dalkey.

An Enniskerry family: the Deane-Olivers

A great sadness came over the village on hearing of the death of Richard Edward Deane–Oliver (Royal Engineers). Killed in action on the Somme, September 7th, 1916, in his 26th Year. Richard was baptised in Powerscourt Church in 1890. His grandfather was Edward Falkoner Litton,QC., who at the time lived at Valclusa, Enniskerry. 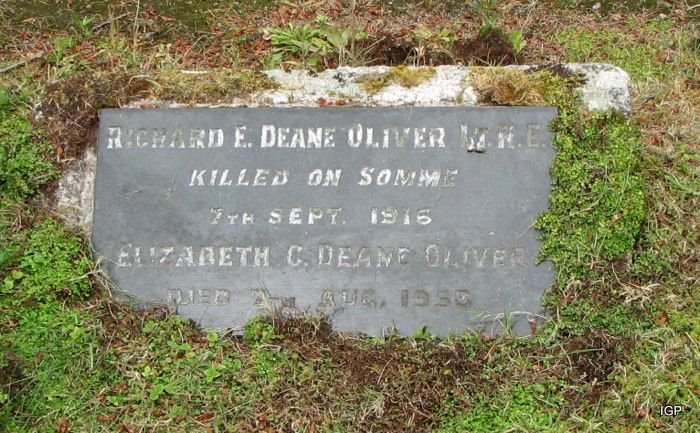 He was educated at  Aravon, and Tinity College Dublin, where he graduated with a degree in Engineering. He gave up a responsible job on the Manchester Ship canal to take a commission in the Royal Engineers and was killed instantaneously by a sniper while engaged in constructing a new line of trenches. He is remembered  on the Roll of Honour in the Christ Church Bray, and Aravon memorials, and on the family grave in Powerscourt Churchyard.

Losing Richard was only the beginning of the family’s troubles. His father, Charles Deane Oliver, lived Rockmills House,near Fermoy  Co.Cork, was Chief Engineer of the Department of Agriculture , and the Congested Districts and Fisheries Board. He was responsible for a great many of the harbours in the south and west of Ireland, and for opening up Arklow harbour in 1915. In 1919, the year he retired, Rockmills House was attacked by masked men who shot Charles in both thighs. Then, in the spring of 1921, the IRA burnt Rockmills House down and the family, having lost everything except their lives, were forced to flee to England to live with relatives. They did return, however, to live productive lives in the new Republic.