You are here: HomenextPlacesnextDELGANYnextMurder And Methodism In The Delgany Parish Records

Murder And Methodism In The Delgany Parish Records 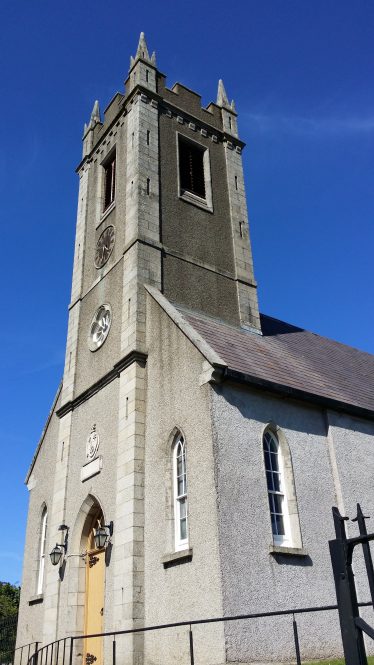 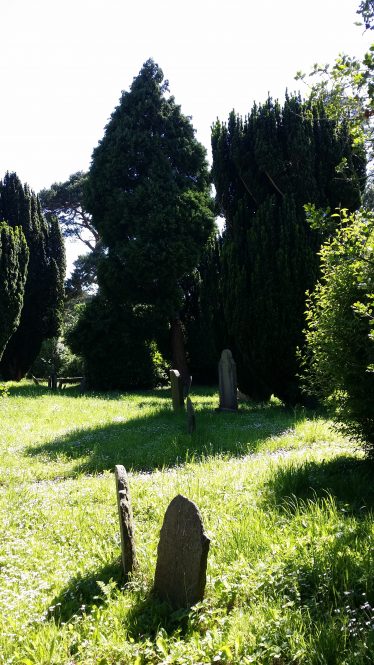 A particularly rich and fascinating insight into North Wicklow history is offered by the registers of the Church of Ireland parish of Christ Church, Delgany, accessible online at www.ireland.anglican.org/about/152  These records, covering the period 1666 to 1900, list births, marriages and deaths within the parish boundaries, which stretch from just south of Bray Head in the north to Kilquade in the south, and from the coast westward to the Great Sugarloaf.  Those mentioned include not just the great landowners and gentry of the area, but also the farmers, fishermen, artisans, traders, labourers and their families who made up the bulk of the population. Alongside them are the visitors of every rank, from the genteel widow and retired army officer to the foundlings, vagrants and often nameless unfortunates, thrown on the mercy of the parish by the winds of misfortune. This is sometimes literally and poignantly true, as in the case, for instance, of the ‘master of a ship from Wales which was cast away and he drown’d’, or the ‘poor woman found dead on the strand, who perish’d as it is suppos’d thro’ the inclemency of the weather.’

While the official listing of baptisms, marriages and burials is what draws the local and family historian to these records, it is these scribbled footnotes, with their tantalisingly incomplete details of life and death, which distract the reader’s attention, and prompt a search for any further scraps of information. Certainly, that was my reaction when, glancing through volume two of the registers, I reached the burials for the month of September 1813. Of the three listed, the first two, dated 9 September, were a husband and wife: William Massey, aged 54, and his wife, Mary, aged 45, of Templecarrick. This double bereavement was striking enough, but the note attached to the entry was even more startling: ‘murdered in their bed’, it read, ‘8 children thus left orphans.’  Seeking details of what was evidently an horrific crime, I found them in the Morning Chronicle of 15 September 1813:

Dublin, Sept 9 – Tuesday morning [7 September], about three o’clock, six ruffians broke into the house of Mr Massey, a most respectable farmer, near Delgany; they were armed with hatchets. Mr Massey being a very able man, it is supposed made some resistance. Mr Massey was murdered; and Mrs Massey, when the accounts came away, was considered at the point of death, having sustained dreadful injury. The house was robbed of considerable property, after which the murderers escaped.

The Morning Post of 17 September 1813 added a little more to the story, including confirmation of Mary Massey’s death. According to its report, the weapons used had been bill-hooks rather than hatchets, and ‘men answering the description of the murderers’ had subsequently been observed ‘on the road leading from Delgany to this city [Dublin].’

This is the last we hear of six attackers. Either the first reports exaggerated the number involved, or most of the gang managed to make good their escape. However, it seems that one man was apprehended not long afterwards, and two months later the Bury and Norwich Post reported the arrest of a second suspect:

Monday morning [22 November 1813] the man concerned in the murder of Mr Massey and his wife, of Templecarrick, in the County of Wicklow, was taken by the exertions of the Police. Justice will now be fully satisfied respecting this transaction – his associate having been already hanged.

The Masseys were a numerous and long-established family, deeply embedded in the community, and the tragic events of 7 September must have left a deep impression on the minds of their neighbours. By contrast, the third person buried in September 1813 was an outsider, someone (like many another over the years) whose working life had been spent elsewhere, but who chose to live out his retirement in this particular neighbourhood. Matthias Joyce, described in the register as ‘Methodist preacher’, was born in Dublin in 1754 to ‘honest, industrious parents’, baptised a Catholic, and at fourteen was apprenticed to a printer. As a young man, he was fiery and erratic, but in 1773, at the age of nineteen, he heard John Wesley preach in Dublin, and shortly afterwards became a Methodist. Feeling a call to more active involvement, in 1783 he ‘took leave of my wife and child, my dear acquaintance, and native place, and with an aching heart set out’ to become an itinerant preacher. Described as ‘a man of a remarkably loving and peaceable disposition’, he proved himself an effective missionary, serving successively in Munster, in Northern Ireland and on the Athlone circuit. In 1795 he was appointed first Book Steward of the Irish Conference, with responsibility for Methodist publications. He held this post until 1806, and during this time lived in Whitefriar Street in Dublin, in a house adjoining the Methodist chapel there. His final years were embittered by some unspecified ‘afflictions’ relating to his family, which reportedly ‘preyed on his spirits, and helped to bring on that debility, both of body and mind, which disqualified him from preaching during the last three years of his life.’ It may well have been the onset of this illness which prompted his retirement to the relative tranquility of north Wicklow, where he may also have been able to count on the support of sympathisers, such as the La Touche family at Bellevue and the evangelical rector of Delgany, Rev James Dunne. Matthias Joyce died in the parish in the week following the Massey murders, and was buried there on 17 September. If any stone was erected to his memory, I have not been able to trace it, but his fellow preachers, at their annual meeting in 1814, paid tribute to him as ‘a brother whose memory is precious to all who knew him’ and a faithful and untiring worker on behalf of Methodism.

As ever, these accounts leave behind as many questions as they answer. Was the motive for the Massey killings robbery pure and simple, or were other factors – political, agrarian, sectarian, personal – at work? Who exactly were the culprits, and what was their eventual fate? And what happened to the eight Massey orphans, to whose subsequent movements the registers offer no clue? What precisely were the difficulties which assailed Matthias Joyce, and what brought him from his native Dublin to spend his final, unhappy years in Delgany parish?  Yet what does emerge from this very brief reading of just a fraction of the records – on the incidence of rural violence, on demographic patterns in the area, on the growing impact of evangelicalism – does offer at least an indication of the wealth of information contained within these pages. Traditionally the first port of call of family history researchers, registers such as those of Delgany parish also have enormous potential to enhance local historians’ understanding of the history and development of their own place.

For further information on the availability and use of such records, see Catherine Wright, ‘CountyWicklow parish records’ on this site http://www.countywicklowheritage.org/page_id__24.aspx