You are here: HomenextPlacesnextNEWTOWNMOUNTKENNEDYnext'The Battle of Newtownmountkennedy'

'The Battle of Newtownmountkennedy' 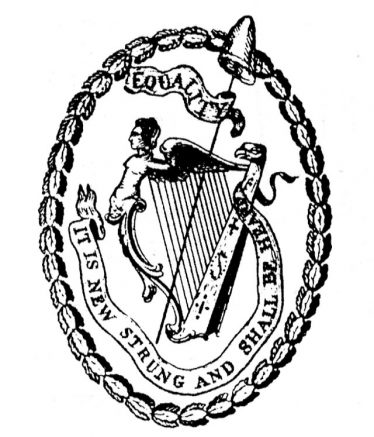 zoom
By The United Irishmen [Public domain], via Wikimedia Commons

“Equality —
It is new strung and shall be heard“

This famous local battle took place on 28th May 1798.  It was one of those many battles fought during the 1798 Rebellion between British crown forces and the native Irish who sought independence from England.  Irish rebels from the locality and neighbouring villages under their leader Michael Neil led an unsuccessful assault on the military barracks in the village.  Sixty of the crown forces led by Captain Bregany set fire to houses in the square to create a smokescreen for a counteroffensive.

Many of the wounded and exhausted rebels withdrew to nearby Dunran woods and the Devils Glen.  Following the battle local yeomanry cavalry set fire to the woods to flush them out.  Of the 1,000 rebel forces who took part about 170 perished. Michael Neil was later executed and is buried in Killadreenan graveyard.  The crown forces numbered about 100 which included the yeomanry. Captain Bregany was killed in the assault and is buried in Newcastle graveyard.

A well attended community event focusing on ‘The Battle of Newtownmountkennedy’  took place on 25th October 2015 in the community centre.