You are here: HomenextPeoplenextJoseph Langrell - Gamekeeper. 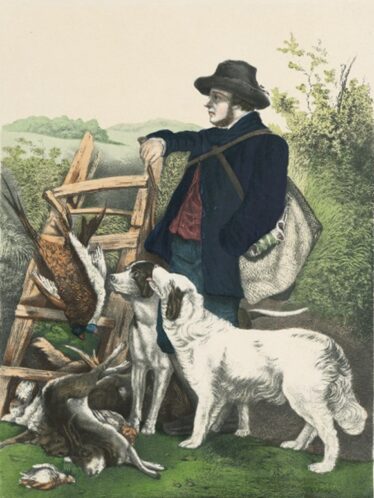 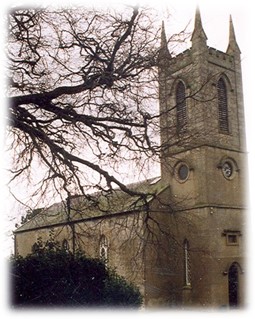 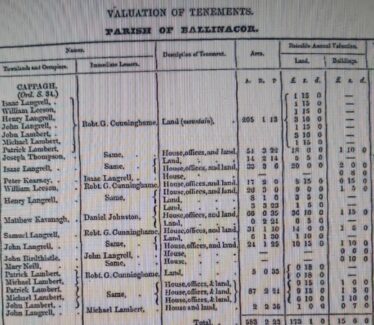 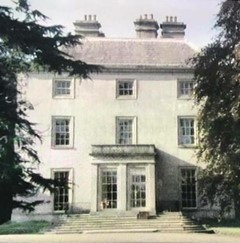 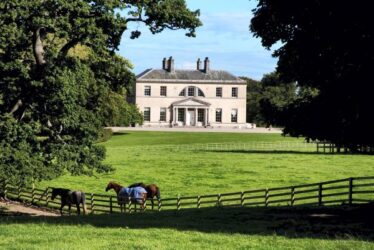 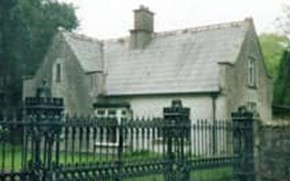 Extract from ‘A topographical dictionary of Ireland’ by  Samuel Lewis

NEWTOWN-MOUNT KENNEDY, a post-town, in the parish and barony of NEWCASTLE, County Wicklow, and the province of LEINSTER, 7 miles (N) from Wicklow and 17 (S.by E.) from Dublin: containing 825 inhabitants, The town is situated on the mail coach road from Dublin to Wexford, and owes its origins and its name to Alderman Kennedy, who was knighted in the reign of Charles 11, and obtained a grant of the manor. In the disturbances of 1798 it was the scene of a sharp skirmish between the insurgents and the King’s forces; the former, to the number of about 1000, variously armed, commenced an attack on the town, early in the morning of the 30th May, by burning some houses; but on advancing to the market-house, they were opposed by the little garrison, consisting of a detachment of the Ancient Briton cavalry, another of the Antrim militia, and some yeomen cavalry in all 100. In the first onset, the commander of the Ancient Britons was killed and captain and lieutenant of the yeomen severely wounded, but after some loss on both sides, the insurgents were totally routed.

The town is pleasantly situated on a declivity towards the east, in the centre of some of the most beautiful scenery in the country. It chiefly consists of one wide street, with a small market-house in the centre, which being disused as such for a long time in now call the court-house; 123 houses irregularly built, some slated, but the greater number low and thatched. The market, which was held on Friday, has been discontinued. Fairs are held on Feb 2nd, 5th June 29th  August 15th  Oct and Dec. 21st. Petty sessions are held on alternate Saturdays, and road sessions every quarter. It is also a constabulary police station. There is a fever hospital and dispensary, supported in the usual manner.

On an eminence near the northern entrance of the town, a church is in the progress of erection, as a chapel of ease to Newcastle, on a site given by Robert Gun Cunningham, Esq., the lord of the manor, who also contributed £100 towards the construction. It is in the later English style, and although not finished, divine service is performed in it. About 120 children are educated gratuitously in a school kept in the old market-house. The town has an excellent inn, as well as beautiful and romantic places in the country, such as the Glen of the Downs, Belview described under Delgany; Woodstock, under Newcastle; Dunran, Kiltimon and the Devils Glen under Killeskey and in its immediate vicinity are several fine mansions and elegant villas.

Mount Kennedy, formerly the residence of Sir. Richard Kennedy was purchased from his descendant by the late General Cunningham, who was afterwards raised to the peerage by the title Baron Rossmore and who expended upwards of £60,000 in plantations and other improvements, it is now the seat of R. Gun Cunningham, Esq. The house is a noble structure of ionic order, built after a design by Wyatt, from the portico on the western side is a fine prospect of highly ornamented grounds, closed in by the mountains in the distance: and from the eastern front another prospect equally rich in scenery and more extensive in scope, terminated by the sea; on the law grew an arbutus of extraordinary dimensions, which being shattered by a storm the arms, having been laid down and take root, serve by the extend of ground they spread over to convey an idea of the great size of the parent trunk; the demesne contains some very fine specimens of sweet chestnut, oak and ash, in the highest degree of vigour. In the hall are the fossil horns of a moose deer, found with several others at Kiltimon.

My Langrell/Langrill family who settled in Wicklow had arrived in Ireland in the 1600s. Assumed to be Huguenots,  before they arrived in Ireland it is unconfirmed whether they spent time in  England or Scotland.  The earliest Langrell birth I have found was in Kiltimon, Newcastle, Co. Wicklow in 1704 to Joseph and Mary who had a son James christened 18th March 1704 at Kiltimon, Newcastle.

In 1813  a Joseph Langrell, Newcastle, was granted a   licence to hold firearms. Joseph’s occupation was as a gamekeeper on the Mount Kennedy Estate. Joseph had a brother  George who was born in Newcastle in 1763. According to the Chelsea Pensioner’s records, George was a soldier fighting in Canada with the 98 on foot in 1818.

In 1590 George Kennedy, a wealthy Dublin Merchant named his Estate in County Wicklow,  Mount Kennedy. From 1590 to 1769 the estate remained in the Kennedy family. In 1769 Elizabeth Barker, who had inherited Mount Kennedy through a male Kennedy,  sold the estate to Lieutenant General Robert  Cunningham. Robert  Cunningham was married to a Scots/Irish heiress Elizabeth Murray.  Robert Cuningham, Scottish by birth, studied law. He was a military man who came to Ireland as a page to the Lord Lieutenant.  Robert Cunningham also became an M.P. for Monaghan. He was the first Baron of Rossmore 1769-1796

In Wicklow, the Cunninghams built a new manor house on the vast Kennedy estate.  Mount Kennedy House was built between 1782-1785. In 1801 Robert  Cunningham died without leaving an heir.  His wife’s nephew Warner William Westenra became the second  Baron of Rossmore.

Joseph Langrell was born into the Langrell family at Newcastle, Wicklow in 1730 to unknown parents. By the second half of the 1700s, Joseph Langrell with his wife Eleanor was farming at Cappagh, Aughrim. Joseph Langrell (Langrele) died at Cappagh in 1808 he is buried in the Old Kilpipe burial ground.  By the time of The Title Applotments books in 1823 William, Isaac and Richard Langrell were farming at Cappagh.  In Griffith’s Valuations in 1847, another generation of the Langrells was farming at Cappagh. They included Isaac, Henry, John and Samuel Langrell. The lands, on the mountain and on the flat, was leased to them by Robert Gun Cunningham, Mount Kennedy who in 1849  was Deputy Lieutenant and High Sheriff of Wicklow.

The Mount Kennedy Estate would remain in the Gun Cunningham family until 1928. The lands at Cappagh once owned by the Cunninghams and leased by Langrells are now owned by the Langrell families where the farming tradition, which commenced in the 1700s, continues to this day.

In 1847 Samuel Langrell grandson of Joseph was farming at Cappagh, Aughrim.  Samuel’s son John Langrill in 1854 married Mary Mooney in Athy Parish Church, Kildare.  Sometime in the late 1800s, John Langrill and Mary (known as Martha)  with their five children moved to a gate lodge on the Johnstown Kennedy Estate, at Rathcoole,  where John worked as a coachman and Mary as a laundress.  In 1898 their daughter Elizabeth married a coachman by the name of Alfred Canham, of English parents who was a Coachman at Sallymount Demense,  Brannaxtown, Naas. By 1901 John Langrill had died. Mary and her three single daughters continued their laundry industry.  In 1919 Mary died at Johnstown Kennedy. She was 91 years old. Mary is buried with her daughters in the Church of Ireland Churchyard Rathcoole. The Kennedy family rest in a crypt in the same churchyard.

Johnstown Kennedy Estate was the setting for the T.V. series The Irish R.M. The house was demolished in 1989.