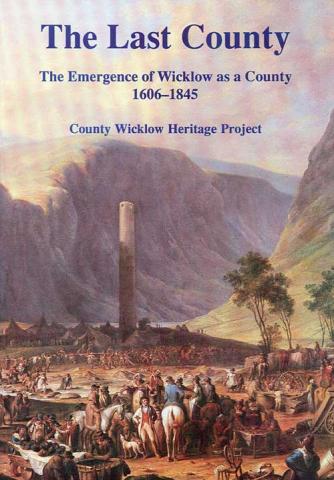 In 1672, William Petty estimated the population of the country to be roughly 1.1 million, out of which there were 800,000 Irish people.

It had been estimated that the population was over 1.8 million thirty years before: about 504,000 of the Irish people perished and were wasted by the sword, plague, famine, hardship and banishment, between 23rd October 1641 and the same day in 1652. The population of Wicklow, at this time, was unknown. The earliest population estimated for Wicklow was in 1812. In this year the population was calculated as being 83,109, excluding the barony of Newcastle. It can be roughly estimated that Newcastle would have a similar population to Arklow because they had a similar demographic structure. Altogether in the county in 1812 there were somewhere in the region of 101,357 people. The returns for Wicklow were as follows:

From 1821 onwards there was a census every ten years; the following table shows the population of the county, male and female, for the first half of the nineteenth century:

The census of 1841, being the last before the Great Famine, gives us some indication of the state of the country in those years. It can be roughly calculated from it that there were 50,861 employed, 61,360 were too old or too young to work and 13,922 were unemployed. The population was evenly balanced between males and females. The drop in the population of 21.53% by 1851 shows the severe reduction caused through death and emigration (it must be remembered that Wicklow did not suffer as greatly as many other counties during this time).

By 1861, the first census to give religious denominations, Roman Catholics made up 81% of the population of the county, the Church of Ireland constituted 17.7%, Presbyterians were 0.3%, Methodists were 0.8% and others were 0.2%.

In the Ballymore Eustace Church of Ireland records (this parish is in county Kildare, on the border with Wicklow), between the years 1794 and 1798 there were 81 recorded deaths, 56 of which were from illness, 3 were of natural causes (old age), 2 were from violence, 1 was from unknown causes and 3 were from accidents. The illnesses recorded ranged from dropsy to asthma and apoplexy. There were no records for 1798 as there were too many deaths to record due to the Rebellion. There was one interesting case where a man was registered as having died from palsey and the next entry was that of his wife on the very same day; the reason given for her sudden death was grief. Eight of these who died were infants, giving an infant mortality rate of about 10%. Being on the border of county Wicklow it could be assumed that this county would have a similar breakdown in its deaths.