When the increased intensity of the attacks by the IRA became too much for the Royal Irish Constabulary, the British Government mobilised regular army units to help support the beleaguered police force.  The 1st battalion of The Cheshire Regiment were mobilised and arrived in Ireland in June 1920 with responsibility for garrisoning County Wicklow and to relieve the Lancashire and Berkshire regiments.  This article will look at their experience during the of War of Independence in County Wicklow.

The first contingent arrived in Dublin’s North Wall aboard the Slieve Bawn on June 16th but due to the strike by dockers and railway workers they had to unload the ship themselves.  The next contingents sailed directly to Wicklow aboard HMS Urchin and discharged two groups of 100 men on the 17th and 18th.

They were head quartered in Avondale house but had detachments spread around the county –  the military camp at Kilbride, the Royal Hotel in Bray, Holywell House in Kilpedder, Wicklow Gaol, Arklow, Enniskerry and Shillelagh. 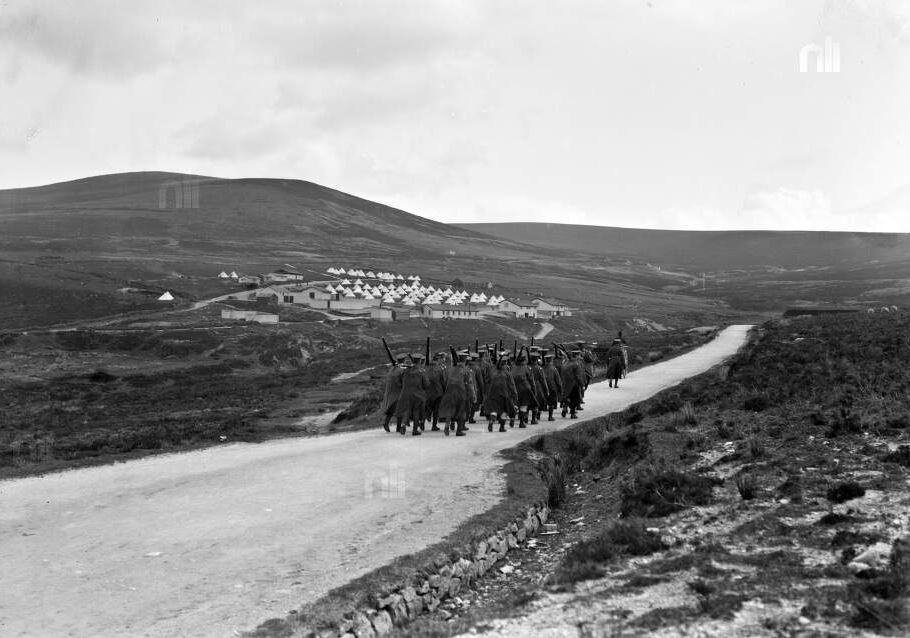 Their primary mission was to support the RIC in carrying out searches and rounding up I.R.A. suspects.  In November of 1920 the offices of Wicklow County and Urban Councils located in Wicklow Court House and Town Hall respectively, were ‘searched exhaustively’ by The Cheshires with fix fixed bayonets.  They cordoned off both buildings extending the search area to L. Byrne’s Hotel.  No person was allowed to pass the cordon.  They removed 45 documents after a 3 hour search including minute books, ledgers and a large bundle of paid cheques.  The search providing entertainment for the crowd of assembled onlookers.

During June of 1921 they were active almost daily carrying out searches around the county to find I.R.A. members.  These searches were carried out based on intelligence from the R.I.C. which was often from informers or from orders received by telegram from HQ.

The Cheshires had only one fatality during their deployment in Wicklow.  L.Cpl.  Jack. Williams took his own life on April 16th 1921 in Avondale House.  He was buried with full military honours in  St. Saviours Rathdrum (CoI).  He was one of 42 suicides in the British Army in Ireland during the period 1919-1922. 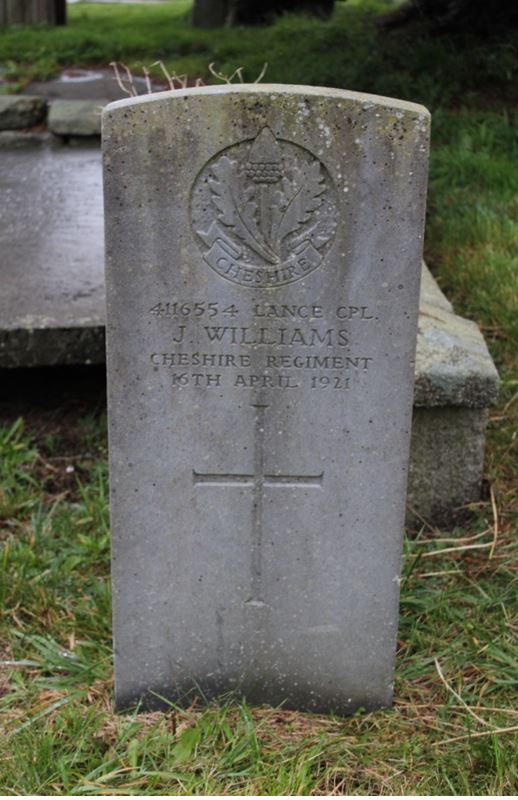 They suffered two more casualties in Wicklow Gaol.  Both were as a result of accidental shootings.   Pte. Thomas Pike had the top of his finger blown off by the accidental discharge of his rifle in June 1920 and the following August  Pte. Perry was seriously wounded in the barrack room when cleaning their revolvers after returning from patrol.  He was shot through the lung and removed to hospital in Dublin.

Their only casualties to IRA activity occurred in April of the following year when 2 homing pigeons consigned to the regiment were seized by the IRA at after holding up the Wexford train at Salthill station.

The regimental journal ‘The Oak Tree’ provides a good picture of the social life of the regiment while in Wicklow.  They were particularly active in Rathdrum holding one of many concerts on February 17th 1921 on the anniversary of the Battle of Meenanee in 1843, an important event in their history.  They commented that several local ladies took a turn in the concert.  Later in the year concerts by the regimental band were given every 2 weeks in the square.

They paraded in Rathdrum on remembrance Sunday at St. Saviours when the memorial to the men of the parish that died in the ‘Great War’ was dedicated in the church.  Many of the men would have been veterans of that conflict.

Much of the rest of their time was taken up in sporting events, football matches between the various detachments, musketry competitions in Kilbride and even a hockey game on the ‘Morragh’ in Wicklow.  A football match was held in Coolatin between some locals and the Shillelagh detachment  with the soldiers reporting that  football skills of the locals were such that ‘never heard of football’.  The solar eclipse of April 8th 1921was observed by the detachments across the county.  In fact there main complaint during this period was boredom.   This was particularly true in Wicklow where there was no gas light due to a strike making the Gaol even more dismal.

One of their newsletter provides a very detailed description of a journey from Dublin to Rathdrum which reads more like a tourist guide than a military report. 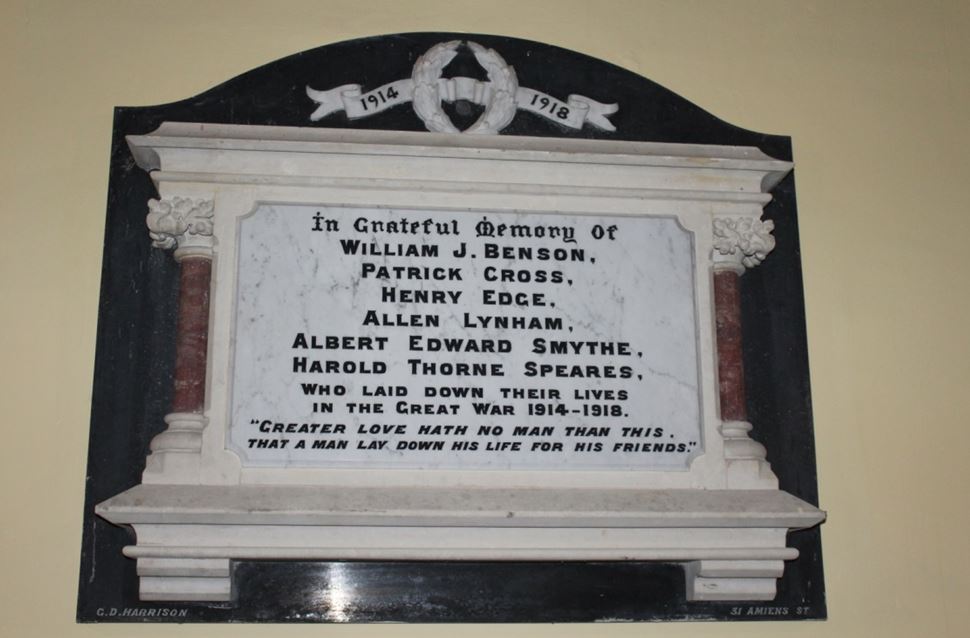 The Cheshires had a very uneventful and relatively safe time in County Wicklow when compared to their comrades in Munster.   Before they left one of their members commented on Wicklow Town that:

We have nothing to report in the way of operations, the people of the county town being at the present quite docile.

In 1982 a former soldier looked back on his time in Ireland for ‘The Oak Tree’.  He commented that the Rising in 1916 was ‘a stab in the back’ and brought a feeling of ‘resentment’ against the rebels given the struggle against the Germans.  He says the following of 1921:

The important difference between this and later phases of the was that unarmed individual off-duty soldiers were never molested when out of camp…they were welcomed in shops and bars of towns and villages.  Soldiers soon had girl friends, as in any normal station.

The Cheshires departed Wicklow Gaol on February 11th 1922 handing over control to Commdt. M. Carroll bringing an end to the presence of the British Army in Wicklow.