You are here: HomenextPlacesnextNEWCASTLEnextThe Rookery, Newcastle 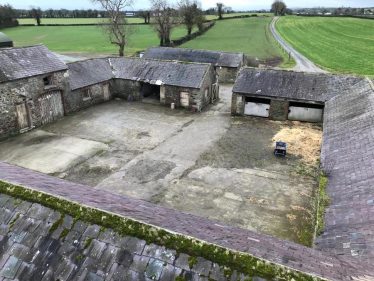 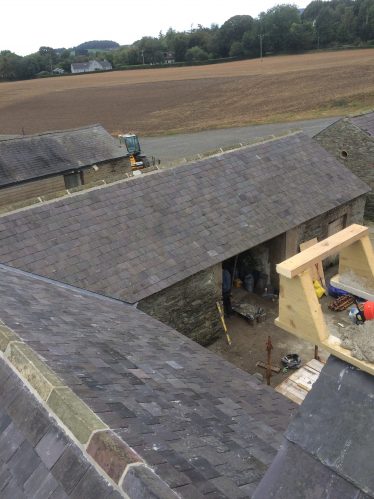 Significance of the Buildings

The house largely dates from the 19th century, with the older house surviving as the kitchen wing to the north. The property was leased from the Earl of Fitzwilliam, who lent his tenant James Jones, a significant sum of money to finance the building of the house and outbuildings, over the middle half of the 19th century.

The northern range of the courtyard is unpierced on its northern elevation, other than by an archway, located midway along the building, which provides access to the courtyard; an opposing opening in the southern side of the courtyard leads south, via farm tracks across the fields, to the village of Newcastle.

The site falls into the Wicklow County Development Plan (2016-22) Coastal Area of Outstanding Natural Beauty and Cell 6 of the coastal area, 25% of which is occupied by the Murrough coastal wetlands complex, supporting habitats and birds from Annex 1 of the EU Habitats Directive and Bird Directives respectively, as well as many migratory species.

The required Bat survey revealed the presence of five different species of bat on site, although only one species was found to be roosting within one of the buildings due for repair.  A number of swallow nests were found on site, with one live nest within the buildings affected by conservation works.

The buildings had reached a stage in their lifecycle where major roof repairs were required.  The client, whose family has been in residence since the early 20thcentury and have undertaken periodic repair works, was able to apply for funds through the GLAS (Green Low-Carbon Agri-Environment Scheme) Traditional Farm Buildings Scheme, to carry out these significant repairs to extend the life of the complex.  The Heritage Council who co-ordinate the GLÁS scheme, vetting and adjudicating projects on behalf of the Department of Agriculture, Food and the Marine, approved the application and the works to be carried out.  The appointment of a conservation consultant to prepare a method statement and identify an appropriate schedule of works was a requirement of grant support and Deirdre McDermott was appointed by the client in this role, to extend the life of the farm complex, to protect and conserve this built heritage resource and to accommodate future sustainable farm-related activities.