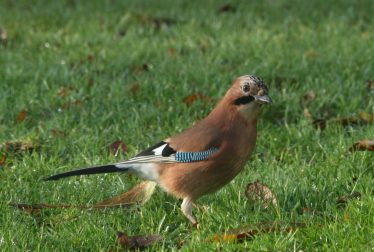 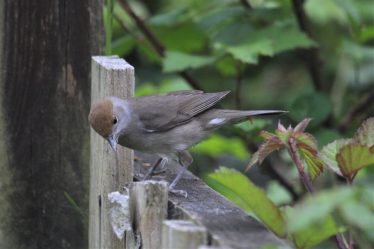 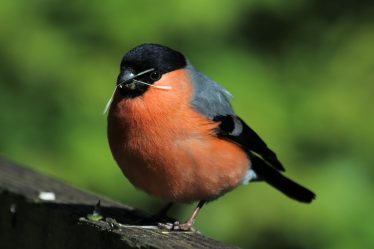 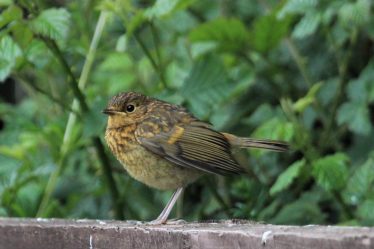 Early, April, the fieldwork season, including the annual Countryside Bird Survey has just been postponed for this year. The annual census along countryside roads and hedgerows is a marker for us who watch the seasons and the birds that go with them.  The effect of the lockdown was now extended to watching birds, on your own perhaps but likely to be more than a few miles or kilometres from home.

Birdwatchers are inventive enough at creating lists and challenges.  For one, the garden had lots to give and we had the time to observe it.    Eggs, nests, food for young, all watched intensively.  Not since we were kids with field notebooks had we been so keen to capture the moments.  The notebooks might have been replaced by mobiles and cameras, but the principle remains the same: keep active and interested!

Appropriately enough, in late April, the organiser of the Countryside Bird Survey, Dick Coombes came up with another idea for us fanatics: a 2km bird challenge, working within the confines of the approved Covid 19 restrictions.  The idea was, working alone to see or hear as many different species within a 2km radius of your home in a 24-hour period.  Your radius was easy to confirm on a website designed for folk to inform themselves of the limit for walks and excursions. Two walks could be undertaken on the day, to last about an hour or so each.   Other than that, you could watch and listen all day (and night) from the confines of your garden.

So how did I get on?  Combining a walk along part of a road linking Glenealy and Ashford, I managed 29 species on an early morning 2km stroll.  This total included a Red Kite and a few spring migrants, nothing spectacular, but a solid start.  My remaining walk covered part of Carrick Mountain, with its mixed woodland, a regular haunt for me. However, on the day the Woodpeckers refused to communicate, and other forest dwellers were too busy sitting tight on eggs no doubt.  I did manage to add Buzzard and Jay, but with a lack of any decent waterway, I was suffering.

Finally, the bird of the day!

Late evening post barbecue, I relaxed on a raised area behind the house.  By 9.30 pm I had seen and heard a Woodcock, a crepuscular bird that has a fascinating evening display flight, which traced a line from the nearby conifers to pass directly overhead.  I heard them call  a couple of more times and was about to pack it in for the evening when a silent and ghostly brown bird on big rounded wings beat slowly along the same line; a Long eared Owl, and the bird of the day for me.  Never give up hope, but I did retire early to bed, happy with my days total of about 36 species.  Others who had addresses closer to the coast were fortunate enough to include Broad Lough and The Murrough in their walks, ensuring bigger totals with plenty of water birds.  The combined totals of half a dozen separate counters came to a very respectable 94 species.  There is talk of doing a 5km one now!