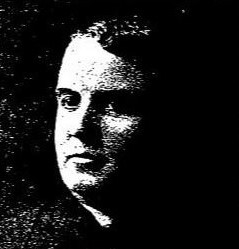 Today’s diversion is short and sweet! It is focused on the obituary of Dunlavin man John Lawler, a nineteenth-century immigrant who lived a studious life in America. Enjoy!

In the late nineteenth century, Dunlavin native John Lawler emigrated to America, where he furthered his education to such an extent that he became a leading figure in the famous University of Notre Dame in Indiana. He took orders as a cleric and took the name of Brother Albeus. His obituary appeared in the University magazine, ‘The Scholastic’ in 1913,[1] and it makes very impressive reading. It is reproduced in full below:

Albeus, Brother (Lawler, John):The closing days of the last school year at Notre Dame were saddened by the death of Brother Albeus, the treasurer of the University, on 14 of June. The deceased has been troubled for some years by a weak heart, and hence, while his death was sudden, it was not unexpected. He had been dangerously ill during the first week of June, but soon recovered sufficiently to return to his post of duty, where he died a few days later. Brother Albeus, known to the world as John Lawler, was born in Dunlavin, Ireland, in 1857. At an early age he came to this country and in 1883 he joined the Congregation of Holy Cross. After his profession in 1886 he was for many years, prefect in Carroll Hall and teacher in the preparatory department of the University. He was made treasurer of the University in 1901, in which office he remained until his death. In addition, he was for many years a councillor of the Provincial of the United States Province and a member of the General Chapter of the Congregation. In business ability, Brother Albeus was well qualified for the burdensome office with which he was entrusted for so long a time. He is fondly remembered by the students of many school years for his unselfish devotion to their interests during their days at Notre Dame. Among members of his community, he was always esteemed for his fine spirit of charity, his quiet but tense devotion to duty, and by the exemplary quality of his religious life. The ‘Scholastic’ may readily presume to represent all the Notre Dame students who have known the lamented Brother in extending to the University their sincere sympathy in the loss of its esteemed treasurer and in praying that the departed may speedily enjoy the reward for which he lived and laboured.

John Lawler from Dunlavin had left his native place and worked his way into an eminent position. He is remembered with fondness and pride in the university in which he taught for nearly thirty years. He was one of a number of emigrants from this area who had made good in a new life overseas. Of course, there were also thousands who left the Dunlavin area, never to return, and whose names, lives and achievements were never recorded. Many have faded into obscurity and oblivion over time. Many others, however, have lived full and varied lives and have descendants who still come to visit this area. The Dunlavin Diaspora lives on!