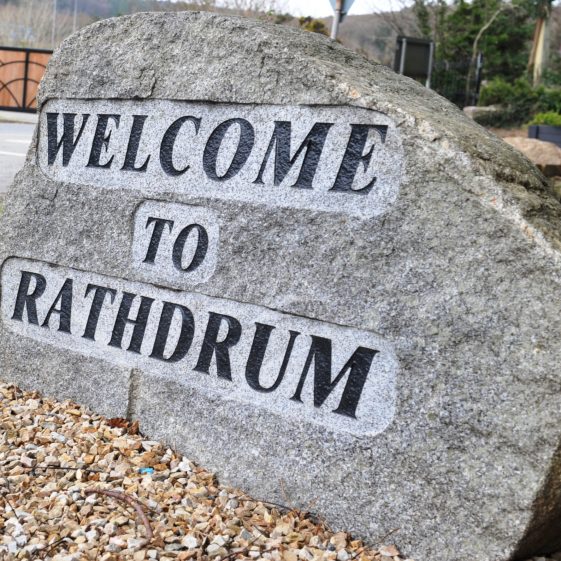 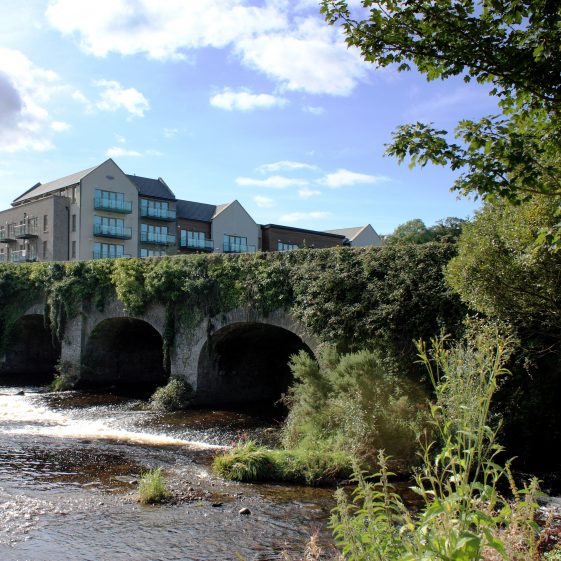 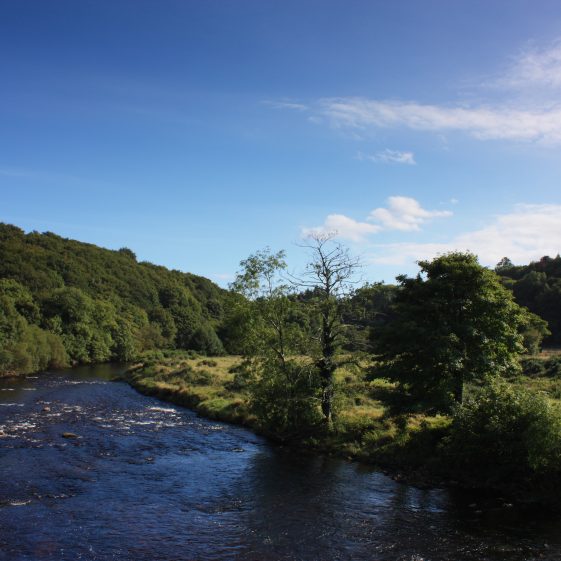 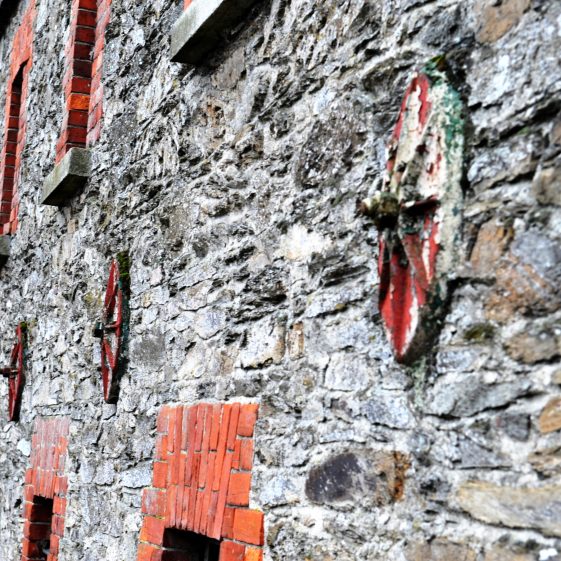 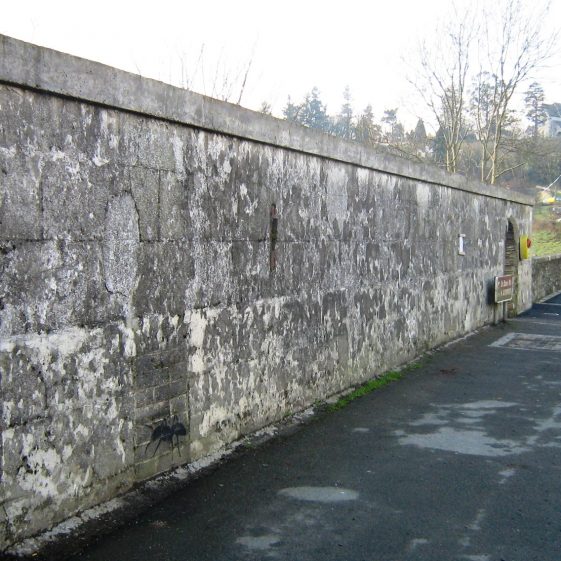 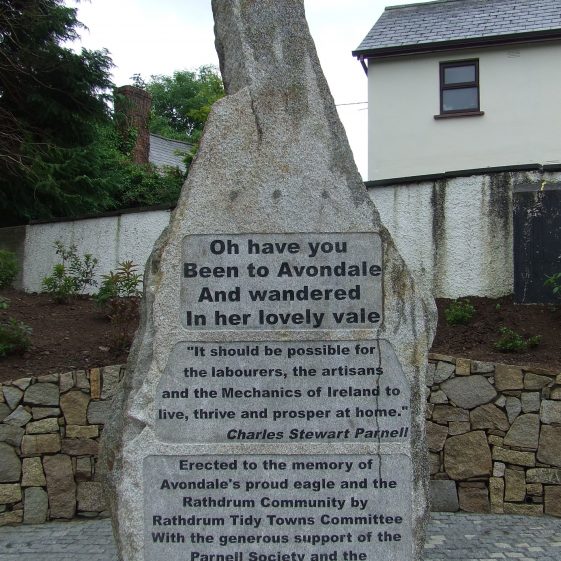 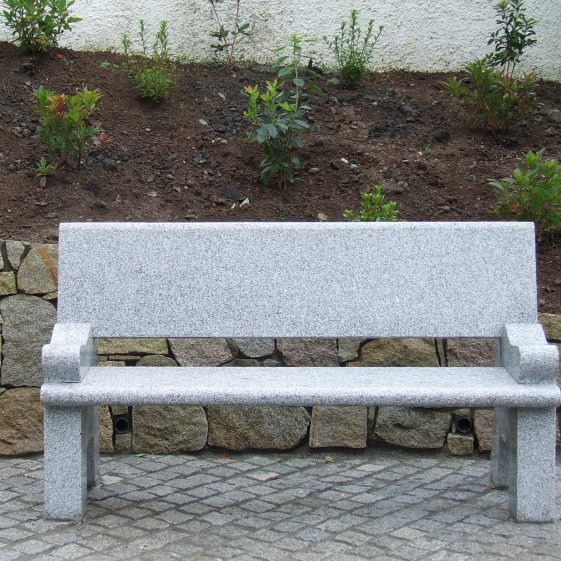 A seat to rest the feet
PURE Mile 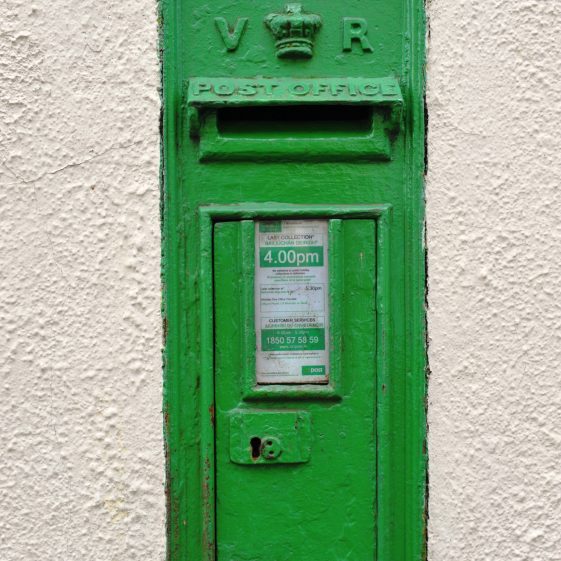 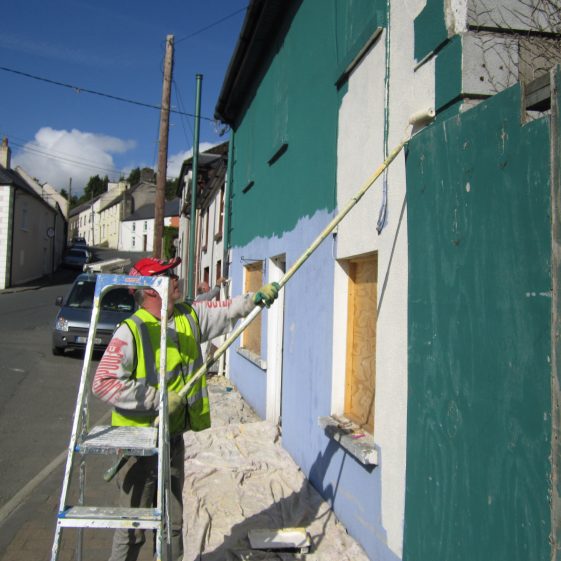 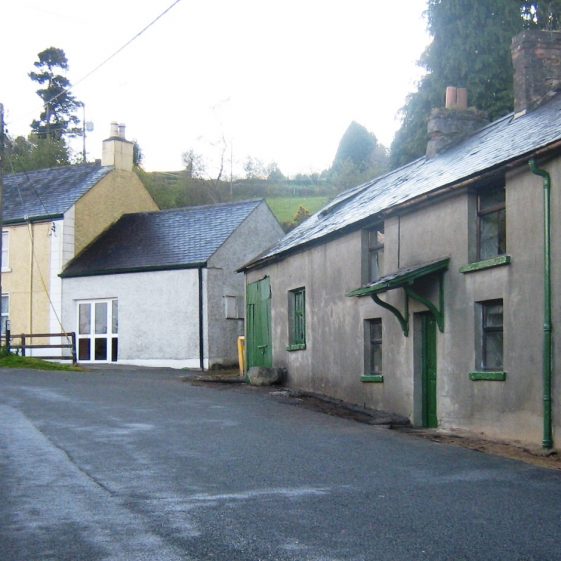 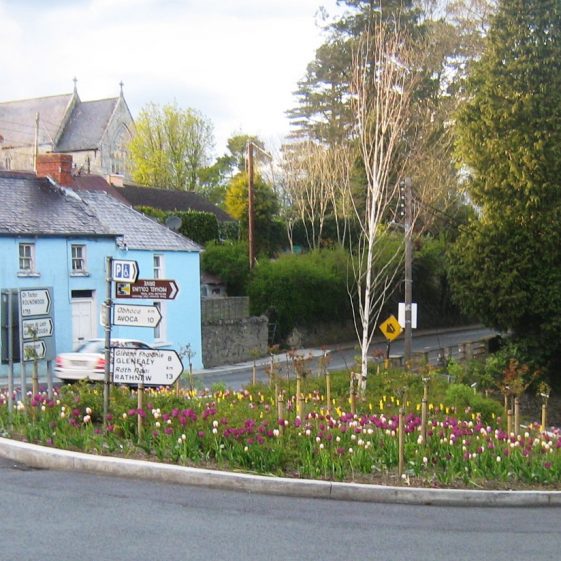 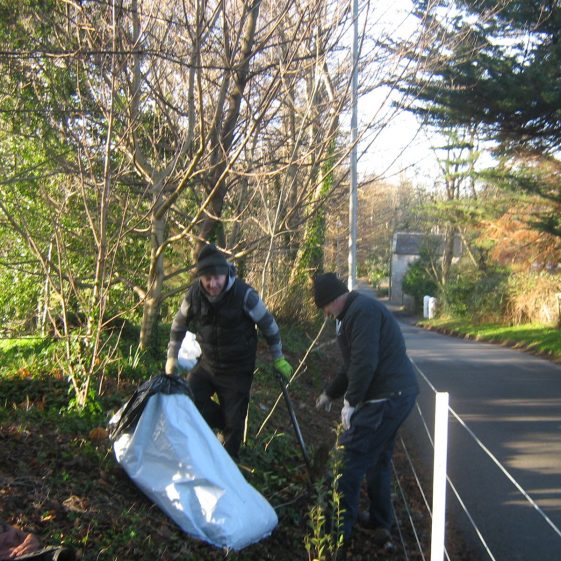 What it takes
Rathdrum Tidy Towns 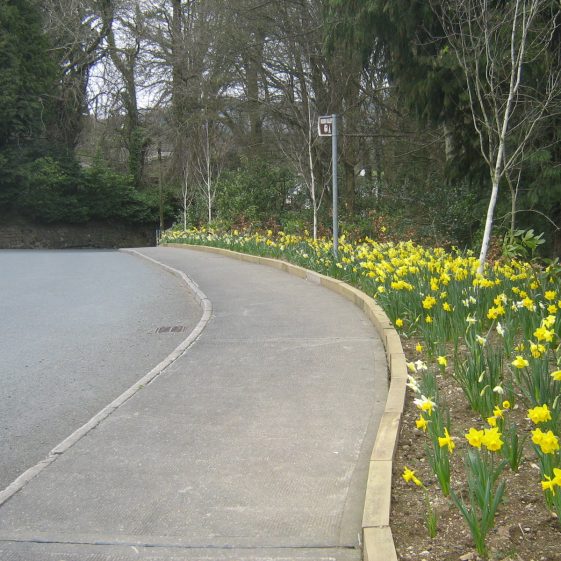 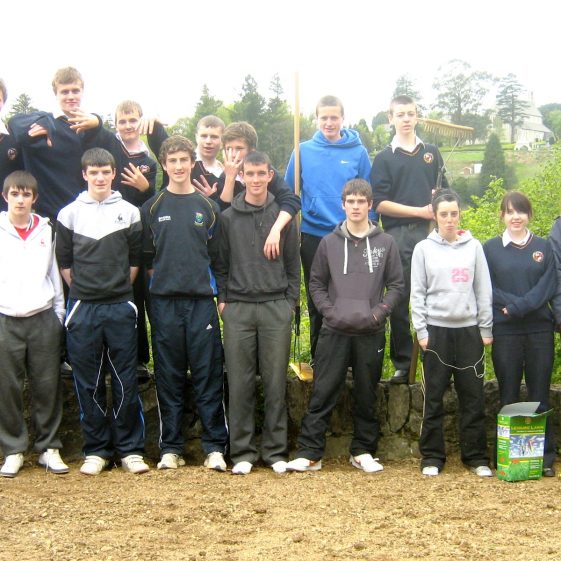 Yes we did it!
Rathdrum Tidy Towns 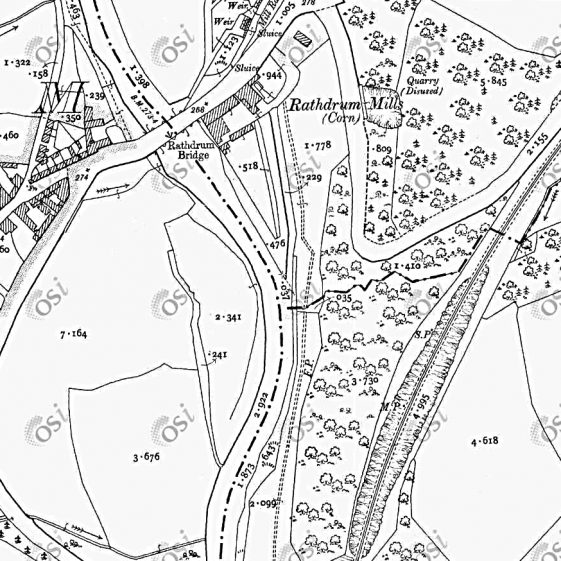 On the road to Rathdrum near the ‘Rock Turn’ there is a grotto, situated in the remains of the stone quarry. The grotto dates to the 1940’s and the quarry was previously used to mine stones to build the Mill.

Further down the hill towards the area known as Lowtown, there is a bridge over the Avonmore River. This bridge has four principal arches/bays with a fifth serving as the overflow from the old mill race used at one time to service the Mill.

The Mill area had a number of weirs and sluices to manage the water flow and these are indicated on the old ordnance survey maps –  www.osi.ie. The Mill was built in the early 1800’s, enlarged in the 1880’s and was a in turn a corn and a flour Mill.  It was acquired in the 1960’s by Wicklow Co-Op Agricultural Society.

The other features of the Mile include an old forge, a Victorian postbox, a stile and a recently improved river walk along the Avonmore river.

Behind the forge there is a large house known as ‘Ardavon’ though now derelict this house was once home to the former Mill owners the Comerfords.