You are here: HomenextPlacesnextARKLOWnextArtist George Campbell

George Campbell was born on the 29th of July, 1917 at Saint Patrick’s Terrace in Arklow. The son of Gretta Bowen and Matthew Campbell, his life began in Arklow then to Belfast for much of his youth and then onto Spain where he spent his adult life painting. 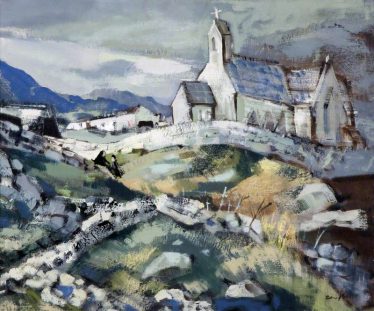 He died in 1979 back in Dublin and is buried in St Kevin’s Church in Laragh alongside his wife Madge.

Amongst his many achievements as an artist, he is credited with the founding of the Irish Exhibition for Living Art in 1943. He was made a Knight Commander of Spain in 1978 by the Spanish Government to acknowledge his status in the country. A square in Malaga town is named after the Arklow born artist, Glorieta Jorge Campbell.

Campbell’s art reflected his surroundings throughout his life, from the destruction from the Belfast Blitz to the Flamenco dancers in Spain. He also made stained glass for the Galway Cathedral.

On May 19th 2017, a plaque was unveiled to honour the 100th birthday of the artist at the place of his birth, Saint Patrick’s Terrace. 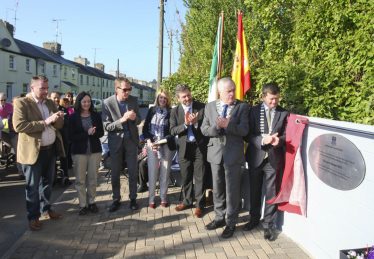 The Unveiling of the Plaque