You are here: HomenextPlacesnextARKLOWnextArklow Duck Pond 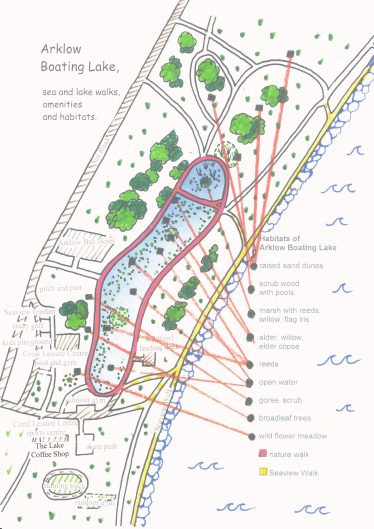 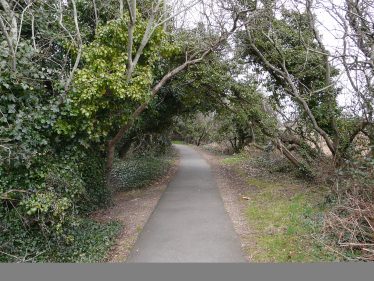 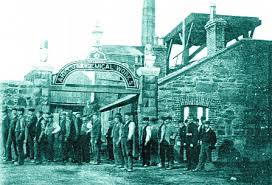 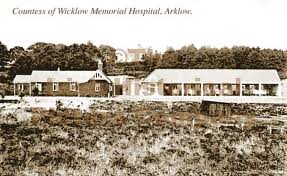 The PURE Mile is a walk around Arklow Boating Lake (locally known as “de duck pond”).  Until recently this amenity was little used by locals due to anti-social behaviour, littering, vandalism and neglect.

Arklow Coastcare began work on this amenity 5 years ago and has found that other services have been inspired to add to the existing amenities.

The Boating Lake is now a safe, litter free, biologically diverse and interesting recreational area which is used by all sectors of our community. We will continue to develop and improve the signage, the recreational facilities and the natural biodiversity of the area.

Where the boating lake is now situated was then the original course of the river until the 1840s, so the water table is very high there.  In 1958 it was turned into a boating lake, but the reeds reclaimed it and it’s now a wildlife sanctuary.

Between 1895 and 1918 the nature reserve was a vast industrial site and the location of Kynochs Munitions Factory. This site was perfect, with sand dunes, a town with a workforce and a port. Arkite or Arklow Dynamite was manufactured here for mining operations in Britain and South Africa.

In times of war Kynochs produced munitions, bombs, bullets and shells. It was a highly dangerous occupation and there were several fatal explosions, but the worst occurred on Sept 21 1917 when 27 people were killed. It was the height of The First World War and Ireland was still under British Rule and the Germans understandably looked on the factory as a legitimate target. It is possible that the explosion resulted from a shell fired from a German submarine in the bay, but nothing has ever been proved. The closure of this large factory in 1918 came as a terrible shock to the area as the population had enjoyed the benefits of Kynochs and were now facing destitution. In the area are still to be seen concrete structures that had been used by the Kynochs. There is some dispute as to what these structures had been used for but as the factory is still covered by the Official Secrets Act their purpose remains unrevealed.

Over the next two or three years, parts of the site and the many sheds, buildings and equipment were sold off. One of these buildings was the factory hospital which became The Countess of Wicklow Memorial Hospital.

The hospital was very well equipped and used for many accident victims on site. It was one of the few buildings in Arklow lit by electricity at that time. When the factory closed it was sold to a voluntary committee. The hospital was to serve the people of Arklow well, with x-ray facilities and an operating theatre. Its presence made an unpleasant trip to the nearest city in a horse and cart unnecessary. TB patients were also treated there because it was believed sea air was beneficial. The hospital had close associations with Dr Noel Browne the well known doctor and politician. It closed in 1961 and the site was acquired by a company who built The Arklow Bay Hotel.

Arklow Duck Pond is a small lake of slightly saline water behind raised dunes and coastal defence works which are made up of several diverse habitats. These habitats are a haven for many water bird species such as ducks, geese, swans, grebes, and gulls. There is a feeding deck which encourages visitors to view the birds close up. Three-spined Stickleback fish shelter in the reed, which also provides shelter and nest sites for the Moorhen and the Little Grebe and vital nesting material for the Mute Swan. The reed beds are also an essential habitat of the Reed Buntings which live among them throughout the year. Small wetland plants such as Bittersweet, Hedge Bindweed, Water Mint and Tufted Vetch grow on the north eastern bank. Yellow Flag Irises thrive beneath the canopy of broadleaf trees and Duckweed carpets the surfaces providing a refuge for the Common Frog and the Smooth Newt.

The area behind the raised west bank supports a very different kind of habitat. It is quite dry and the path runs through a copse of silver birch. 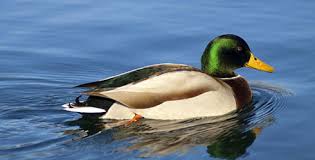 Biodiversity of the Lake

Several years ago, Sam Connolly, a biodiversity expert provided a survey of the Lake. His suggestions are continually referred to to improve the Lake regarding reed management, bat boxes, planting etc.

Future plans will involve research by Women of the World (WOW) that will refer to the rich history of the area. WOW is a local group of women who have agreed to get involved in the research, design and development of the following signage.

This project also received a National ‘Parks & Recreation’ Award from the Department of the Environment in 2014, click HERE to follow the link and read more